I want to break freeeeeee

In today’s contest, you can win a Switch copy of Dead Cells – Prisoner’s Edition from Signature Edition Games!

Today, we’ve got a beefy one! Not as beefy as say, a Beefy 5-Layer Burrito, but definitely a behemoth in its own right.

Signature Edition Games produces physical editions of beloved digital indie titles. They’re got this massive Prisoner’s Edition of indie darling Dead Cells up for grabs, and let me tell you, this thing has it all!

Read this short blurb about the game because there’s too much in this box I have to talk about:

Dead Cells puts you in control of a failed alchemic experiment trying to figure out what’s happening on a sprawling, ever-changing and seemingly cursed Island. Tough but fair combat, responsive controls, challenging foes, permadeath and of course, the emergency panic roll to get you out of trouble, make for a demanding, visceral and cathartic action game.

Experience a roguevania, mixing an interconnected world, branching paths and unlockable skills with the constant adrenaline-pumping threat of permadeath. No checkpoints. You either vanquish the final boss in one go, or you try again. However, you keep some of your progress for successive runs; new paths you’ve unlocked, access to new levels, mutations, abilities and weapons.

Ok, got it? Just read our review I linked above. It’s great. 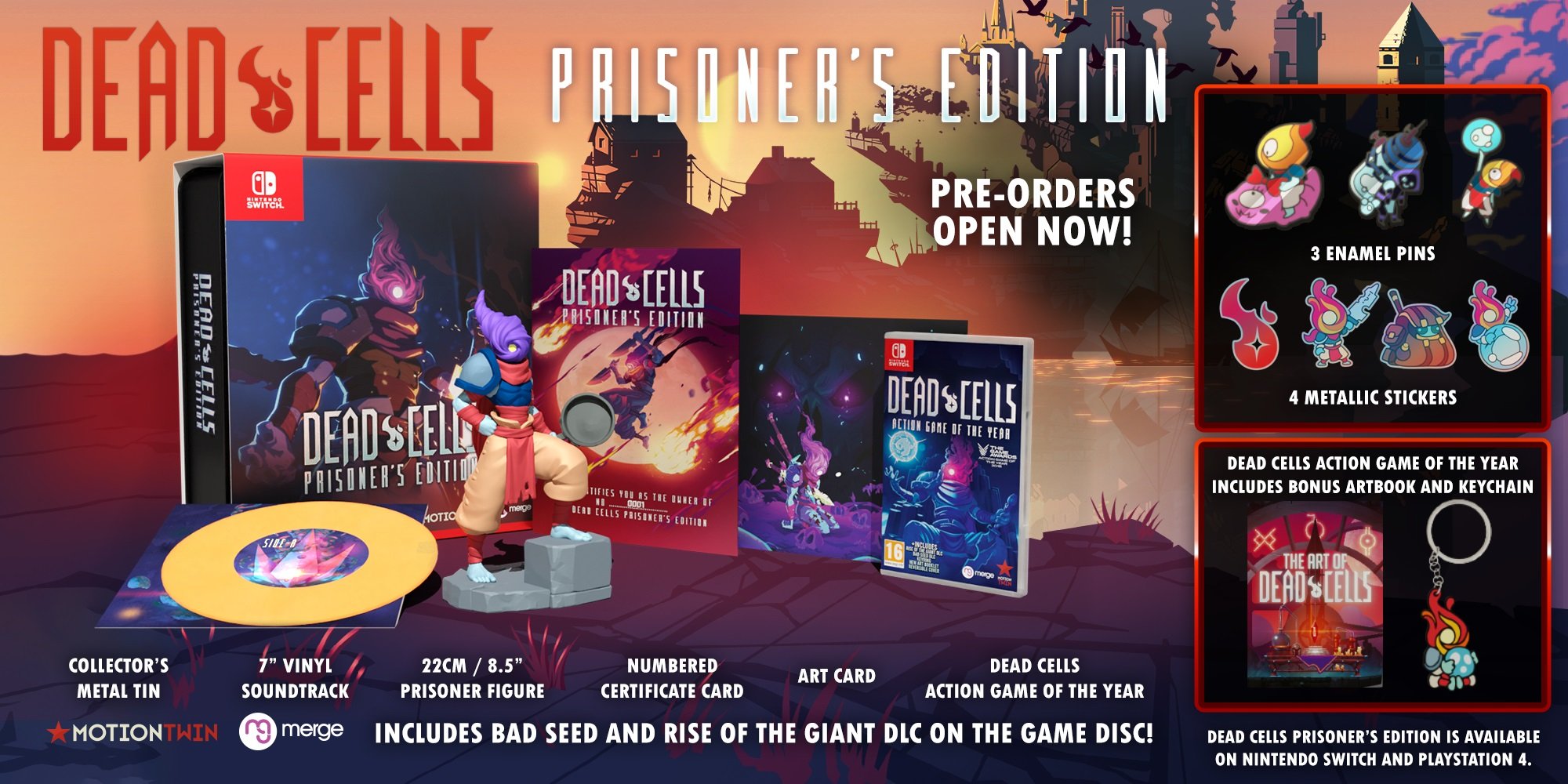 Holy crap look at the size of this thing! Signature Edition went all out for this one, packing in:

To enter to win your copy, use the widget below to leave your name and email address. You can enter daily. Click around for ways to earn bonus entries, and be sure to comment below telling us your favorite fast food taco item. That’s just for fun, because I’m curious.

We have one Switch copy of the game to give away; we’ll draw our winner October 23. This contest is open to residents of North America and Europe.