Crookzis a single-player tactical game has players guiding the movement of a crew of thieves through their missions as they infiltrate buildings, sneak around guards, and work through obstacles to lift their heist target. These thieves all have unique skill sets that forces players to think about how they’ll work together achieve goals. For example, a technician might have to cut the security cameras off so that the specialist can enter a room to pick a lock.

The game is presented in an isometric view, with the ceiling removed from a missions buildings and obstacles, letting players guide crew members through. Each member is directed by clicking on interaction points, like doors or locks, where context-sensitive options will pop up. Some of these situations have timing attached. For example, the runner would want to wait until an armed guard passed by before sneaking down a hallway. Otherwise, the game’s action stays paused, leaving the player to issue commands and develop strategies. 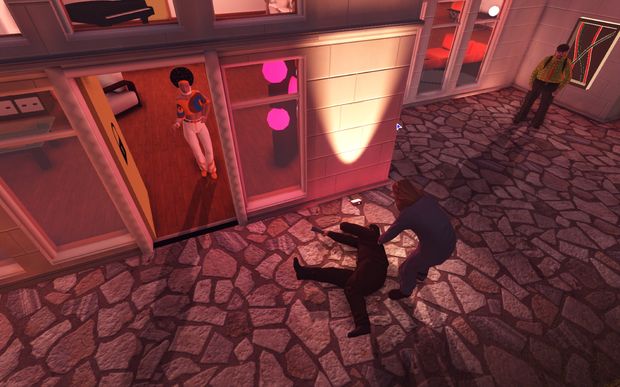 Crookz‘s missions play out like a large, multi branched puzzles. While applying different crew members’ specialities to is at the heart of the gameplay, there is some freedom for creativity with the game’s single-use items and found treasures. With the right item, the runner could temporarily take on the role of a technician to hack surveillance gear, for example. 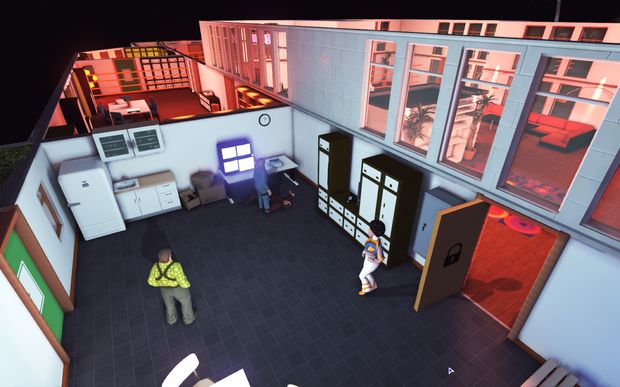 The music I heard during this showing was quite good. We were told that they hired a band to track the funky soundtrack, which comes complete with wah-wah guitars and drums.

There are a lot of games with thieves in them, but not many where they sport afros and leisure suits. I dig how the heist vibe somehow really fits with its tactical gameplay. With its 20 missions to work through, Crookz looks like a game that could be really groovy to really dig into.