And the invincible backdash returns 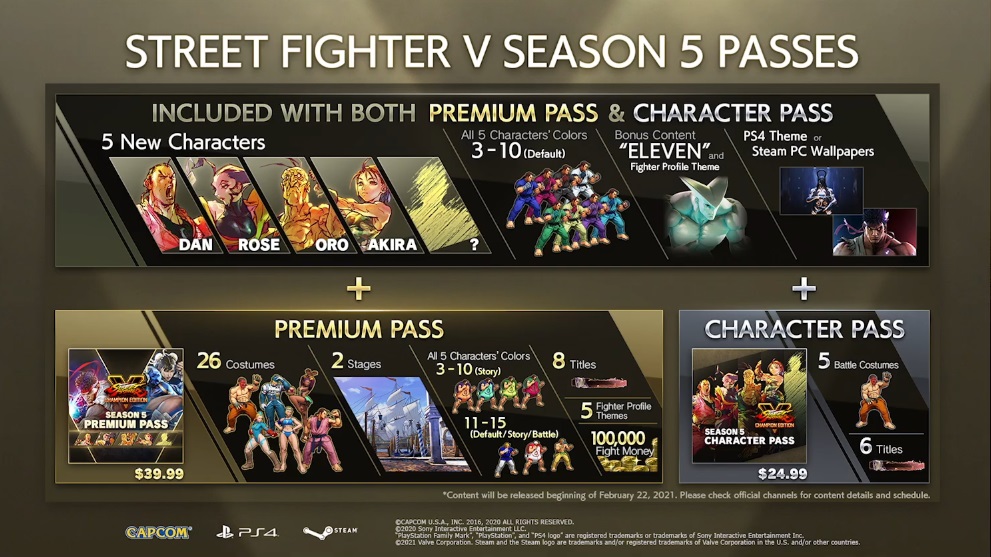 Perhaps more interestingly is the apparent inclusion of the recently leaked fighter “Eleven” who does not appear to be the character pass’ unnamed season five fighter. Instead – at least according to the above graphic which was displayed during the stream – Eleven will be a “Bonus Fighter” for players who purchase the season five Character Pass. This suggests that season five’s mystery character is somebody else entirely. C. Viper still has a chance!

You can check out the full presentation below, which includes an early build preview of Rose, a breakdown on Dan Hibiki, a look at the brand new training stage, and the first appearance of SFV’s new battle mechanic “V-Shift” which allows players to spend a bar of V-Gauge to perform an invincible backdash, much like that of Street Fighter IV.