The hyperactive cinematic introduces us to the 14 detectives of the Detective Alliance – each and every one of them highly specialized in a trademark field – who find themselves cloistered together on the remote “Morgue Island”. One of these lawmakers, however, is actually a lawbreaker, the notorious serial killer “Yatzuzakikou,” who is currently wanted for over 100 brutal murders.

With a killer among their midst and the body count fast rising, it will be up to high school student and wannabe investigator Wato Houjou to explore the island, hunt for clues, and interrogate each suspect before any more blood is shed, including their own. As one would expect, having a huge party of detectives on hand is pretty useful, and Wato will be able to call on each investigator’s certain set of skills to help ascertain the killer’s identity. But who can he trust? 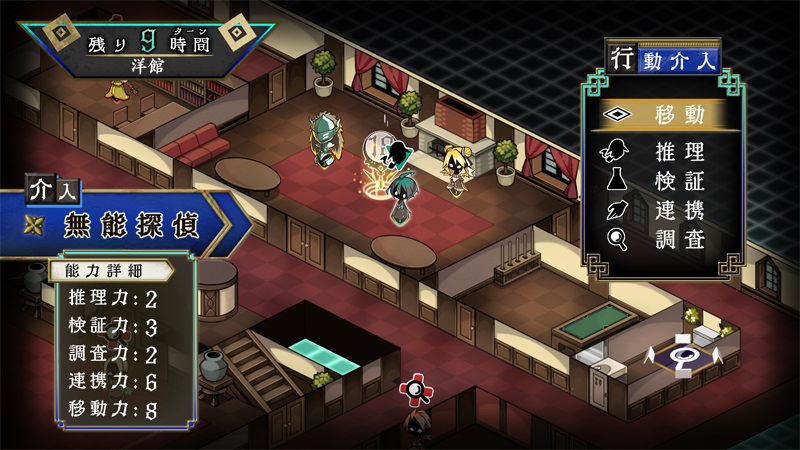 It’s impossible not to get a Danganronpa vibe from Tantei Bokumetsu – the “specialized” cast of characters, the murder mystery, the remote location, the character tropes, the wild fashions. The gameplay, however, does have its own unique style, depicting the action akin to a tabletop game. As to whether Tantei Bokumetsu will capture the same morbid fascination of Kazutaka Kodaka’s mystery series is a case yet to be closed.

Tantei Bokumetsu launches in Japan on PS4 and Switch May 27. You can check out more screenshots and character portraits over on the official website. No western localization has been confirmed.