You’re likely familiar with Dark Horse’s recent Hyrule Historia book, which did amazingly well for the company. At Anime Expo, however, it was all about their upcoming Yoshitaka Amano box set, The Sky, featuring three volumes dedicated to the Final Fantasy franchise. While the box is set to go on sale July 17, it was on advance sale on the show floor, and we’ll have an unboxing video before its release to show what the $89.99 asking price will get you.

In addition to The Sky, Dark Horse has published Amano’s first novel (with visual accompaniments), Deva Zanwhich explores his world philosophy against an ancient Japanese historical backdrop. On the gaming front, the company is getting more active with recent and upcoming projects including The Last of Us, a Halo mini-series, and something based on Tomb Raider that we’re told we’ll have to wait for San Diego Comic Con to hear more about.

I don’t think I’ll ever get enough of Amano’s work from theFinal Fantasyuniverse.Are there any particular franchises that you’d like to see Dark Horse tackle next? 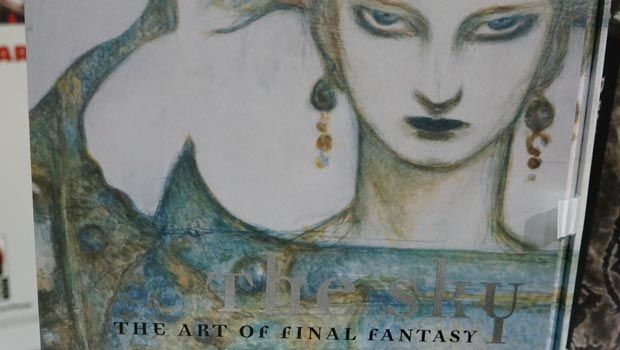