We’re less than a month out from the release of bonkers mystery title Deadly Premonition 2: A Blessing in Disguise. Thanks to a new update on the Nintendo.co.uk, more information has been revealed regarding the upcoming sequel’s intriguing “Two Cases, One Mystery” narrative.

The first case is set in 2005, (five years before the events of the original game), and sees Special Agent York teaming with the local sheriff’s daughter, Patricia Woods, to investigate a grisly multiple murder case in the town of Le Carre, nestled deep in the Louisiana outback. Meanwhile, in 2019, FBI agent Aaliyah Davis and veteran detective Simon Jones are looking into some strange disappearances in the heart of Boston. Could these cases and characters be somehow linked? Well, It’s pretty obvious that they are, but it will be the player’s task – as both York and Aaliyah – to piece together a grim mystery 14 years in the making. 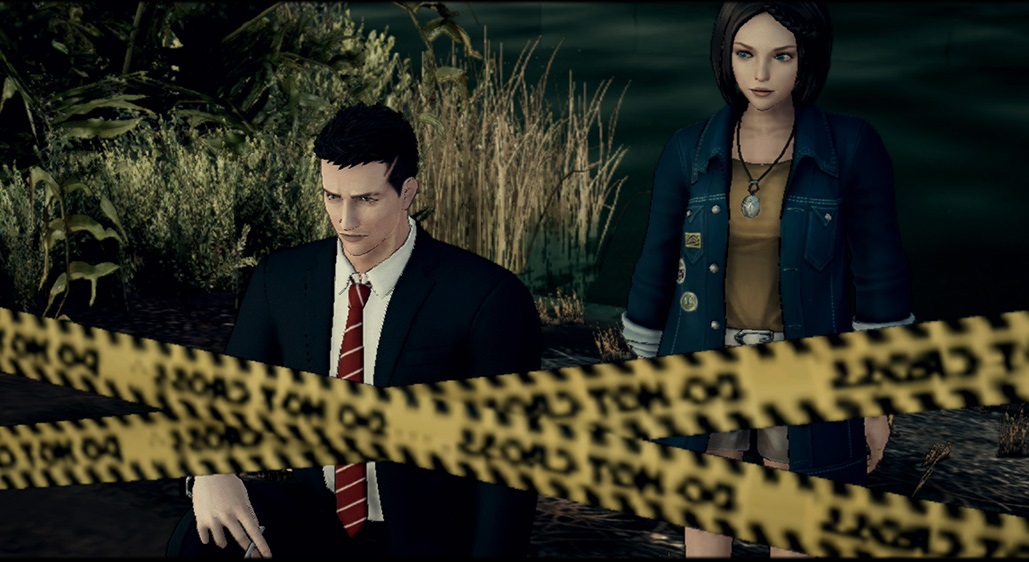 Fortunately, it’s not all corpses and poorly-made sandwiches, as York is able to take time out to enjoy some of Le Carre’s local colour. Not only will there be a whole host of side-cases to complete, but York can also visit the local bowling alley, take a ride through ‘gator-filled swampland, skim stones across the river or, naturally, go skateboarding, You’re through, Hawk.

Deadly Premonition 2: A Blessing in Disguise is something of an anomaly. With any new release, expectations are hopeful that the final product will turn out awesome. But the Deadly Premonition name now carries with it a certain, well, crappiness. As such it almost feels like developer Toybox may have to intentionally find a sweet spot between being Terrible/Good and Terrible/Terrible. Is that harder than simply making your game “great”? Possibly. But either way, all eyes will be on this very strange sequel come launch day.