Later today, we are expected to hear some solid news regarding Hideo Kojima’s baffling sci-fi project Death Stranding. Following on from the recent “Create The Rope” and “Help Us Reconnect” videos, a third tweet adds the new and equally mysterious “Tomorrow Is In Your Hands” clip.

Given that Norman Reedus is lugging around a baby in a jar, all of the above points to the concept of the future of humanity resting on the protagonist’s mission. In fact, supporting this theory is a pre-order page that was recently discovered on the PlayStation Store, which includes a short synopsis for the upcoming release, along with several in-game trinkets. 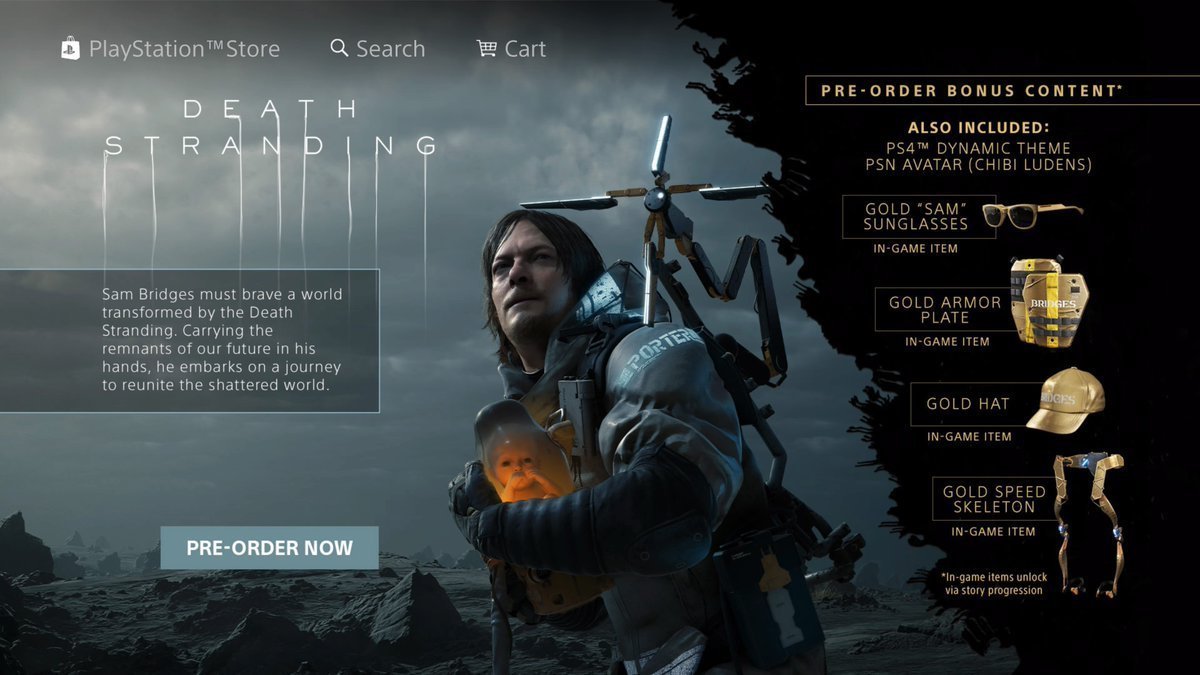 Given the frequency of these videos, and the sudden appearance of the pre-order page, it seems a given that today will indeed see Kojima Productions deliver something more than just abstract videos, and I’d be very surprised if we didn’t get a release date at the very least. Stay tuned.

Death Stranding is currently in development for PS4.