2020 was another memorable year for PlayStation, to the point where, at least for some of us, there wasn’t necessarily a clear-cut list-topper – more like a few “favorites” to rattle off and reflect on.

That said, one game, in particular, resonated with a lot of players. One game really clicked.

If the critical and ongoing commercial success of Ghost of Tsushima is any indication, there was a huge untapped audience waiting for a talented studio to sit down and craft a tight open-world samurai adventure. That crew ended up being Sly Cooper‘s own Sucker Punch Productions, and while the game took longer than fans probably expected, it nailed the concept on the first try. I’m pretty convinced we’ll get a sequel and it’ll move things forward, but as is, this was a fantastic starting point for a series.

Ghost of Tsushima didn’t materialize out of nowhere – it owes a lot to the open-world games that came before – but there’s an art to collating the best ideas and building on them in big and small ways. This is a familiar romp in many respects, but at the same time, it feels uniquely identifiable. It’s built just so.

Racing down picturesque foothills on horseback, perfecting my ideal armor-clad fashion, picking off burly soldiers one by one in a fortified camp behind enemy lines, dueling with an imposing figure against the howling wind – there were so many moments to appreciate in this game. And if you missed it back in October, the free Legends multiplayer expansion is worth investing time in. It’s shockingly robust.

I’m thankful Ghost of Tsushima is not only a PS4 game, but a PS4 game that plays and runs as well as it does. It’s a fitting swan song for this console generation – a culmination and a transition all at once. 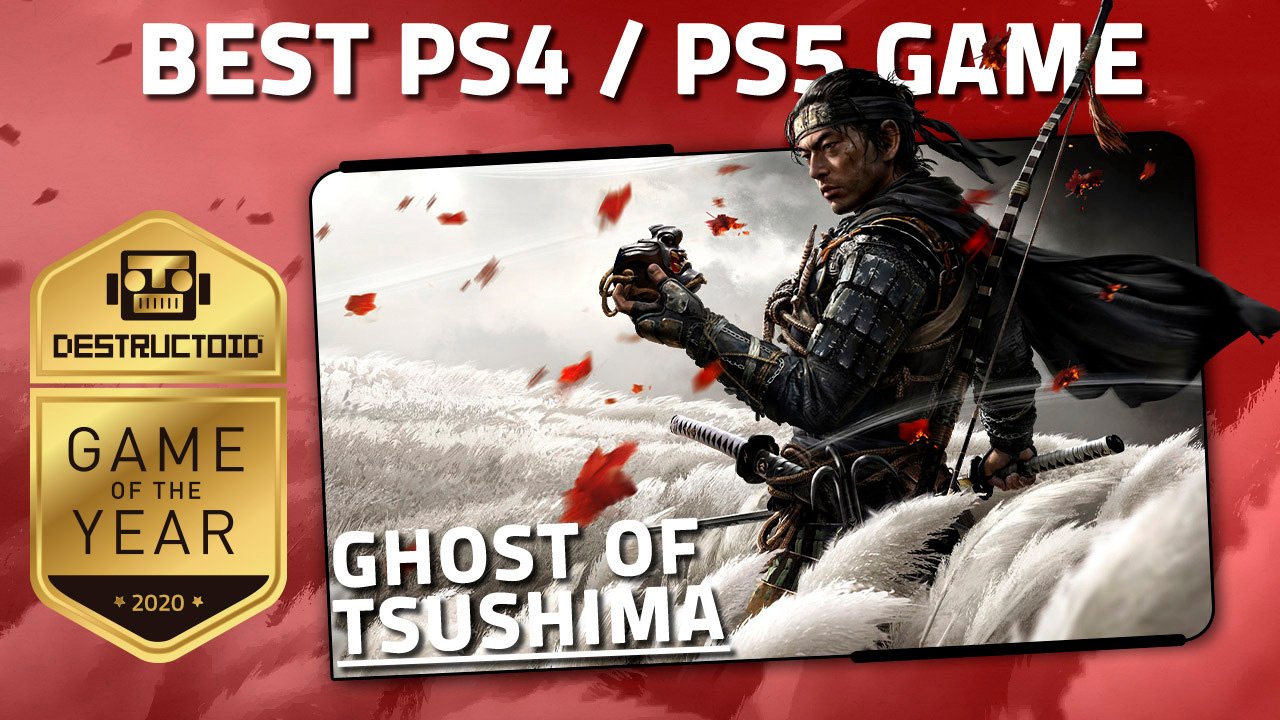