Fun for the whole demon-hunting family

What little I’ve seen of Devil May Cry 5 is enough to tell me what we’ve come to expect: this game rules. It goes to show that if studios take time away and return to a series with a clear and creatively-recharged mind, great things can happen. Director Hideaki Itsuno isn’t holding anything back here.

Capcom brought a short playable segment to gamescom and PAX, and we took the latter opportunity as our chance to catch up with Nero. He’s such a lovable scamp this time around. It seems like Devil May Cry fans have grown more of a soft spot for Nero in recent years, but if you’re bummed he ever got the spotlight in DMC4, this latest outing should warm you up to the wisecracking lad. He has a robot arm!

The demo was relatively restrained by Devil May Cry standards, but I still had a great time slicing, shooting, and blasting lesser demons and taking on an early boss fight. That’s a reassuring sign. If a game is this satisfying in a tutorial-esque opener meant to onboard players, it’ll hold up well.

Frankly, I don’t have a ton to report that you wouldn’t have already gleaned from trailers. You’re a perceptive bunch. Nero’s revolver hits hard. His sword feels right. His Devil Breaker arms come in multiple types, opening up possibilities with varied basic attacks and powerful charge-up maneuvers.

My personal favorite was a Devil Breaker that can unleash a continuous energy blast if you can find enough of an opening to set the attack up. The arms work like ammo (you’ll find more scattered around the level), and you can even strategically “break away” from your arm to escape a demon’s clutches. 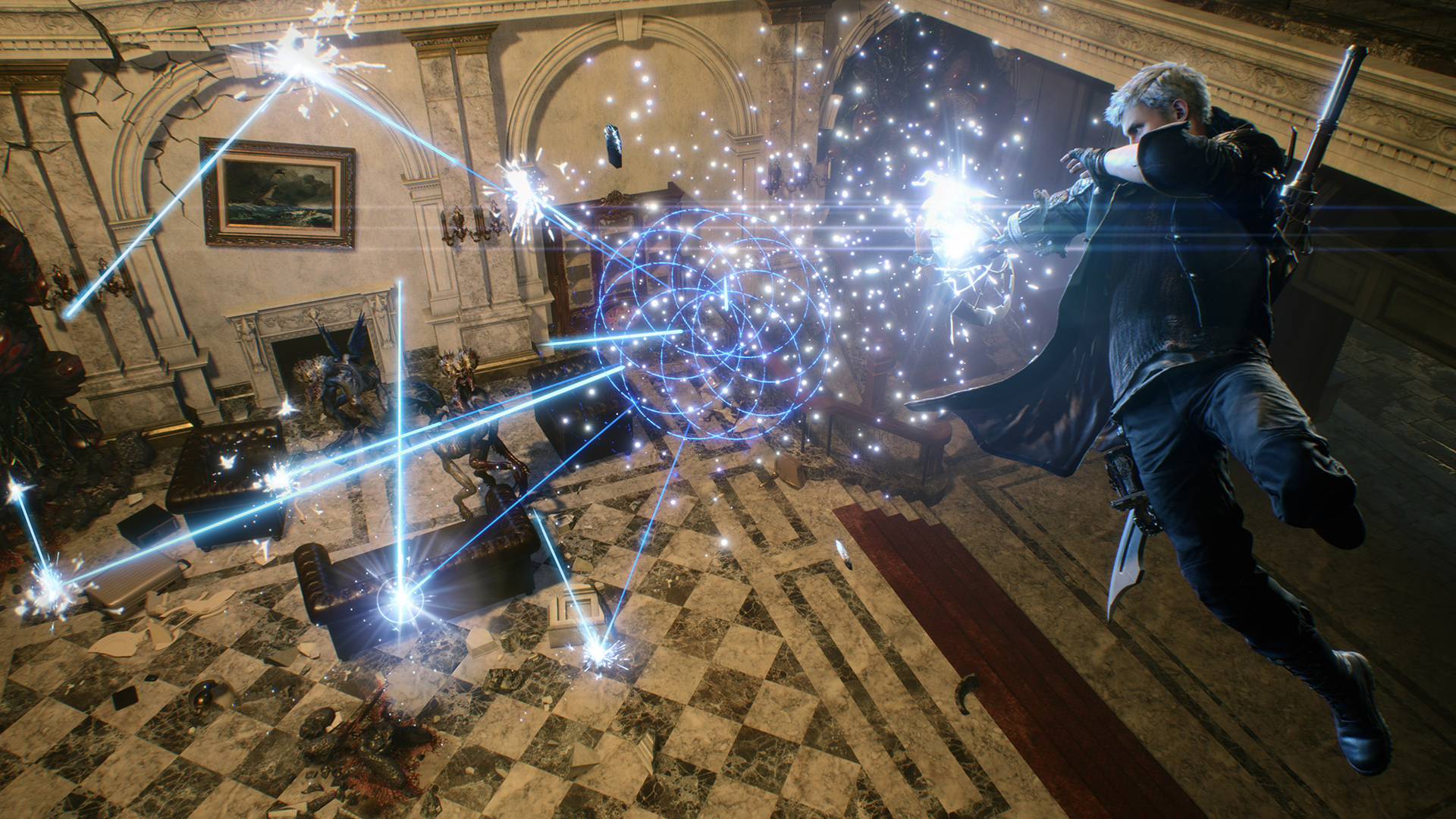 The demo build culminates in a brawl with the incandescent colossus Goliath, a big ol’ humanoid demon with a gaping maw on his stomach. He pulls the whole “Do you know who I am?” shtick and Nero promptly shows the hopeful king zero respect. The fight itself had me rolling around to dodge arm smashes, grappling towards Goliath’s head for aerial combos, and ditching my Devil Breaker to avoid getting sucked into a vortex created by the secondary mouth. It was a fine introductory boss.

We’ll have to wait until later this year (probably Tokyo Game Show?) to see more of Dante, who wields a freakin’ motorcycle, and the Very Mysterious third playable character. I was already stoked for Devil May Cry 5, but this hands-on showcase cemented my feelings. You have every reason to be excited.

And if you’ve never touched Devil May Cry before, consider this your way in.