Theatrhythm Final Fantasy: Curtain Call has added the option to use buttons instead of the stylus. Game producer Ichiro Hazama told us in an interview at E3 today that he was thinking that fans that play 3DS while laying in bed might enjoy this alternative control method. I told him that I think I might be better at it than the stylus method. 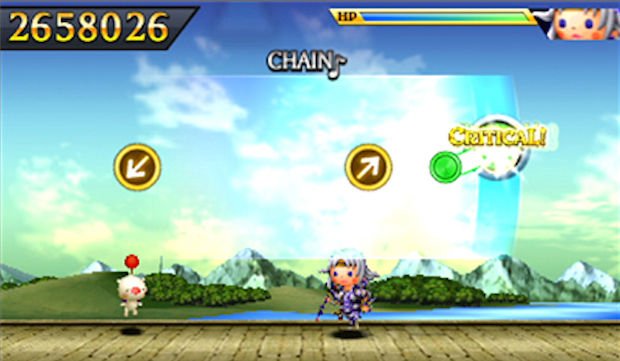 Instead of stylus taps, players can mash on the face buttons in time. I tried all of the face buttons and even the right trigger button — all of them seem to work. For directional swipes, players can sweep on the analog pad in the correct direct instead of using a stylus. Curtain Call seems to be pretty forgiving as even lazy swipes in the general direction registered as correct.

I quickly found that the responsiveness of the 3DS’s clicky face buttons had me blowing through a couple of test stages quite easily. Taps, swipes, tap-and-hold figures, and tap-hold-swipe moves came off easily, even through the really quick phrases. I aced the first few stages I tried, no problem. Even turning the difficulty up on a couple of songs had me finishing with high ranks.

Now, on a technical level I think that the field music stages are probably easier with stylus play. Following their wavy paths is pretty easy when tracing, and there’s no need to tap out the rhythm points on these paths when holding the stylus to the screen. With button play, the player has to tap the rhythm dots as they pass while guiding a target with the analog pad. It takes a bit more coordination, but I think it’s more enjoyable than playing with the stylus. 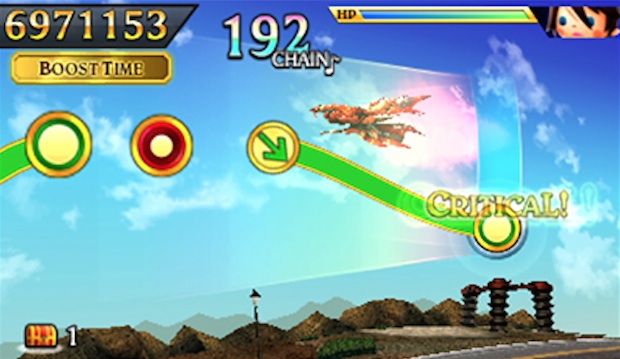 I wasn’t able to try some of the more difficult stages with the button mode, but I already feel pretty good about it being my new default control mode for when I finally get to play Curtain Call on my own time. My reaction time seems quicker and my moves seem to be more accurate with the buttons.

Hazama told us that he thinks that the stylus mode is easier and that novice players should definitely start with it. But I recommend trying both when Theatrhythm Final Fantasy: Curtain Call releases later this year. For me, the button play is a game changer.