Amid the hustle and bustle of PlayStation Experience 2016, I utterly missed seeing one of the newly-announced games, Dino Frontier. We must talk about it now, for a few reasons. 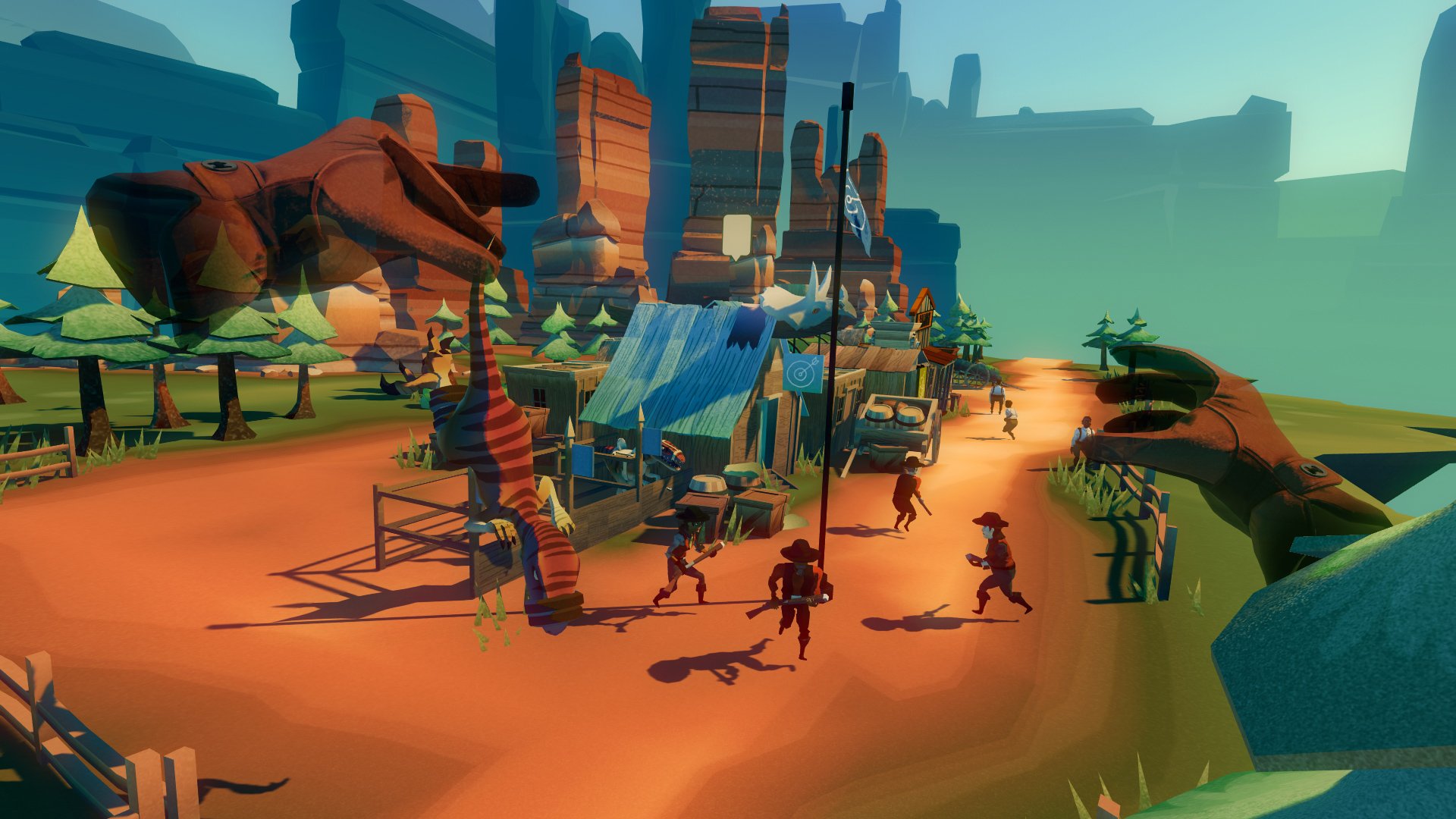 More than just a novel idea, Dino Frontier is in development at Uber Entertainment, who previously brought us Monday Night Combat, Planetary Annihilation, and fellow PlayStation VR title Wayward Sky, so it’s likely to run, look, and play fairly well. The studio describes it as a “light simulation where settlers act semi-autonomously to fulfill their wants and needs.”

The game will be out next year on PSVR. I’m just smitten by the idea of it!