John Romero’s decapitated head is hidden in there

What’s your first reaction to this sculpture based on Doom II‘s last level, Icon of Sin? If it’s “Holy shit, I don’t know where to look but everywhere I look is crazy impressive,” we’re a lot alike.

Artist Jason Hite put together a special video for the piece complete with sound effects from the game. He’s also got a blog post discussing the creation process. His description of the squished Cacodemon corpse is great (as are the rest of the photos):

“The Cacodemon (or evil tomatoes) was actually my favorite thing to make,” he writes. “I sculpted it quickly during lunch with Monster clay. After I molded it in silicone, I carefully took out the clay, cut the top off and re-sculpted the bottom to make the Cacodemon’s mushy corpse. What’s neat is, I used only the clay from the original Cacodemon, as to not add too much mass to the body.”

The sculpture is on display at the Copro Nason Gallery in Santa Monica, California until November 8, 2014. Hite’s work looks right at home (semi-NSFW) next to the other freaky pieces.

For the sake of comparison, here’s the source material (via Doom Wikia). 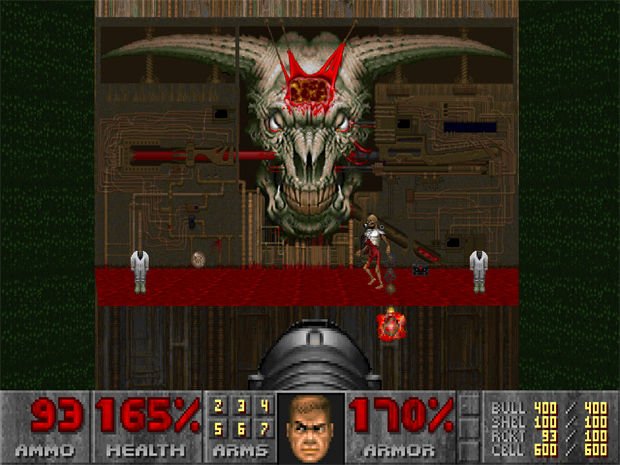 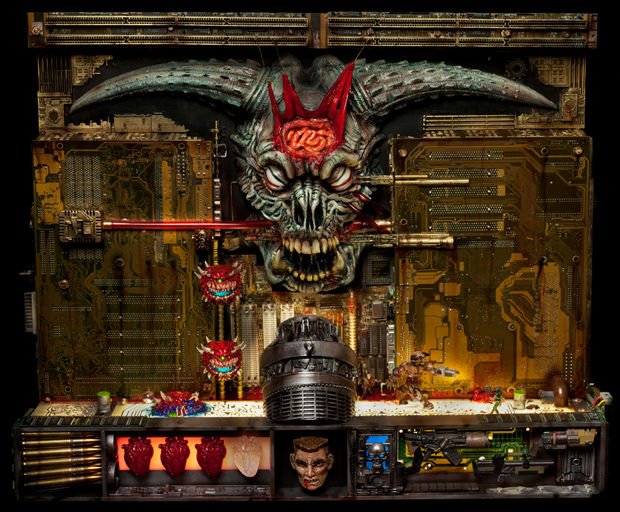 So damn cool. I’ve always wondered what the demon’s body looks like.