Choose your own misadventure

While scoping out titles in the Indie MEGABOOTH at PAX East, I ran into long time Destructoid community member Andrew Benton, and we continued to look at games together. Dyscourse was on my list to play, so we both started up the demo on separate computers.

Though my experience with the choose-your-own-adventure style game was neat enough on its own, the real magic came afterward. After talking with Andrew, I learned that we experienced wildly different stories, despite starting in the same spot and being presented with the same challenges. It highlights Dyscourse‘s main strength: it varies significantly based on the player’s choices throughout the many-branched narrative. 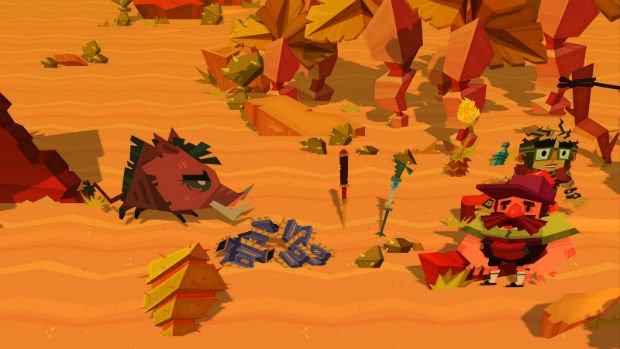 Dyscourse follows a barista named Rita who wakes up on an island after a plane crash. After meeting other survivors of the crash, the group does what it can in order to survive, and Rita’s decisions take the story in different directions, depending on how certain scenes play out.

Each in-game day sets up with the player deciding how to spend that day. There are too many tasks to complete and not enough time or manpower to do them all fully, so choosing one course of action necessarily postpones or cancels the other options. As stranded passengers, Rita needs to consider collecting clean water, finding food, protecting the camp, and signaling for help, among other activities.

Each day takes about five to ten minutes to play through, and the final game is set to last about ten days. The demo at PAX showcased only the first three days, but even after that amount of time, a lot happened on the island. 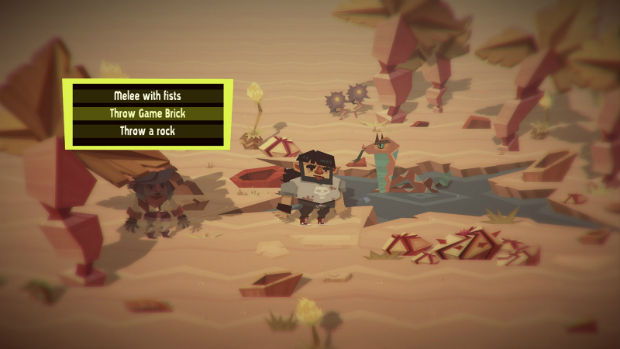 In my play through, on the first day, one of the other survivors took one of two weapons off to find food, while I kept Rita at camp to defend it. A wild boar attacked the camp, and in a very Walking Dead-esque scene, I was forced to choose to aid one of two other characters. The character attacked by the boar was not killed, but he was put out of commission for two days, and I suspect another misfortune would have ended him.

On the second day, I chose to try to find water with the greasy gamer stereotype. We were successful in collecting water for the group to drink, but he got covered in leeches. He was incapacitated for a bit after that.

On the last day of the demo, I finally took the eccentric Teddy’s advice to try to send a message for help. We built an SOS into the sand using logs, and while scouting for materials I found some juicy information about some of the other passengers. I chose not to share the gossip. By the end, all of my characters were still alive, though some were more banged up than others. Things were looking up. 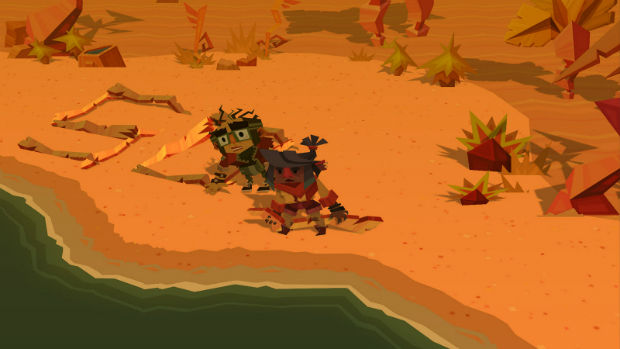 As it turned out, Andrew never gave in to Teddy’s pleas in his play through of Dyscourse. Frustrated and paranoid, Teddy murdered Rita for appearing to conspire against him and sabotaging the group’s chances of rescue. From the sound of it, the story took a dark turn, and was not nearly as hopeful as mine.

Where most games with a focus on player choice (The Walking Dead, Mass Effect) tend to tell a linear story with slight variations, Dyscourse appears to be on track with fulfilling its promise of a truly branching story. With ten days worth of choices, the number of possible combinations could be staggering. If it ends up with only a fraction of that number, it could still be quite a special adventure indeed.