ZeRo and DarkDragoon double up on doubles talk

The Super Smash Bros series is one of the few ongoing competitive fighting game series that was designed from the ground up for two-on-two simultaneous play, but you might not know that if you only went by the biggest moments at this year’s EVO. The competitive Smash Bros scene is mostly concentrated one-on-one matches, with items off and other random elements removed as much as possible.

It makes sense to take out as many “unfair” variables from a contest of skill, but why take out doubles? If doubles in tennis can be “fair”, or if team eSports like DotA and League of Legends can make it big, then why can’s Smash Bros? I asked E3 2014 Smash Invitational Tournament winner Gonzalo “ZeRo” Barrios and Melee Info site runner Nicholas “DarkDragoon”Konstantino why they thought doubles has taken the back seat in the Smash competitive scene, and how that might change with Super Smash Bros. 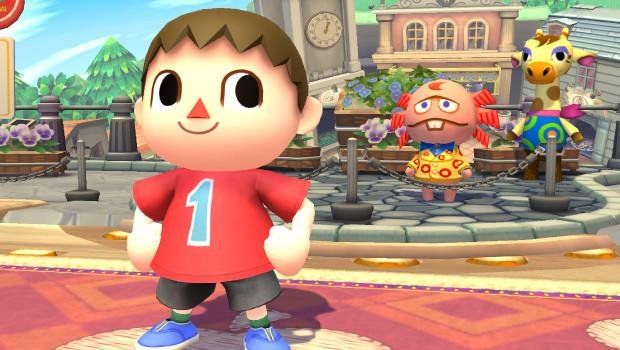 When initially asked why doubles Smash Bros never “caught on”, Nick replied brassily “I don’t think it’s fair to say they never ‘caught on’, since a significant portion of competitive Smash history is rooted in the popularity and complexity and amazing things that come out of doubles. On the other side of that coin, however, is that the complexity and depth of it makes it much more difficult to watch or to effectively train for.”

Never to make a claim without backing it with facts, Nick sited a few instances where doubles play affected the Smash competitive scene as a whole-“The most popular smash meme (I do believe it has overtaken “FINAL DESTINATION” at this point) ‘WOMBO COMBO‘is a direct result of Melee doubles play. Also the acclaimed old school Melee player and father of the modern Melee Falcon Isaionly started playing Melee to take part in teams competitions, only trying hard in team competitions. The Ken and Isai “unbeatable” team was a huge piece of Melee history, and Forward and Taj finally taking a set from them and Azen and Chillen out-placing them were HUGE accomplishments.”

Never one to only see one side of a situation, Nick reflected on how “The two-on -two, or ‘doubles’ as we refer to it, has always been a staple event at tournaments almost since tournaments themselves started. They were never the ‘main event’ however, it was just an alternative bracket for everyone to get even more Smash action out of, but much less felt like it was on the line (and to be fair, significantly less money was on the line compared to singles in probably close to 100% of all cases). However, sometimes the doubles event would retrospectively be the highlight of the tournament, depending on how the sets in singles played out.”

ZeRo seemed to agree, stating that“Doubles is considered to be the ‘side meal’, while singles is the ‘meat’ or so to speak, where you earn the most respect and prizes from winning events. Almost every event features a doubles and singles competitions for the Smash games being played there. It’s very common to play them. We saw them at MLG, EVO and CEO this year, for example. It’s a format that’s very loved, but just, not as big as singles.” 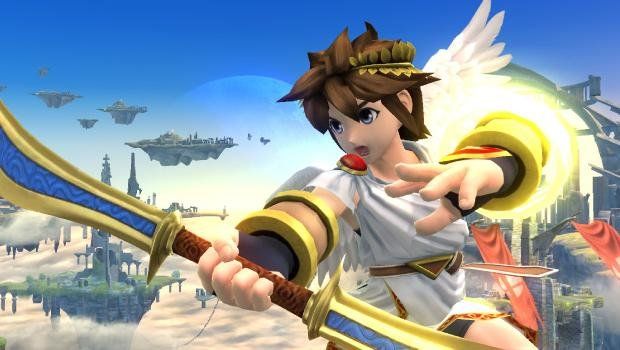 So far, we’ve just talked about Melee, which is far from the whole story, especially in Japan. According to Nick “As competitive gameplay for Brawl got more and more defensively oriented and less ‘spectator friendly’, Brawl doubles remained a shining and beautiful diamond that managed to remain interesting and even comparable to Melee doubles excitement. The biggest welcome change that resulted from Brawl doubles was increased character diversity.In Japan, however, Brawl has a huge scene. So much so that they even host specifically doubles tournaments, and they’ve advanced the doubles metagame so much that even top singles MK (Meta Knight) players in double MK teams cannot win those tournaments (latest results here).”

The video below is one of the example’s Nick showed me displaying how two technically less skilled players (Lucas and Lucario) can use the team dynamic win against players who would likely defeat them in one-on-one matches.

But what about the world outside Japan? Why isn’t Brawl doubles big anywhere else? Sadly, Meta Knight is likely to blame (again). Nick says “In America, the fear that Double Meta Knight teams would run rampant (and they definitely would have, knowing the American meta…), several TO’s decided to ban Double MK after the Doubles Grand Finals of APEX2012which, although all 4 players were playing incredibly well, was seen as boring because it was all the same character, which is a rarity for teams play.”

ZeRo also notes the reality of Nintendo’s lacking online system as major barrier, stating “The reason it’s not as big, in my opinion at least, it’s because of how teams for anythingwork. To have a good efficient team, you have to put time in the team. In Smash, since we don’t have an online mode that allows players to correctly practice the format. Brawl/Project M can’t be played online anymore, and Melee doesn’t have a good enough platform for it. Maybe for 2 players, but definitely not for 4 players connected to it. This heavily affects players from forming a good team, effectively negating them from winning said events. You can’t practice, or develop synergy.”

So when it comes to the reality of competitive play, being in full control isn’t just a goal, it’s anecessity, stating “Most of the time Smash events feature players from all over the world, and your teammate is almost never near you. Things like this make teams a smaller format. Some people think. ‘I shouldn’t enter if I don’t have a shot at winning’ against established and experienced teams. Teams is all about teamwork, really. Takes a lot of time. And singles is more of a personal thing. That’s why I think they’re more popular. This, and for some people, they just don’t like to rely on others. Mainly, for things like this. You know, worrying that the other person cares as much as you do can also be a big deal.”

He’s also aware of how doubles may call for too much to keep track of. He believes that “… teams are harder to commentate than singles. Much harder. Fighting games are already chaotic to commentate with just two people. Imagine four of them! It’s chaos, especially for Smash which has always something going on the screen. This makes the format less attractive to people spectating at home. Personally, I enjoy and love them and have never had this issue, but several people have told me this, so it may be one of the reasons.” 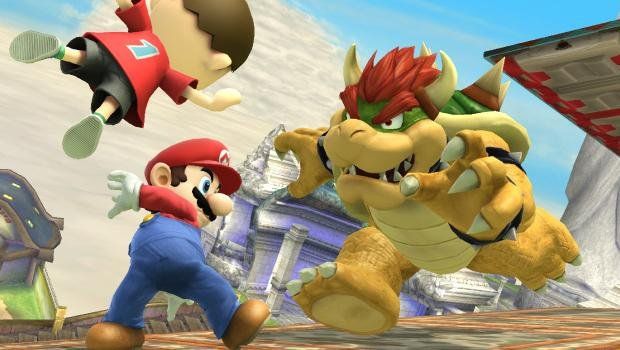 Both Nick and ZeRo think that all this could change with the upcoming release of Smash Bros. Nick says “Depending on several factors, I believe that Smash 4‘s greatest success as a spectator event could be with Doubles. Right now team games are the biggest games to watch (DotA, LoL, CS:GO). Additionally, the cast of Smash 4 is going to be the most varied yet, and I’m hoping Sakurai got his act together with character balance after Brawl‘s fiasco. If the game’s speed plays somewhere between Melee and Brawl it’ll be a perfect candidate to push for Doubles being the limelight. Seeing how Nintendo runs their tournaments for Pokémon, I don’t doubt that if Nintendo ran official Smash 4 leagues or tournaments that they would try to push a 2v2 type situation, because that mode is just another bullet point on the long checklist that makes Smash stand out as unique from other fighting games.”

Zero seems to agree. The growing popularity of team-basedcompetitiveeSports as a sign that Smash Bros.could garner the attention of both the traditional fighting game fans and theimmenselypopular competitive RTS audience, depending on how the game’s system operates. He wonders “Who knows, maybe the system will give the players the tools to practice teams properly? It’s kinda like League of Legends. The system allows players to always practice their format -5v5- in the proper way. Imagine League players could only play 1v1’s online. The main format would be that, because its what people can practice and prepare for. 5v5’s in this case would be much smaller and inaccessible. Something like this happens for Smash. And yes, I know, way different games, but trying to compare it to get my point cross.” 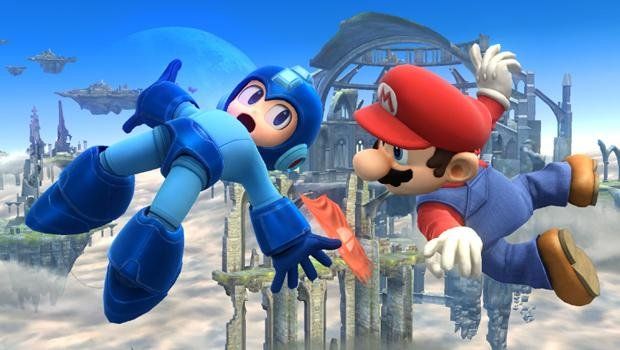 Regardless of what the larger competitive Smash scene ends up doing, it’s clear that ZeRo is going to continue to enjoy Doubles as just one part of the Smash Bros experience. He ended the interview with this thought — “I love doubles, especially when you have experienced teams and rivalries going on. Always so intense. Hopefully in the future we can see more of them! Love teaming with my buddy Mew2King, and would like to team with Armada at some point as well because he’s another fantastic teams player.”

Only a few more months until we see for ourselves if doubles in Smash Bros. finally takes its place in the competitive spotlight.