I wasn’t really digging the whole “campy space” vibe of Fallout 76‘s first season (or the whole seasonal model at all really) as they didn’t go far enough with it; but it looks like Bethesda got that message loud and clear as they’re going a bit crazier this time around.

As revealed on the game’s official blog, season 2, titled “Armor Ace and the Power Patrol,” is oozing with cheese. With the Power Armor serving as an analog to G.I. Joe, the art is much more enticing, as is the wacky new seasonal board (this one goes to rank 100) that you can view below.It’s a little on the nose, but the motif of fighting the “Red Viper” menace kind of gives it away.

In terms of brass tacks, Bethesda is adding new daily and weekly quests, with a focus on the latter to avoid giving players FOMO for having to play every day to rank up efficiently. Double XP (S.C.O.R.E.) events are also returning. Oh, and they finally announced what we all knew would happen: you can buy ranks “immediately” instead of waiting for a grace period. Microtransactions: they rule the world!

Speaking of double XP events, the first one kicked off earlier this week and ends at 12PM ET on September 8. That’s when the first season ends, so get cracking if you’re trying to finish your first seasonal board.

Inside the Vault [Bethesda.net] 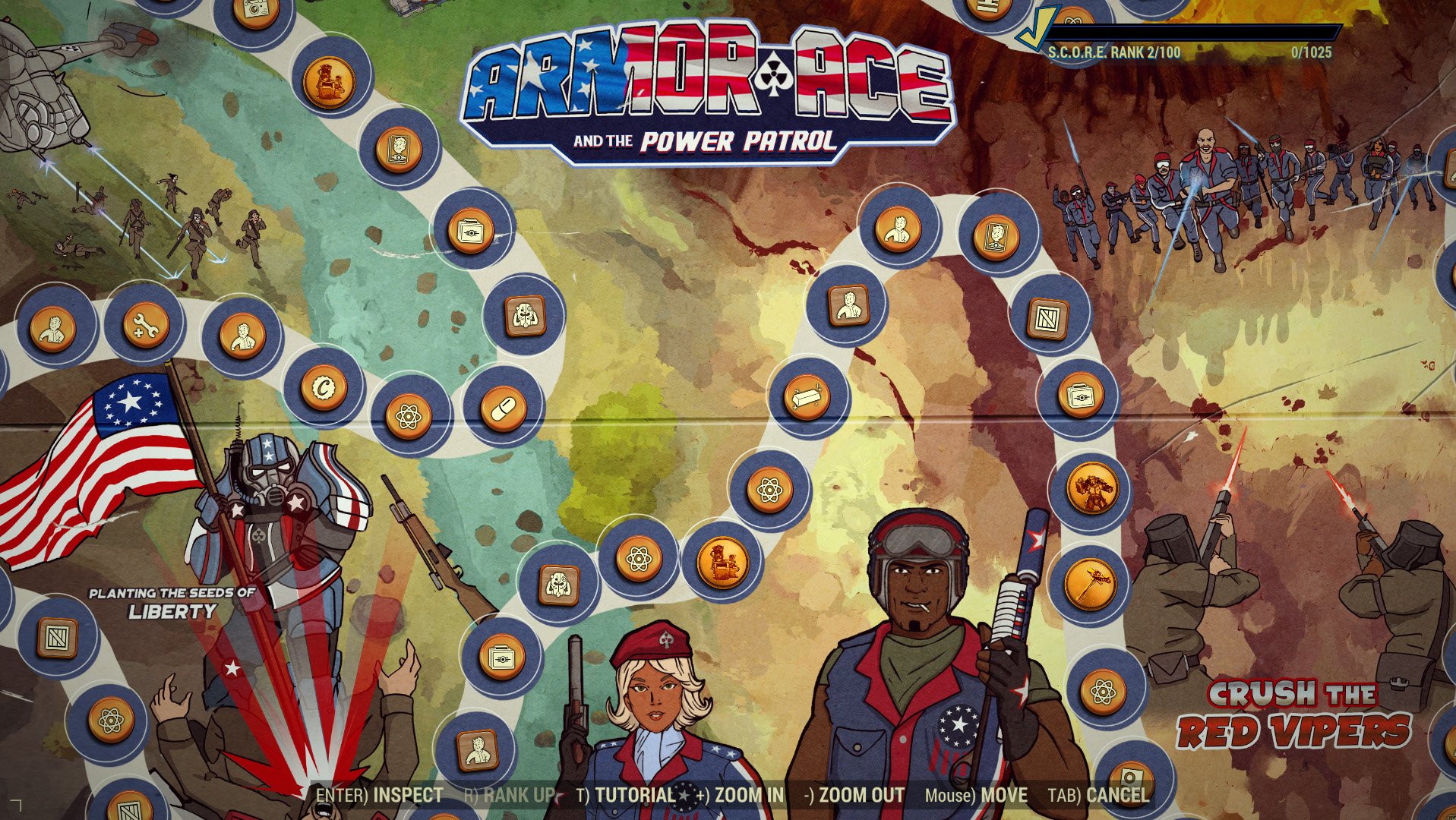