One of the most low-key, yet most popular, reveals of Wednesday’s Nintendo Direct presentation was the announcement that two ’80s classics from the Famicom Detective Club would be making the leap westward, officially localized in the U.S. for the first time in history.

Released in 1988 and 1989 respectively, Famicom Detective Club: The Missing Heir and Famicom Detective Club: The Girl Who Stands Behind, are two early examples of the visual, and tasking budding investigators with solving two murder mysteries with supernatural overtones. For many older video game fans, the return of these two titles is a big deal, and as such Nintendo has announced a neat collector’s edition for Japan. 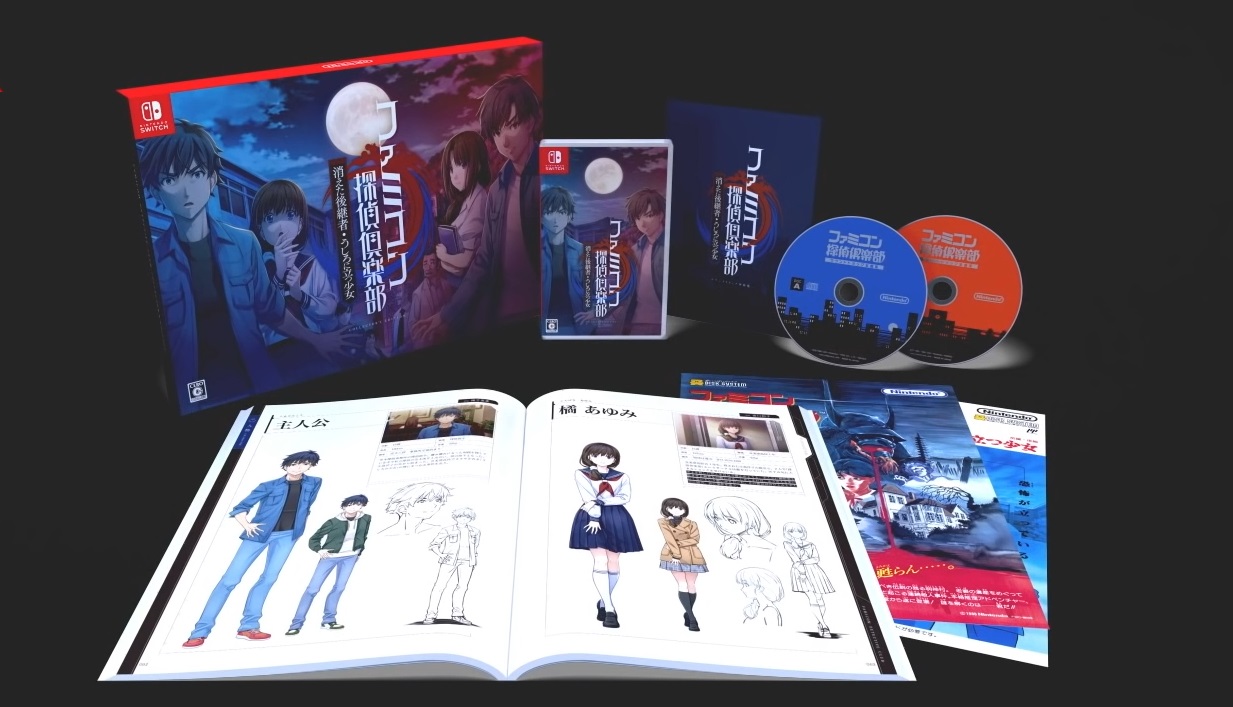 The Famicom Detective Club Collector’s Edition will include a boxed physical copy of both titles on a single cartridge, as well as an artbook filled with design documents and concept art from the remasters. Also included are a double-disc CD soundtrack, featuring a whopping 75 tracks from both games, and reproduction flyers from the original release’s marketing campaigns. The set retails for ¥9,980 (or roughly $95 USD).

Unfortunately, Nintendo is yet to announce an English version of the set, and while customers can choose a digital copy of the game over the physical edition, there is no information as to whether you can substitute the Japanese language version for the English language. We will keep you informed if any clarity on the localization is forthcoming. The Famicom Detective Club Collector’s Edition, as well as both standalone titles, are available to pre-order now ahead of their May 14 release date.