[Dtoid community blogger CleverNametakes us on a journey of discovery, excitement and fear with a dear friend. Kinda like high school but less heavy petting. Want to see your own stuff appear on the front page?Go write something!–Occams Electric Toothbrush] 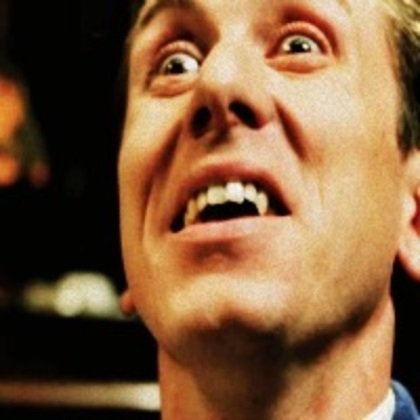 I pull the sliding glass door shut behind me. I kick off my shoes and as I start up the stairs, I hear a loud exclamation of, “HOLY TITS!” I speed my ascent, an ominous flashing of light plays off the wall at the top of the stairs and the second floor is filled with an ambient sound occasionally perforated by a distant crashing or scream. I reach the top and turn the corner, at the far side of the second floor a door stands ajar and through it I can see my best friend, Bryan Baker, sitting on his bed, keyboard on his lap and mouse on a mouse pad beside him. His face is intensity defined, lit by the only light source on the entire floor, the flashing glow of his computer screen. I could hear my father’s voice in my head as I approached,

Maybe so, but he failed to understand what Bryan Baker and so many other gamers knew as fact; if you’re going to play a scary game, you gotta play that shit in the dark. 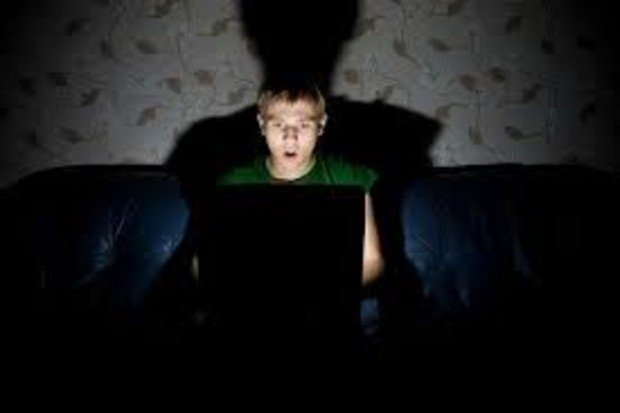 Bake (as everyone calls him) is so intent on the game that he has yet to notice my approach. As I continue towards the door a horrendous screaming rings out and the sound of combat ensues, a squelching smack repeats as, I assume, the attacking creature is being beaten down with extreme prejudice.

“Go back to hell you abomination!” Bake screams, his face grimacing in the heat of the battle. I wait at the edge of the doorway until the eerie ambient sound returns again and then step into the room suddenly.

Bake jumped up, his keyboard falling to the floor as he took some sort of karate attack stance. His eyes were wide as he momentarily struggled to separate the game from reality as so many gamers do for fractions of seconds during the most intense of moments.

“Good God man! Announce yourself next time!” He said at a volume just under a shout.

“I did! I mean I didn’t exactly run up on you screaming like a wild animal.” I said laughing at his seriousness.

“From a distance man! These aren’t ordinary circumstances here, I’m playingSystem Shock 2, there are certain measures of caution that must be exercised!”

He looks at me as if I just defecated from my mouth hole.

“Never man, not once, I’ve heard those words used before but not combined in that order.”

The ambient sound still emanates from the speakers and I lean around so I can see the screen. The first person view shows a dark hallway, odd sounds echo from somewhere in the distance.

Bake looks at me smiling,” Oh ho, oh ho ho oh.” He chimes in a “you just made the understatement of the year” tone. He retrieves his keyboard from the floor, gets back in position and points to a chair at the foot of the bed.

Learn I did. Within minutes I had adopted the same intense stare I had seen on Bake’s face from afar.

“Look behind you!” I would shout abruptly, the phrase became almost a nervous tick, like a Tourettes symptom I couldn’t control.

Bake would do so dutifully revealing nothing but the creepy and dark stretch of hallway he had just travelled down. I was convinced something had darted out of sight just in time to avoid detection. Slowly I realized that I was stressed out and I wasn’t even playing!

“Damn man you have like no ammo ever, what did you get trigger happy in the beginning or what?” I ask him. He has been primarily wielding a wrench that just seemed downright inadequate.

“None to be had. I’m hunting for scraps. Have been since the start.” He would come to a room and we would both lean towards the screen as he peered around the corner.

“Shit theres a thing in there, just sneak past it.” I would say. “There’s probably ammo though, there in the corner, if I can just get to it.”

“Ya and then you’ll end up having to use it all on the thing’s homies that will show up after you kill it.” I rebuke.

He creeps past the open doorway and we both hold our breath as the thing moves around looking the other way. We think we are in the clear and then…BAM! The monstrosity comes tearing around the corner, blasting with a shotgun and…death. The wrench was no match for the shotgun wielding freak. 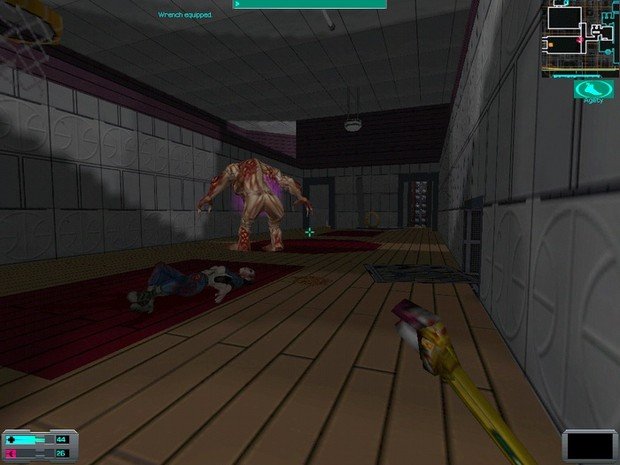 To top it all off he couldn’t even pause it! Towards the beginning of my viewing, a perpetually low-health Bake was running from one of the half human half monster low-level enemies. The ones who disturbingly beg for death and apologize for killing you as they do so.

He came to a dead end and turned to face his attacker.

“Pause it!” I yelled naively.

“You can’t, there is no pause!” Bake screams as he barely manages to defeat the apologizing assailant.

“No, I thought I was in a safe spot a while back and I went to take a piss. I had a stream going, trying to force it out quick which I know is bad for you or whatever but I didn’t care. I’m halfway through and they found me. I could hear them in here killing me dead. I finished as fast as I could and ran back in but I was too late.” He shook his head.

“You uh, you didn’t wash your hands?” I say looking a little repulsed.

“No man! There was no time! There’s no time to consider hygiene with this game! This isn’t your happy little plumber jumping around, stomping on chicken nuggets and saving the princess in mushroom land experience! This is nerve racking, teeth gritting, edge of your seat, rising panic, insecure suspense at all times territory! This is Stephen King in game form!”

He was right. I had only seen a small sample but this game seemed to have found the essence of suspenseful horror. It didn’t rely on being ridiculously grotesque. It balanced all the key elements into a perfect recipe. Paranoia inducing, ominous environment. Ambient sound that leaves you waiting for certain death at every turn. Randomly spawning enemies that left no area completely safe and no pausing for breath. No relief. There is no need to choose a certain moment in this game that is “the MOST scary”. The whole thing is just one giant terrifying moment. A masterpiece of the scary gaming experience if I have ever seen one. 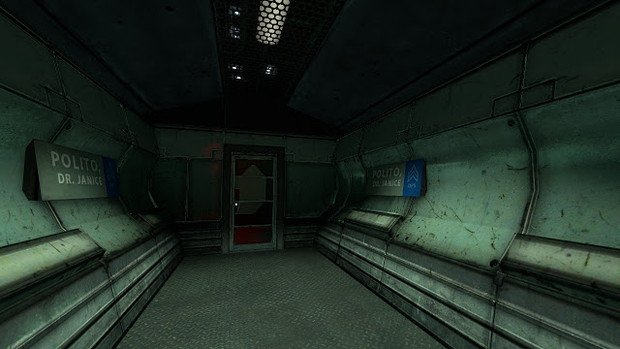