Yetis should be scary, but they’re not in the world of The Haven, a newly revealed area in Harmonix Kinect game Fantasia: Music Evolved. We got a few walkthroughs of this new area at PAX Prime this past weekend, and I’m here to tell you that even the yeti roars were cute. They…sang. 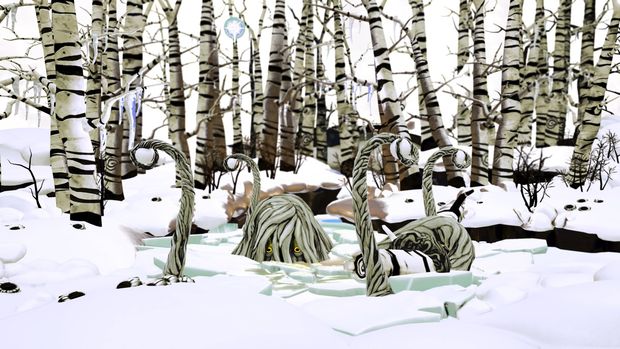 A dark and shadowy forest of birch trees glittered with light effects in this demonstration, with the wave of the player’s hand bringing faint light over the snowy ground. As pretty as it was to watch (running on Xbox One) and zone out to, there was a point in waving hands around in this scene. Enough built up magic from exploring allowed the unlocking of the first classical piece I’ve heard in Fantasia, Vivaldi’s “Winter.”

“Winter” has a lot of movement, so the corresponding Fantasia movements kept the player quite busy. Double hand swipes in all directions really made it look like the player was conducting this famous classical piece. I really liked how zig-zag patterns seemed to guide the fast-moving string parts of the piece. Of course, moving in perfect time with the visuals and their audio cues is the goal, but Fantasia gives some freedom for less coordinated players. That said, seeing someone do it well (Harmonix’s Annette Gonzalez) really sells it. This game should come with a conductor’s baton. 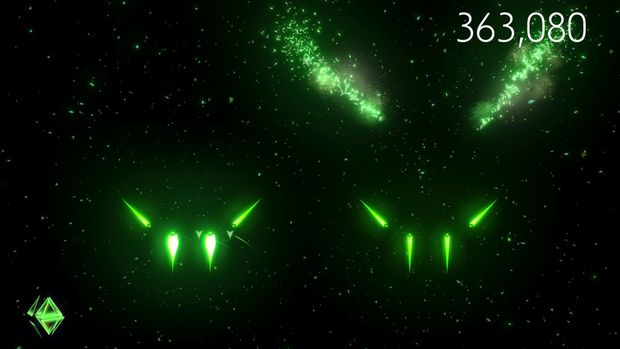 It’s not all just moving to the music. Harmonix adds some freedom to add to these songs with sections that let you virtually play instruments, with your riffing being incorporated immediately to the piece. In this case, gems came up that the player could swipe across to make sort of a drum fill loop. It sounded a bit rough at first, but somehow it seemed to snap into the piece perfectly. Disney magic, perhaps?

Finishing “Winter” added magic into the world, which had the sun coming out. And with that sun came a white and black yeti. He was scary for all of two seconds, but then showed his true colors. This hilarious looking thing matched the pattern of the birch trees exactly, and he entertained by tip toe-ing through the trees in a sort of hide-and-seek game. Some of his movements and facial expressions are downright creepy! Players can follow this weird and charming character through the forest as they explore. 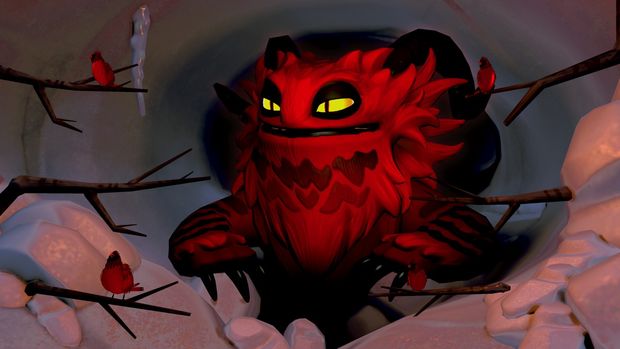 Further exploration into a snow cave uncovered another yet. This big red furball came out with a roar, but soon smiled, and was quickly surrounded by song birds. Swiping around the birds had them singing, with the yeti matching their song with pitched roars. Through these birds and players’ motions, you can teach the yeti to sing, with his echoing of cues working as a simple musical sequencer. I couldn’t help but grin as his scary/adorable growling oohs and aahs echoed throughout the forest.

The demo ended with a showing of a fully unlocked version of Vivaldi’s “Winter,” now with paths that added more musical styles to the mix. One path steered away from classical strings towards surf rock, while the other went electronic. Harmonix said that the electronic path was to touch on dubstep, but I thought it fell short a bit, sounding more chirpy than dubstep usually does. Still, it was fun to hear how the song morphed between the styles, bringing them together in an original performance. 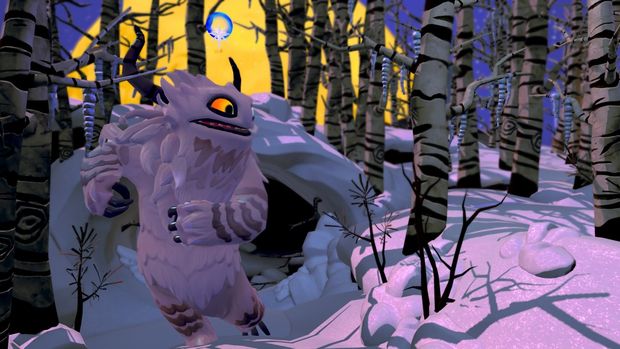 That’s the best aspect of Fantasia: Music Evolved. It really does look and feel like a musical performance that the player has control over. Between the switching song paths and the compositional elements, players can feel like they’re making music with their hands.

And then there are the yetis. The cute/creepy/charming yetis.