Ubisoft vague on the progress of its beloved franchises

Ubisoft dazzled many this E3 with new IP as a follow up to last year’s unexpected Watch Dogs announcement. Tom Clancy’s The Division and The Crew firmly planted themselves in the connected, massive online multiplayer camp, but what if Watch Dogs x Infamous: Second Son and another car game didn’t tickle your toes? Well, like me, you appreciated the token Rayman Legends appearance and lamented the lack of Beyond Good & Evil 2 news.

As for other key Ubisoft franchise, according to Eurogamer, Far Cry 4 seems next in the pecking order, though Ubisoft Europe’s Alain Corre didn’t have specifics to offer beyond, “We don’t know yet when it will emerge. Again, it’s cooking. Something is cooking!” 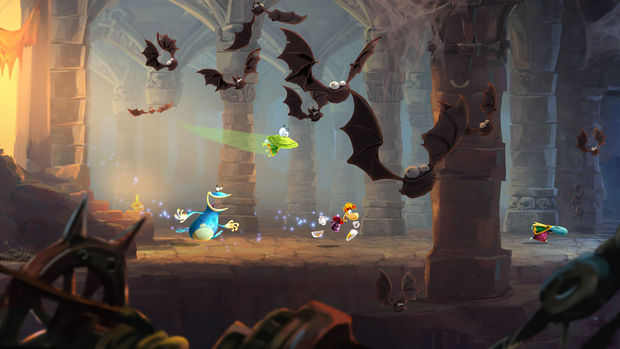 Corre followed with by offering no concrete details on the state of the Prince of Persia franchise. “All our franchises are always in gestation. We are iterating. We are thinking about what can be done. But we can’t bring all the games and all the franchises every year. We have a lot on the show floor this year already.”

I assume the Prince of Persia series is being totally reworked, possibly for a next generation trilogy. The series lacks any cohesive identity after a pretty, but mostly forgotten reboot/reworking in 2008 and a tepidly received return to the PS2-era trilogy with 2010’s Forgotten Sands.

Ubisoft, despite pushing new IP, does seem to be playing it safe as we transition into a new console generation. Corre says they “can’t bring all the games and all the franchises every year,” but the company has no problem putting seven studios on the next Assassin’s Creed while assuring it and Watch Dogs come out on every platform in existence. I’m sure that eats up a lot of manpower. Meanwhile, its newest IPs are familiar (a Tom Clancy shooter and a racer) ventures going after the latest zeitgeist: large scale online play and social integration.