The product of its lineage

It’s become exceedingly easy in recent years to point the finger at any four player cooperative game in Japan and call it a Monster Hunter clone.I’m not particularly fond of this way of thinking. Despite my love ofMonster Hunter(200+ hours inMH4), I think many of the various hunting action games have unique, interesting qualities that separate them from one another.

Perhaps that’s why I had been so jazzed to check out Final Fantasy Explorers, Square Enix’s first attempt to dabble in the hunting action genre. With a stable of classic monsters, jobs, and giant bosses in its long history, Final Fantasy seems like the perfect franchise to get a spinoff in the genre. 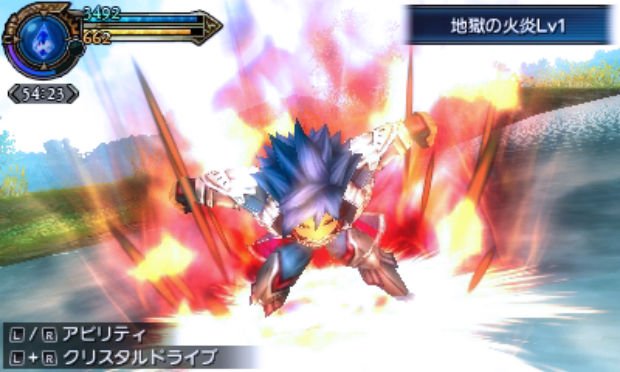 I went into the Tokyo Game Show Final Fantasy Explorers demo prepared to play it the way I play any hunting game: a finger on the dodge roll button and ready to react at any time. That was all well and good until I realized there was no dodge input. There’s a dash for running faster, a basic physical attack that uses up zero MP, and buttons for item use. By holding down either shoulder button, you gain access to job specific skills and attacks which suck up MP and need time to recharge after every use.

Jobs can be switched out in the main hub town at any time, meaning that it’s very easy to pick a new one to work on beefing up. One button pulls up the menu, and you can select a job from there. It’s fast and painless, which is absolutely essential in a game where you want to keep time waste to a minimum. I rolled with the Hunter job on my first play through, and so I was shooting arrows from afar while my AI companions rushed in. Things went a little sour as I hit the boss of the demo, the one and only Ifrit. With both long and close range attacks, it became a game of buffing my stats when given the chance, and letting off special skills that simultaneously did damage while restoring my own HP and MP. I imagine that had I been playing in a group, the experience would have been significantly different, but even playing alone felt satisfying. 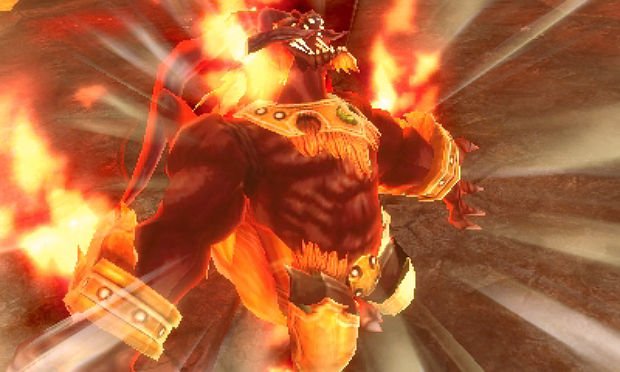 Much like various other action RPGs and hunting action games, various resources can be picked up throughout the environment, though I never needed a special item to do so. Enemies dropped materials, and defeating Ifrit also led to acquiring some rare drops. There was no way to get a look at the crafting system in the demo, sadly. The various common baddies were taken from Final Fantasy lore, making for a nice trip down memory lane as my hunter killed everything in her path.

The strong gameplay base excites me to see the final game, but the Final Fantasy casing it’s wrapped in made the experience all the more rad. There was something exhilarating about going up against Ifrit and dodging his fireballs in real time while the whole area is shooting up pillars of lava. I wouldn’t say that Explorers is an amazing looking game, but it has a strong, colorful art style, runs great, and feels good. Character and enemy models have plenty of detail on them, and the one dungeon I explored, while short, had plenty of places to explore and veer off the beaten path.

If the rest of the game ends up being as fun as the brief ten minute demo I played was, Square Enix might just have another winner on their hands. There’s been no direct word as to whether this is headed west or not, but I can only hope that SE takes their chances on this one.