Distinct lack of car-destroying though

A small, independent team of movie makers have released a fan film based on Capcom’s 1989 classic arcade game, Final Fight. The movie adapts the slight story of three desperate men in their efforts to clean up the cesspool of crime that is Metro City.

The Broken Gear, written and directed by Haile Lee, is a 30-minute feature that stars Mason D. Davis as Cody Travers, whose late-night jog through the city streets presents him with a series of cruel criminal encounters. This ultimately leads to his self-destructive rampage through a gang hideout, where he is joined by a mysterious comrade-in-arms, played by Yoshi Sudarso.

All this action is intercut with footage from a press conference held by mayor-elect Mike Haggar (played by MMA and pro-wrestling star Don Frye) as he speaks to the associated press of his plans to eradicate Metro City of its main threat, The Mad Gear gang. 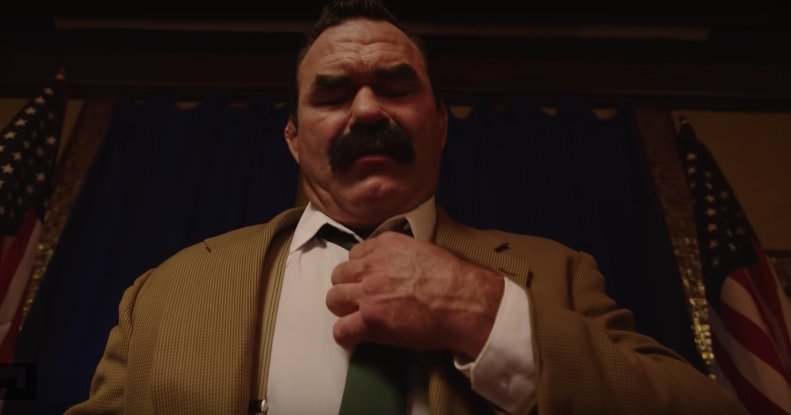 Like a lot of ’80s action flicks, The Broken Gear is pretty fucking uncompromising. The film is sleazy, seedy and violent, reflecting its source material pretty well. The fight choreography – once the fists start flying – is fantastic, with bone-crunching use of sound and reckless stunt-bumps. The only downer for me was the music mix, which I found blended awkwardly with the dialogue/effects. But then again, I’m an old man.

The Broken Gear is worth checking out. Be warned, it’s very NSFW in language, themes and violence. It’s no secret that Final Fight is my favourite video game of all-time, so to see its universe adapted this way is really cool, even if we don’t get nearly enough Poison. Kudos to Haile Lee and his talented cast and crew for this great endeavour.