Last weekend during its panel at PAX East, Firaxis announced the next big project for the Civilization franchise: Civilization: Beyond Earth. After the announcement, Destructoid took some time to talk to some of the designers behind bringing the strategy series into space.

Lead Designers David McDonough and Will Miller were present for the interview along with Systems Gameplay Designer Anton Strenger. The designers discussed the inspiration behind Beyond Earth, some of the world building systems, and the possibility for crossover with other Firaxis science fiction properties. Read it below! 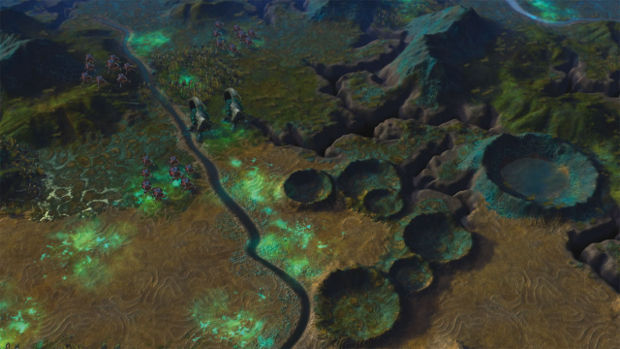 Destructoid: Anything you want to say about Civilization: Beyond Earth right off the bat?

Miller: We’ve been working on this game for a while, and to announce it today in front of some of our biggest fans is just the coolest thing. It’s a really fun game. You know, it’s Civilization in space! Our fans have been wanting this for a long time, and this is it.

Destructoid: What sort of challenges are there converting Civilization to sci-fi?

McDonough: There are lots. It’s really exciting. Civ is a game with a great legacy, but it’s almost all historically based. Among that legacy are Alpha Centauri and XCOM. This game is inspired by all of those. The things that make Civ fun, when you play Civ you always want to go “one more turn,” but the world around it is already set. Without history we have to make up technology trees, alien worlds, and that has been one of the bigger challenges.

Destructoid: We were curious about how you would handle technology in Beyond Earth. How much is based off of what scientists are saying may be possible and how much is more like “hey this would be really cool if we did this”?

McDonough: It’s both! We did a lot of research on modern day scientific thinking and we thought it was important that our game start in reality, in a plausible setting. For the rest, we were inspired by a lot of current science fiction. But the best sci-fi is also scientifically real, so hopefully we have the best of both.

Destructoid: Take me through the timeline. Where does this start? Is it present day onward?

Miller: It’s 200 to 250 years after present day. So we’re imagining an earth in the future, and things good and bad have happened, and it culminates in an event where nations around the world are sending out expeditions into space to different planets to colonize, to spread the roots of humanity beyond our planet. So, like David said, we start in a very familiar place based on actual science, and we want to be able to draw a clear line from science that we know today and space travel we know today. We’re very inspired by things like SpaceX and the new Cosmos with Neil deGrasse Tyson, we just love all that stuff. So we’re taking all of the inspiration from that and keeping it very plausible, and starting from a new place 200 years from now and kind of just going wild.

McDonough: Unfortunately we can’t say specifically, but I think Will and I have been designing it in our heads for a really long time. Whispering in some ears around Firaxis.

Miller: That’s kind of how games get made around Firaxis. XCOM was Jake Solomon’s baby for a long time, and he whispered in the right ears, and it eventually became a great game. We were given our shot at this, and it was the right time. We had a team that really wanted to do it, and it fit in our schedule, and we’re so fortunate to be able to make this game.

Destructoid: Did it start out as “Hey, wouldn’t it be rad if we made Alpha Centauri?” and went from there to “Well, we can’t really, but let’s do basically that”?

Miller: It’s always been a reality to us that that IP is just sort of off limits, and I don’t know if we would have used it if we had it, honestly. This game is such a different thing. It’s definitely inspired by Alpha Centauri, but it’s also inspired by a lot of other things too. It’s a very different game and it has very different characteristics. It feels a lot different. I think it started as “Would it be cool if we could take Civilization into space? What would that game look like?” and then we went from there. 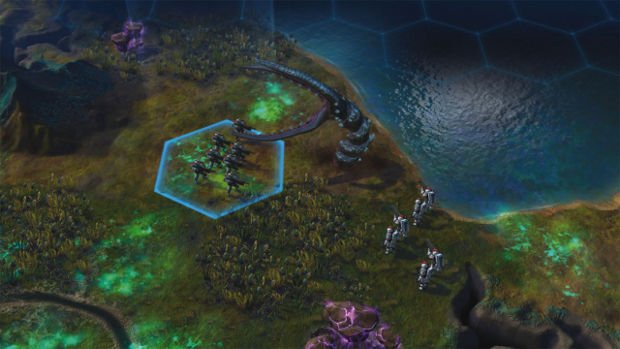 Destructoid: Is there any chance for any sort of crossover with XCOM?

Miller: The two games exist in their own fictional universes. That gives us the most flexibility, but I think you could expect some nods and winks and homages between the two.

McDonough: One of the things about sci-fi is you can make easter eggs with no problem.

Destructoid: So you’re going off and exploring alien worlds. What’s the variety going to be like for that?

Strenger: We spent a lot of time making the map so that it isn’t just like, earth and then purple earth. So everything in the map generator like landmass features to other crazy things to the alien life that is populating that map can change. We have a lot of different biomes, like an arid biome or a wetter jungle one. So the combinations really make it so every time you play, it’s a unique world with its own challenges.

Destructoid: You guys seem pretty excited for this.

Miller: This game really is for our fans. For so long, our fans have been asking for a remake of Alpha Centauri or Civ in space or whatever, and this really is our game for them.