Getting shot up trying to stealth

While Metal Gear Solid V: The Phantom Pain isn’t an insignificant time sucker as is, it did launch missing its competitive online multiplayer component, Metal Gear Online, which was delayed until October 6 on consoles and January 2016 on PC.

Brett and I got our hands on the thing at Tokyo Game Show and immediately ran back in line for a second go like giddy schoolchildren.

The demo stations were set up to accommodate 16 players (8 on 8 split between teams Liquid and Solid) with four pre-fab classes. Given how much meticulous, stealthy Phantom Pain I’ve been playing prior to arriving in Tokyo, I immediately went non-lethal, armed with nothing but a non-suppressed sleep pistol and a grenade that identified nearby enemies. I skulked around a bunch in a wide arc across the map hardly encountering anyone, which is likely because everyone else was running around trying to kill dudes, as you wont to do in a team deathmatch setting. I died to roving D-Walkers and machine guns.

I was yearning for a bit of one life, no respawns, but I adjusted, switching to a sniper class mid-game. At one point I got CQC pulled from my sniping vantage point, which stunned me. The opposing player Fulton ballooned my ass off the battlefield.

BRETT: Fultons, active camouflage, D-Walkers, turret nests — really, the list goes on and on. There are so many ways to play Metal Gear Onlinethat it’s kind of overwhelming. Like, I finished second on our team one match, but did so entirely through gun kills. It felt disingenuous. The next round, I knocked a guy out and dropped a molotov cocktail on his head. That was infinitely more satisfying.

One of my early deaths came while I was trying to figure out my secondary weapon: a stuffed kitten. How does that even work? I understand AI getting distracted, but these are humans I’m playing against. I took a bullet to the head immediately after setting it down. The kill cam showed my murderer running over to the cat and enthusiastically clapping at its cuteness. Kojima, you magnificent bastard.

STEVEN: Was it a stuffed puppy? There’s a husky plush (assumedly inspired by the wolf-ish D-Dog buddy from The Phantom Pain) you can set down like a mine, but instead of it blowing enemies up, if they get to close they get distracted by how cute it is. In MGS4‘s online, it was a nudie mag you could set down to distract. It’s good for getting non-lethal kills without resistance (or freezing someone up and sniping from afar), and then you could Fulton. You get extra points for the latter (and points for stuns). That first game was split one win to one win and instead of a third match it came down to total points being tallied.

And yeah, my best match was the last of the four. I came in second by way of points, first by way of kills. I actually didn’t pick up on it, but there are points tied to nailing “Objectives,” though I wasn’t sure what they were. There’s also a bounty system and extra points for offing someone with a bounty on their head. I only noticed because a bounty got put on me at one point, though nothing came of it.

But in that last match I basically opted for a large machine gun and brute forced people with 100-bullet clips. I was mowing down small crews in doorways, people jumping onto D-Walkers. It was a little less fun, but I assume when the game comes out and people have more of an idea what they’re doing that becomes a less viable strategy (especially because you die pretty quickly if you are getting accurately shot up). 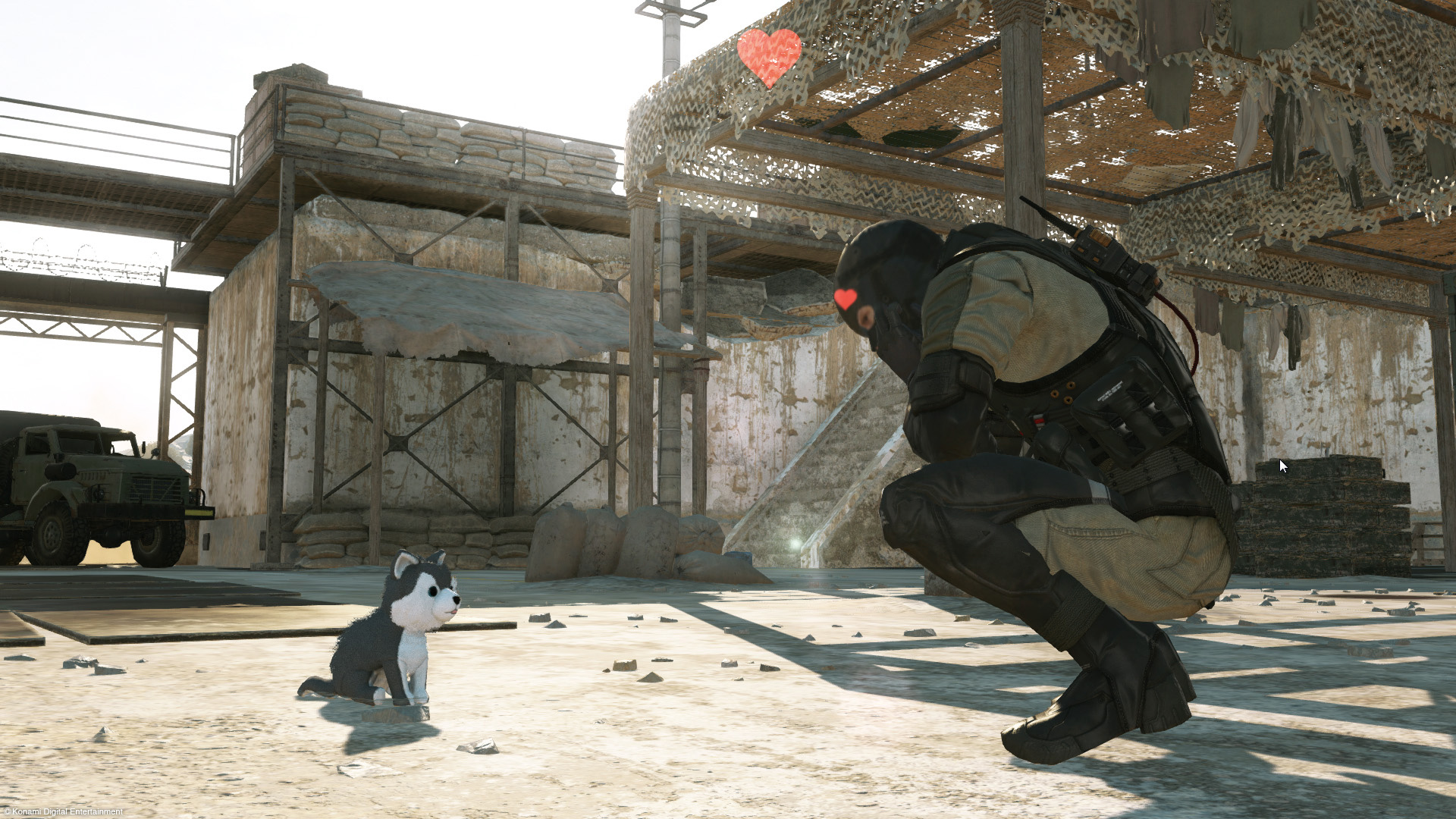 BRETT: For every thing I figured out, I feel like there were three things I didn’t. Metal Gear Onlineis obviously much more than your standard tacked-on multiplayer mode — although it can definitely be played as such. I spent a considerable amount of time in one round just gunning people down from the relative safety of a guard’s nest vantage point. Again, it felt wrong. Comeuppance was swift and just when a D-Walker figured out my strategy.

Confused as I was at times, I was also undoubtedly elated. How many times in your many conventions have you found yourself going back to replay a demo? It’s probably the first for me, as far as I can remember.

STEVEN: I can’t think of one. I also love that the cardboard box remains an item even though players would know to be suspicious. It did have some weird utility in previous Metal Gear Online for instant ducking, but here it was just idiots (like me) running around in it upright while cycling through loadout items.

Probably the best thing about The Phantom Pain‘s edition of Metal Gear Online is not having to deal with a fucking Konami ID/MGO ID and that whole awful log-in process that eventually locked me out of playing the damn thing when I couldn’t remember all my info. That kind of bullshit is Konami. Glad we’ll still be able to enjoy another phase of weird Kojima Metal Gear after he’s gone.