CHARGE! (at a later date)

Ubisoft has announced the expansion for their en masse medieval brawler, For Honor, will see an open beta in September, giving the game’s PC community a chance to get their gauntlets on the new content a little earlier than expected.

Marching Fire, scheduled for release on October 16, is the biggest expansion to For Honor to date. Containing a new mode, Breach, as well as the opportunity to play Endless PvE, the centrepiece of the expansion will be a new faction; the Wu Lin, which brings to battle four new heroes, Tiandi, Jiang Jun, Shaolin and Nuxia. Ubisoft are also planning to implement some tweaks to For Honor’s visuals, an in-game dialogue system, as well as general balance changes and bug fixes.

The new content could really help bring new players into the For Honor fold, similar to how Operation: Health turned around the fortunes for online shooter Rainbow Six: Siege. The upcoming beta will afford PC players the opportunity to try out the four new heroes and the new Breach mode, and is set to run from September 6 until September 10, so get sharpening your steel.

For Honor is available now on PS4, PC and Xbox One. 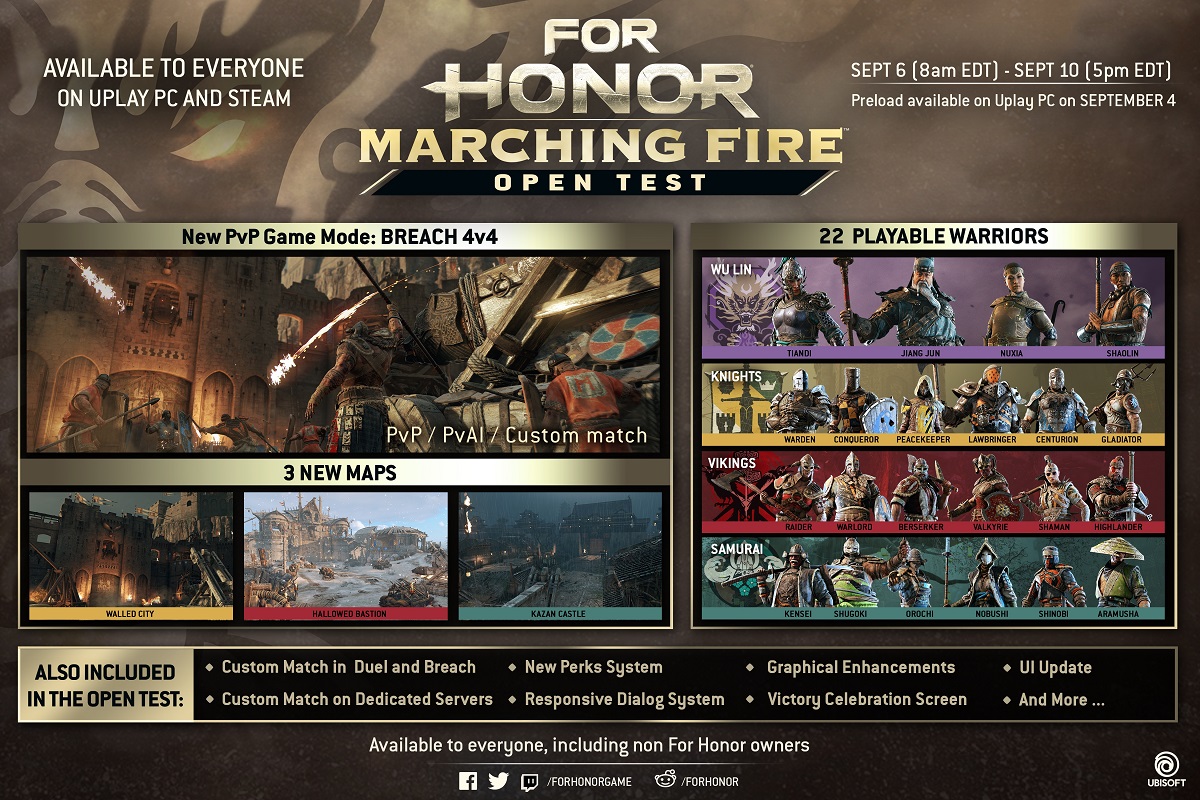