Yesterday, there were sudden lightning strikes on the southeast part of the map, right at the H9 coordinate. Each bolt destroyed a cactus, and the lightning increased its frequency as it blew up more and more cacti. Here’s what it looked like:

A lightning strike coming from the rift just hit the southeast part of the map! What could this mean? #Fortnite pic.twitter.com/qmhlgrN9VK

About an hour ago, all the prickly vegetation had been vaporized. In its place, a giant purple mystery cube appeared. And it’s bouncy!

The cube has strange symbols all over it, and standing near it refills your shield. Shooting it causes sparks to go flying. Also, the cube’s presence has caused the sky to change color, to sort of an Arizona Sunset Purple. It’d be serene and mellow if it weren’t all so weird. 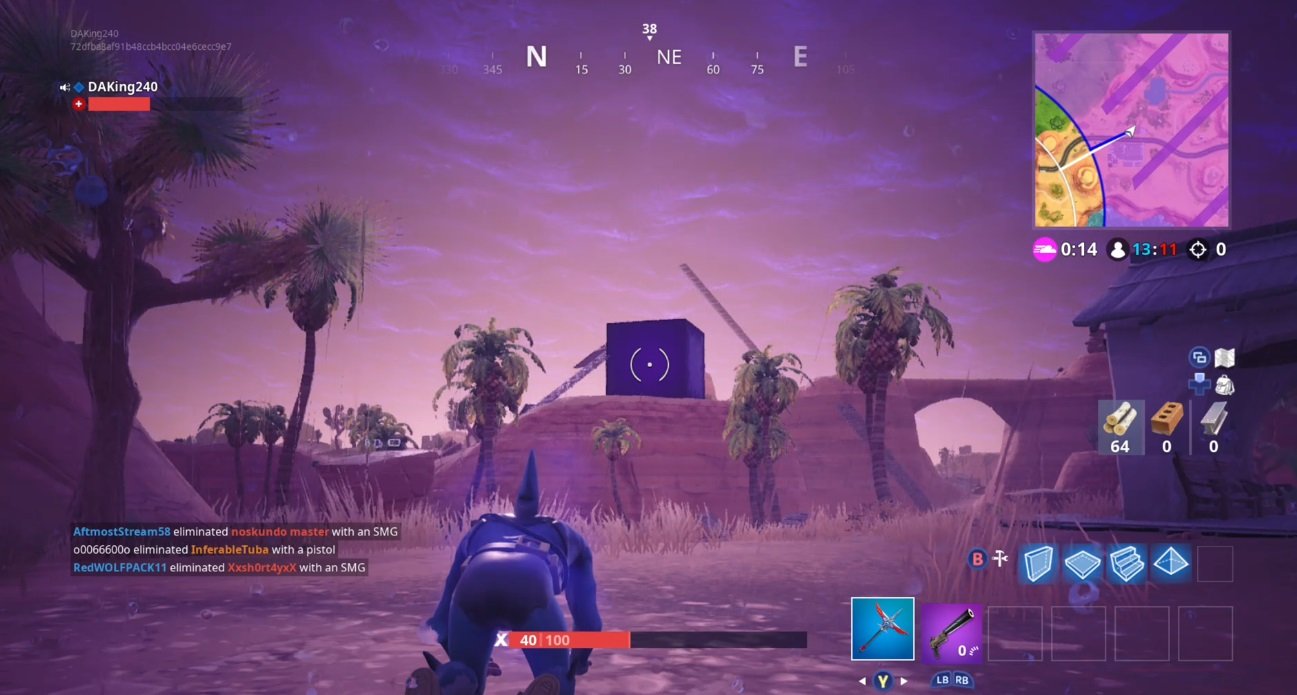 All this ominous and cryptic scenery shifting is reminiscent of Fortnite‘s Season 3 meteor showers. The meteors eventually led to hop rocks and pockets of low-gravity physics. Even with hindsight, that feels like it would’ve been tough to predict. So what could this cube possibly be foreshadowing? Your guess is as good as mine.

But my guess is a bouncy castle mode.