I’ve been meaning to cover Gestalt: Steam & Cinder – a steampunk 2D action game with slashing, shooting, and RPG stat grinding – for a while. It has a shiny new trailer and a limited-time Steam demo launching tomorrow, June 16, as part of the Steam Game Festival: Summer Edition lineup. That’ll do!

The protagonist, Aletheia, is a gunslinger caught up in “centuries-old conspiracies” concerning Canaan, a steam-powered city that has become “the last bastion of mankind.” She’ll have to face automatons, a syndicate, and the city’s elites. There’s also talk of NPC side-quests and smashing open secret paths.

Aside from the “Break Rate,” which could go either way, I’m extremely into this stat screen: 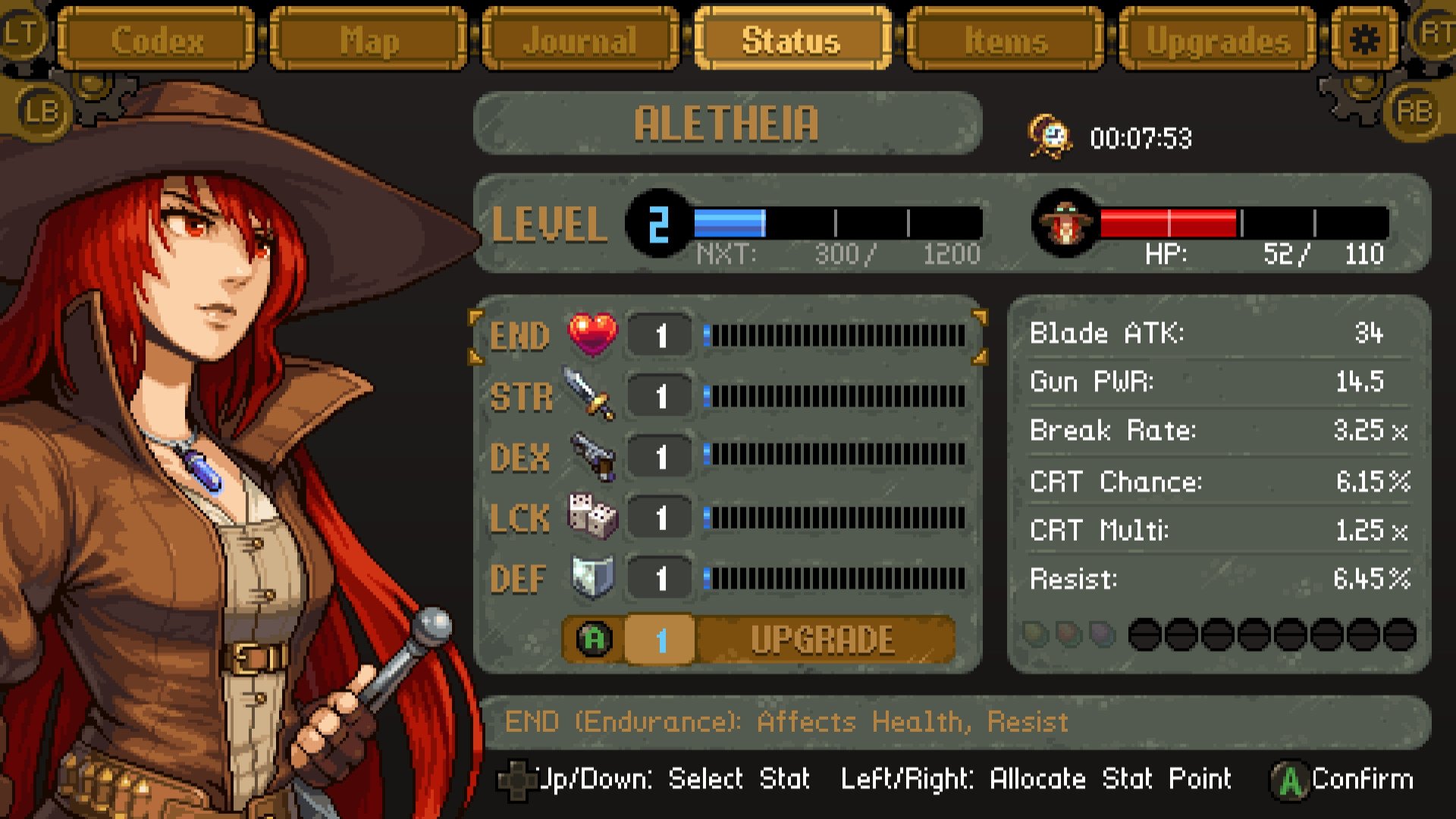 If I see a critical-chance attribute in an action-RPG, I know it’s on the right track.

Assuming the demo turns out well, you’ll want to keep an eye out for Gestalt: Steam & Cinder‘s release later this year. It’s confirmed for PC, Xbox One, PlayStation 4, and yes, Nintendo Switch.

I can’t say that Gestalt is groundbreaking by any means, but I like how it’s coming together.