The stealth action genre used to be fertile grounds. You didn’t have far to look for an experience catering to that very specific niche. Syphon Filter, Tenchu, Thief, Metal Gear Solid, Splinter Cell, Hitman; these were all games that had very similar premises, but each offered something entirely unique. While a few of these titans were leaders of their specific niche, each game had dedicated fans that were eager to grab hold of something new.

As the years went on, basically all of these franchises have died off. Hitman did have a return to form with the episodic 2016 entry, but even Metal Gear Solid is now basically dead and we haven’t heard a peep about Ubisoft’s tech-savy Splinter Cell since 2013’s Blacklist…that is, until now.

Out of the blue, Ubisoft has released some crossover DLC for its smash hit Ghost Recon Wildlands. While this seems a bit random at first, the two games do feature a similar emphasis on tactics and execution. Falling under the “Tom Clancy” brand, both franchises have striven for realism and offered deliberate experiences for those looking for a more military-centric action game. Upon closer inspection, these two aren’t so far removed. 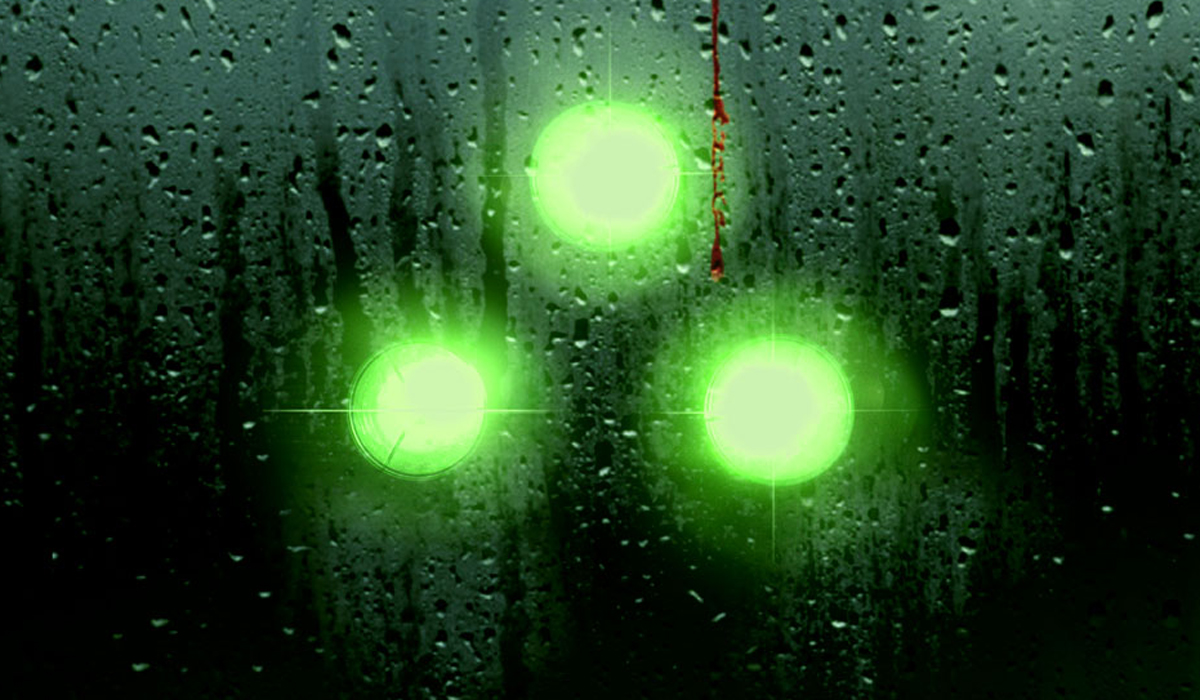 Ghost Recon hasn’t really gone away, though. It never reached the prominence of other Tom Clancy titles, but Ubisoft has been pumping out Ghost Recon games on a regular basis. With spin-offs included, the longest gap has been three years between games. Sticking to strictly mainline entries sees that gap expand to five (which is exactly where Splinter Cell is now). I wouldn’t say Ubisoft has neglected the brand, but they also haven’t done much to push it into the mainstream.

Splinter Cell, on the other hand, took the gaming world by storm in 2002. It was not only the first serious competitor to Konami’s iconic stealth series, but it showcased the graphical capabilities of the Xbox unlike anything else on the platform. Even going back to the original game is still a sight to behold, what with its dynamic lighting model and realistic cloth physics actually serving a purpose in gameplay. This was a big deal to a lot of people at release and it spawned a series that a ton of people identified with.

The real core of that was the main character, Sam Fisher. It took me until now to realize this, but the work Michael Ironside did with Sam truly brought out a different element from other games at the time. This was a character that felt human, had a tragic backstory, but wasn’t a total bore to be around. He may have been hurt, but Sam learned to move on and used his tragedy to prevent others from feeling the same pain. That is a man I can get behind. 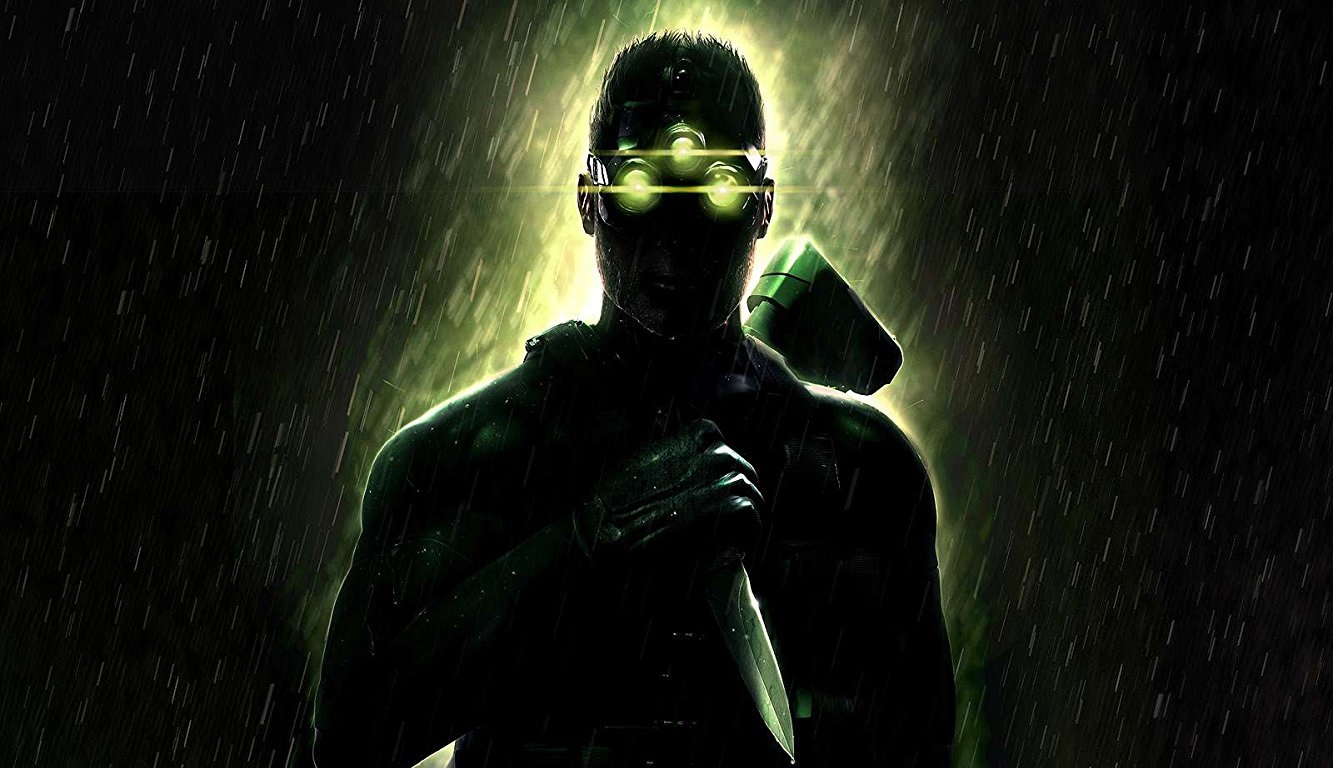 Not only that, but Sam Fisher was pretty damn funny. For a series of games about terrorists wanting to end the world, Sam knew when to crack a joke to keep things light. This was complemented by the delivery Ironside would use for some lines, sticking to a dry reading to emphasize the absurdity of the situation the player was in. One of my favorites has Sam asking a guard what to expect, the guard responding with lots of guns, and Sam saying, “I’m shocked and awed.”

Upon booting up Wildlands to play this new mission, I couldn’t believe how badly I just wanted to hear Ironside again. Blacklist came out only five years ago, but Ironside didn’t voice Sam. The game felt limp without that iconic voice, though it also has more problems than just lacking Ironside. Anyway, hearing the first line of dialogue took me straight back to the first time I experienced Splinter Cell in middle school. Maybe it was just pure nostalgia, but I was in heaven.

I haven’t cared about much in Wildlands during my playthrough. The game is fine enough, but it has a distinct lack of character from its cast. Your avatars spout stupid things like “Shitballs,” and all of the higher-ups are overly serious about a game where you can drift an SUV before jumping out and shooting an entire village. Sam Fisher, though, has a storied history, an ominous aura and a heartfelt delivery to the words he is speaking. He breathes life into an otherwise listless experience. 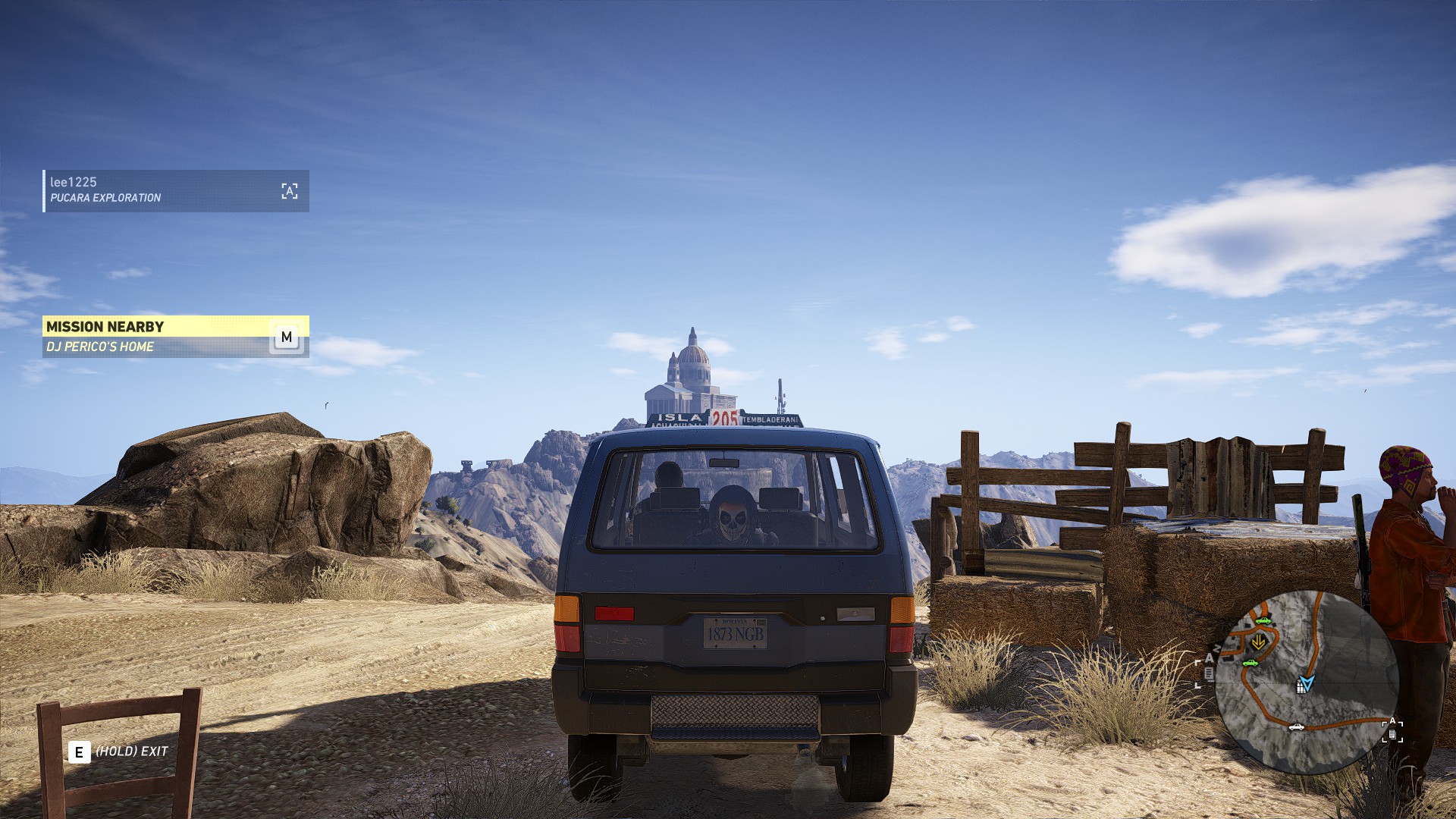 The mission, itself, is okay. It won’t set your world on fire and it commits a bunch of old-school stealth gaming sins. For one, getting spotted is an insta-fail. Secondly, you can’t kill anyone, but even knocking a person out counts as a kill. It makes sure to tell you that Ubisoft understands the appeal of Splinter Cell (which famously has offered a non-lethal approach), but it does so too strictly.

The second part of the mission also devolves into an explosive gunfight, which makes no sense considering the first part says you can’t kill anyone. Finally, you hightail it with Sam out of the compound in a turret-mounted Humvee, blasting anyone that gets in your way. None of that says Splinter Cell at all, not to mention Fisher’s pedigree shows that he is more than capable of completing this mission without assistance.

Still, even with those flaws, Ironside’s voice comes to soothe you on your trip back to your handler and it just works. He utters something along the lines of “You’re good…but not as good as me,” and I just have to laugh. Maybe that is a meta-commentary on Ghost Recon (which is a stretch), but I honestly think it is speaking more to Ironside than the in-game characters. Sam Fisher gave Solid Snake a run for his money and that was partly due to his voice. Both characters defined a generation of gaming thanks to the personality they were imbued with. I’m getting visions of a dream crossover where Snake and Fisher can finally team up, but reality won’t allow that to happen. 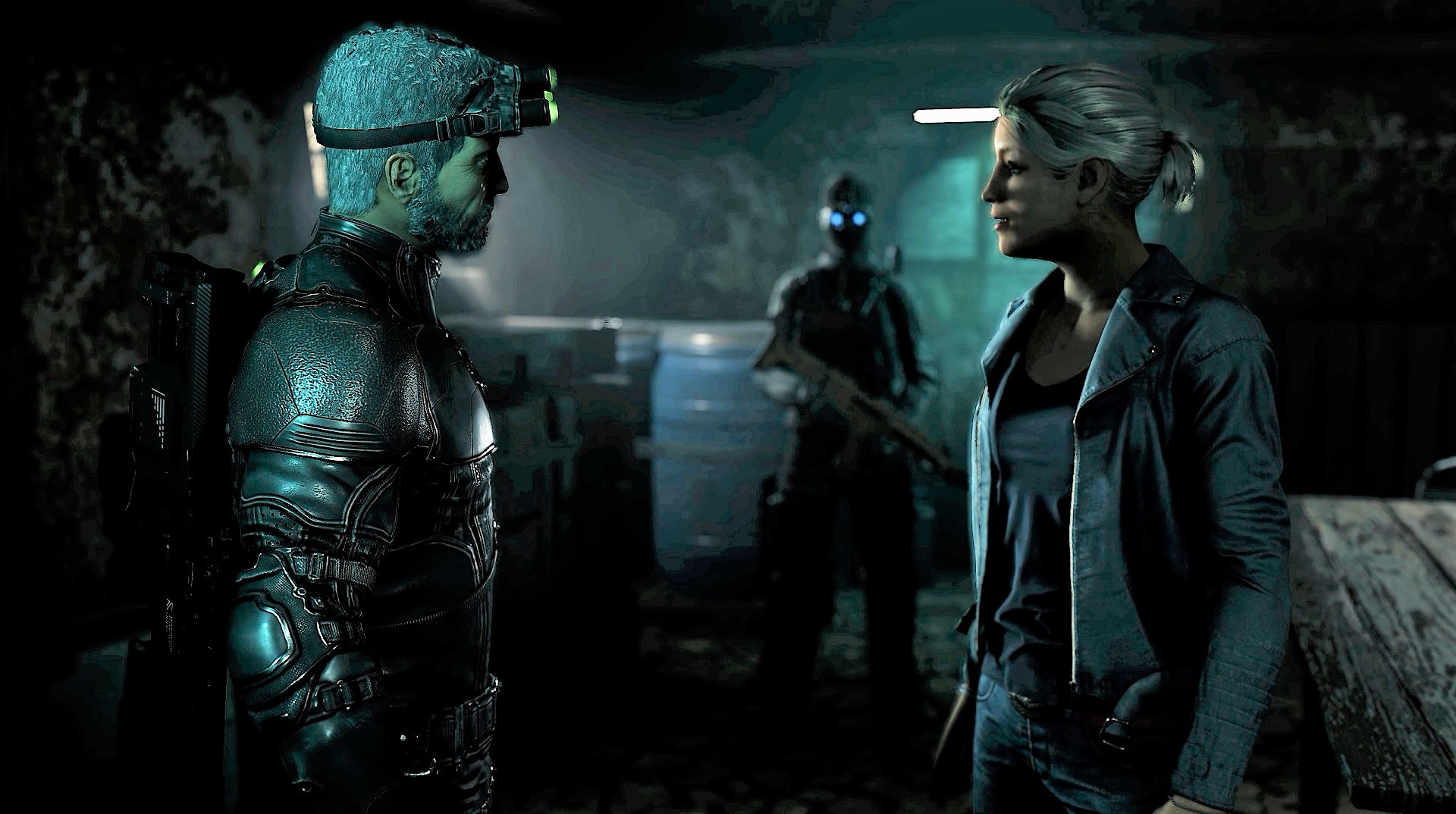 The ending even makes that abundantly clear. Sam claims “they don’t make them like me anymore,” before mentioning that there used to be an army infiltration guy that wore a bandana (clearly referencing Snake). Your handler remarks that he retired and Sam says with some deep sincerity, “Then it’s only me…” I kind of want to shed a tear just typing that.

The mission then concludes with a possible tease for a new Splinter Cell, but the real takeaway is that Ubisoft actually cares about the character that fans grew up with. Maybe they’ve been neglectful over the years and even tried to shove action into the series with the last few games, but they understand the importance that an avatar can have in captivating an audience. Splinter Cell was great for a lot of reasons, but Michael Ironside was the icing on the cake that made everything click.

It would be selfish to demand Ubisoft make another entry in the series. Studios should have the freedom to create the experiences they want and with the proper dedication to make them good. With how faithful and celebratory Ubisoft has been with this DLC (sloppy structure aside), I have a feeling that the next Splinter Cell will be something special. Even if it isn’t a return to form, they understand why Sam Fisher was so important and what fans saw in the first place.