Seeing the little white Sony box that came out of nowhere last week was a top priority for us a Tokyo Game Show this week. I put the PS Vita TV through its paces today at the show, trying everything from PSP to streaming PS4 play out on it.

It does so many things, but does it do them all well? 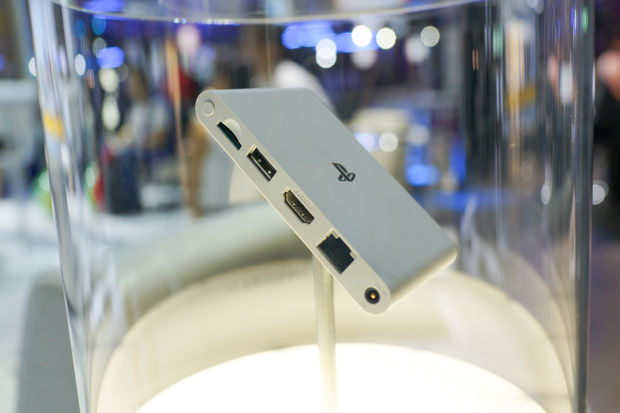 The PS Vita TV is small — about the size of a thick mobile phone. Tiny enough to fit in a pocket and compact enough to fit in even the smallest home. But when connected to a network and a television it does some pretty big things for the PlayStation videogame catalog.

Working my way up through its gameplay modes, I started with PSP play. I’m quite excited by the idea of backwards compatibility for play on televisions, but the look of titles like Patapon and Gran Turismo on a large HDTV shows just how far we’ve come since their initial release. Up against some of the other format options the PS Vita TV provides, PSP titles look blocky and blurry. These are games running at a lower resolution, but they don’t all have the retro charm that PSOne games do. Despite my love for the PSP and its library, seeing these and other PSP and PSOne titles in action next to Vita games was a bit of a bummer.

They did play beautifully, though. The Dual Shock did the trick. It also did the trick for menu navigation. The Vita TV’s UI looks a lot like that of the Vita, down to the page flipping to move between open apps. 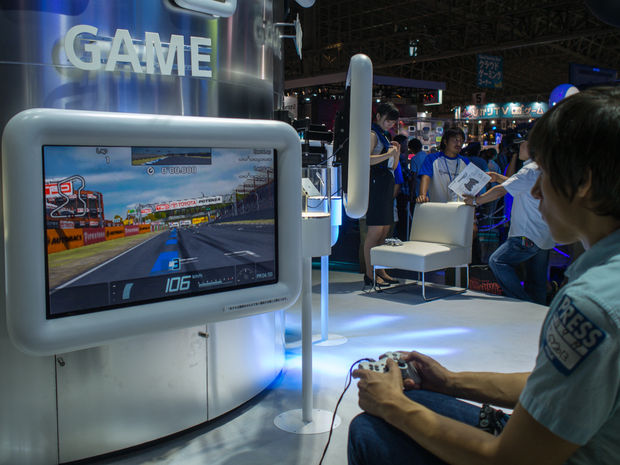 PS Vita games look fantastic on the PS Vita TV. Those that have been daydreaming of a way to be able to play Vita games on their TV will be pleased. Soul Sacrifice Delta looked yummy, as didDanganronpa 1-2 Reload. And wow: God Eater 2 was eye-poppingly beautiful on Sony’s HDTVs. I feel TV play of vita games alone is worth the price of entry. I can’t wait to see how my Vita collection looks and plays on the big screen.

Finally, I gave the streaming PS4 remote play functionality a try. Sony had upcoming gameKnack running on a PS4, and showed that a simple option selection on the PS Vita TV had the game streaming almost instantly. Knack played perfectly via remote play using a Dual Shock controller, just as it did when I played it on PS4 at E3. 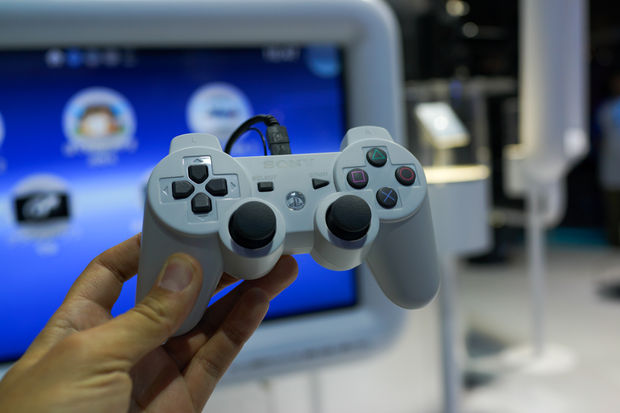 But the image quality takes a hit. With streaming play, gone is that high end gloss the PS4’s graphical muscle provides. The meat and potatoes of the images are still there, but you can see compression easily, and colors and details suffer. The resolution was certainly lower than the original. It certainly doesn’t look bad. Remote play of PS4 games looks just like watching a nice HD stream of gameplay on the internet. 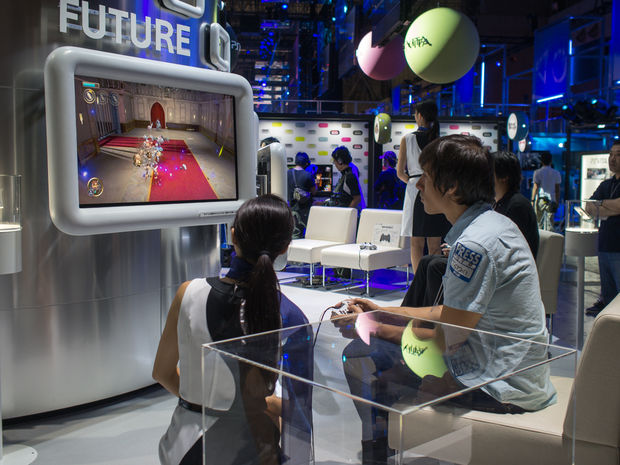 But quality of signal is not the point here. Flexibility is. Having second-room access to your $400 PS4 for only $100 more is pretty attractive. Plugging in a tiny box will be much easier than disconnecting and reconnecting your PS4 in another room. There’s also plenty of opportunities to be explored with remote play and multiplayer. And who knows what Sony has up their sleeves with Gaikai streaming tech beyond remote play.

Sony has yet to confirm the PS Vita TV for western markets. The device is sure to do well in Japan and Asia on the gaming side of things, but I hope they realize that with the addition of video and other content services, westerners would be happy to plunk down $99 for one.