Go on a sniping rampage in Hitman Sniper

A fun, simple little game in the Hitman universe

Square hasn’t been afraid to use the Hitman IP in fun and creative ways. Hitman GO was a critical success for doing something unique, and while Hitman Sniper isn’t on that same scale, it is still at least a ton of fun.

Your objective in the game is to take out a target on any given level. In the one I was playing, I was able to take my target out the second the sniper scope came up to my face at the start of the level. Sure you can just shoot your target right there and then, but you’d be missing the point.

Really what you’re trying to do is kill as many bad guys as possible in creative ways to score as many points as you can. Hitman Sniper is emphasizing competitive play through a leaderboard system. You’ll see in real time as you’ve scored more points/money than your friends, and you’ll also see as they pass you up.

So you’ll need to get creative with how you kill others, as the more creative the kill the more points you get. Thankfully creative killing is something that Hitman has always been good at. One example involved me shooting at the front of a parked car. This set off the car alarm, which caused two nearby guards to come investigate the noise. One was near the car already, and another guard was a couple of stories above in the house, looking down to see the fuss. As soon as that guard leaned over the railing, I shot out the glass that was a part of the railing, and this caused him to fall over and land right on top of the guard on the ground. Double kill! 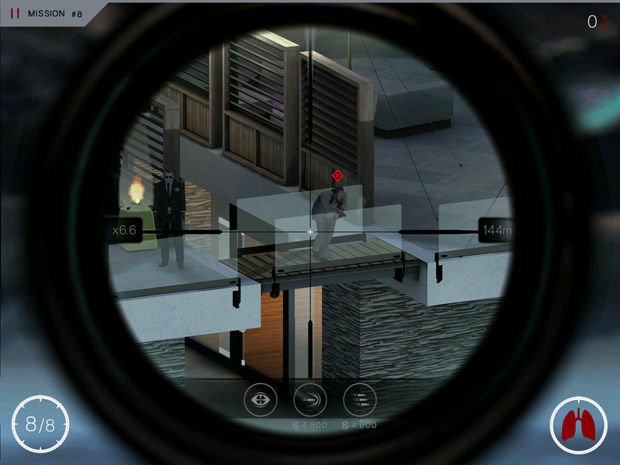 What you’ll have to be careful of is that the main target will eventually start to notice that his guards are going missing. Plus, other guards can potentially find the dead bodies if they’re simply just taken out where they stand. Eventually this will scare the main target, causing him to flee the scene and you’ll fail the mission. It starts off with how much do you really want to risk, but as you replay scenarios and understand the layouts better you’ll find yourself really cleaning up house. There will be multiple goals and missions you can take on a level too, so it’s not always going to be same thing if you don’t want it to be.

Along with your main sniper you’ll be able to equip perks and the like. A couple I saw included a super sonic round which removed the need for lead time, and another that made my bolt-action rifle fire rounds off like a semi-automatic. You’ll be able to earn a variety of perks, plus improvements and additions to the rifle itself. And that in turn will help in scoring more points in the game.

The developers behind are looking to have a variety of locations available for players, and they’re looking to develop the game along with the community. If there’s a demand for classic hits, or say certain places from around the world the team will work something out. 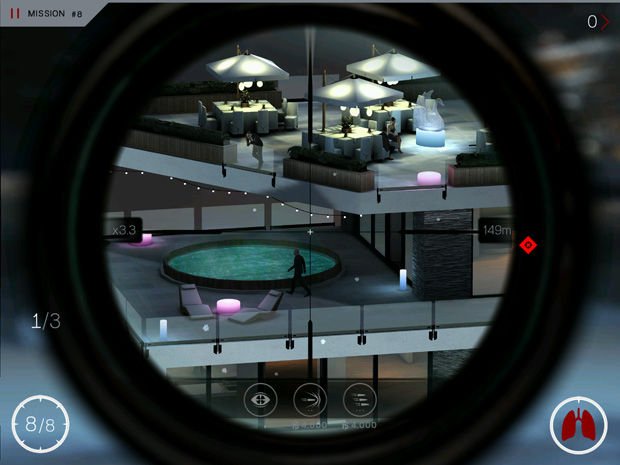 Hitman Sniper will be out this fall, and it will be a free-to-play title. Players will be able to unlock everything without ever having to pay, but those that just want to get to the good stuff as fast as possible will have the option to put some money down.

Nothing too complicated, but it’s easily going to be one of those games I will enjoy playing while on a flight or looking to pass the time.