It feels like this game is a mythological beast

Amazon has more money than God.

Whycan’t it get a first-party release right?I…I don’t know. But something tells me that they’re going to put a little more oomph into New World than their prior efforts. 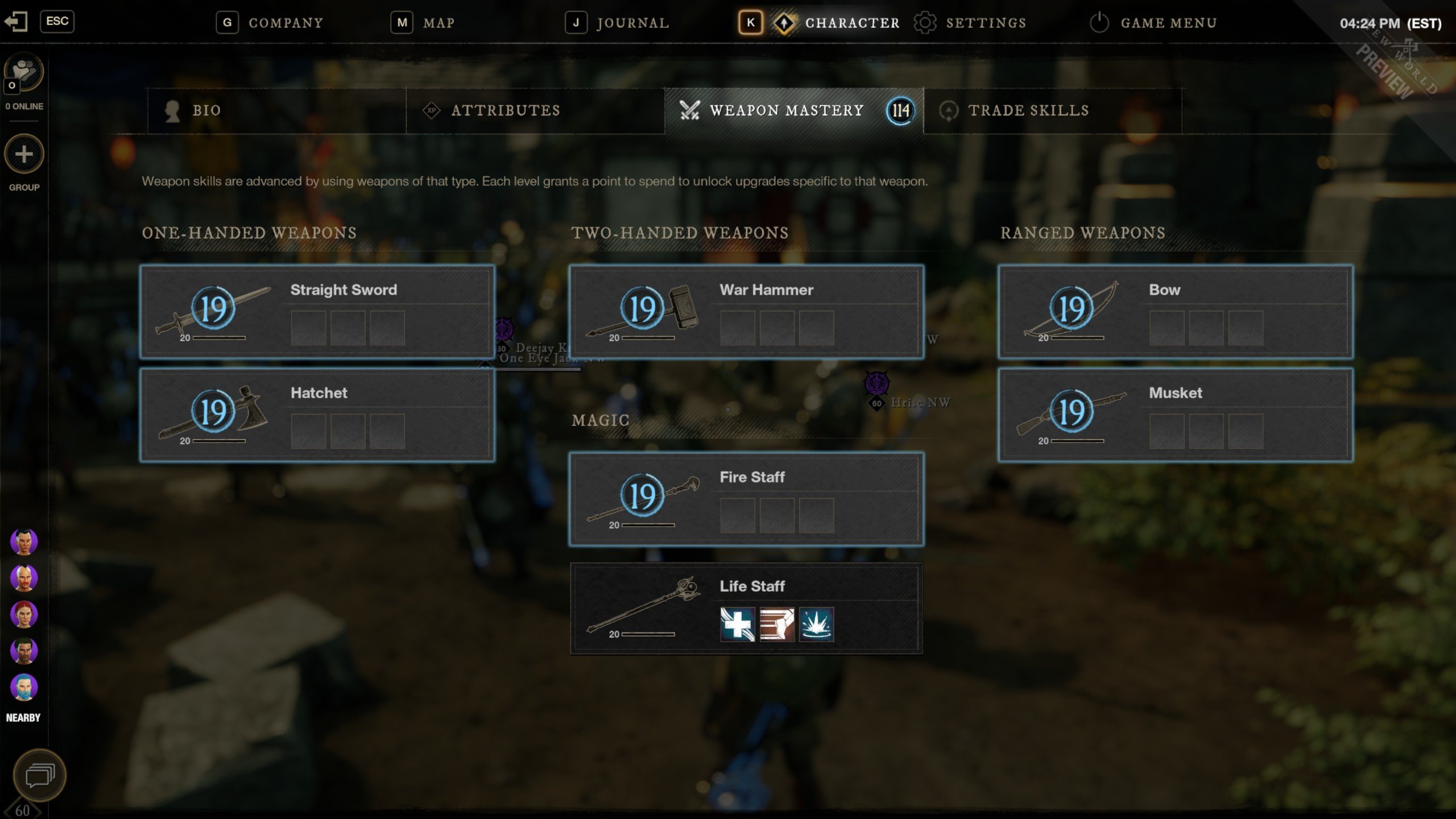 Look, Cruciblehad potential. I know it’s tough to stand out in the hero shooter crowd, but with better marketing and a lengthier beta period, it could have had the right stuff. New World was just hit with a delay, so maybe it’ll avoid that same fate. Amazon Games’ Irvine studio told Destructoid yesterday that the recently announced delay was triggered to “add more content,” specifically for endgame concerns, and also for a “polish pass.”

I know it’s tough to keep track of every live service game and MMO these days, but to be clear, this is not a historically accurate colonial simulator.New Worldtakes place in the “haunted wilderness of Aeternum,” described as a “mysterious island in the twilight of the Age of Exploration.” Amazon Games Irvine says that “supernatural creatures” are a big draw of the game, as is the concept of growing townships. Crafting and questing are baked into the core of this game, with open world roaming on top of PVE encounters and PVP.

Each territory has perks to upgrade your character, as well as bonuses for the traditional leveling system. There’s also anEVE Online-esque element as well that involves paying taxes and paying attention to upkeep for your fort’s upgrades. Amazon Games Irvine states that this classless combat system is more deliberate with a heavy server-based load, allowing for more precision.

Now onto the hands-on session. We got to play the “War” gametype — the marquee PVP mode. You’ll take on an enemy company (who can upgrade their forts to make your raid that much harder) in 50v50 combat, which takes place across a time period of roughly 30 minutes. You’ll grab objectives sequentially as you head into the fort as the offensive raiding party: much like the Shadow of Warsiege system. Players can “flag” themselves as available for raids, so the EVE Onlinecomparison is not entirely apt.

I was selected for the aggressor side for this 50v50 test, with the default loadout of a life staff-wielder. As a mage, my character had the option of speccing into healer (protector) or life-stealer. Other options in the build included straight swords, hatchets, war hammers, fire staffs, bows, and musket. Before we went to war, a small party and I wandered off to clear out an area and a miniboss: a perfect chance to test out the fundamentals.

Combat is fairly sleek and streamlined, as my build allowed me to sport three abilities. One could heal a teammate or leech health from an enemy, another lets you dash a short distance, and another allows you to drop an area-of-effect blast in a selected area. Several abilities were very impactful and had flashy animations; others felt dull and too understated (this is to be expected when it comes to MMOs with tons of powers).

That simplicity is where I think Amazon is trying to hook in the casual audience. In a War match, you have an extra layer of mechanics on top of all that. Now you can purchase equipment from the armory, like (old-timey) miniguns or canons to place out in the world for battle tokens, which are earned in the war itself. The best part is that anyone can take advantage of your structures, as War is a very team-centric game where everyone is involved.

Ultimately, we prevailedas the aggressors — but it was an arduous fight. The defenders definitely have some advantages with the high ground on their ramparts (Anakin!), as well as priority placement for defensive weapons. It’s also easier to defend chokepoints with area-of-effect spells and tools, but there’s plenty of time (again, about half an hour) to make headway. If you start getting some kills and pushing the enemy back, you can manage. 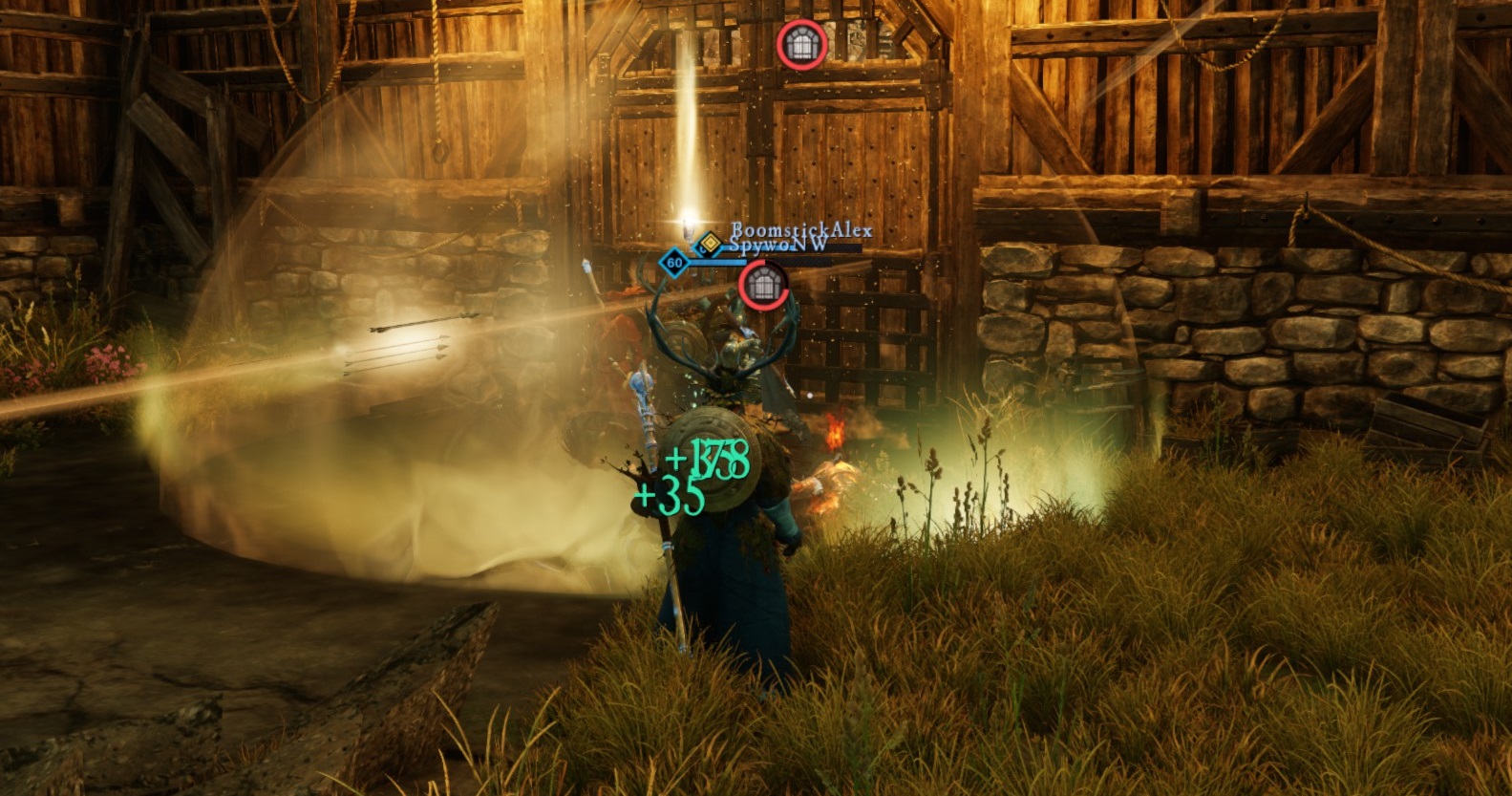 It was a fairly weird experience in that at every turn there were mixed emotions. It was hectic, but not too hectic. Action-packed, but not too thrilling. I’d say I enjoyed it overall, as it reminded me of something likeLord of the Rings: Conquest— an arcadey little romp with magic-wielders, melee assassins, and ranged damage-dealers fluttering about a giant battlefield trying to make sense of everything. It’s not going to be for everyone as the time to kill rate is very slow, but 50 people is just big enough where it feels grand in scale without going overboard. It’s veryBattlefieldin that way.

There’s potential withNew World. I don’t think Amazon is very clear with its messaging (in terms of the intended audience) and there are so many MMOs and live service games out right now that it could have to scrappily fight for attention just like Crucible. I’m cautiously optimistic in terms of how accessible they seem to be making it.

As of today, the game is due “globally for PC in spring 2021,” and a preview event will open up this afternoon at 12PM ET for prior alpha testers, folks who signed up for the beta, and pre-order users.

[These impressions are based on a pre-release build of the game via Steam.]