For a five-song expert marathon event

Activision has been steadily supporting Guitar Hero Live‘s TV element for months now, adding constant new content to the game. Although it has microtransactions the system is more than fair, and allows for a ton of songs to be added in, free from the tethers of price “per track” DLC. Having used it since launch, I vastly prefer it to Rock Band‘s model, especially with the free special events that have been peppered throughout. I had a chance to talk to Nathan Coppard, Senior Game Designer at FreeStyleGames about an upcoming GHTV event, and it’s one of the coolest sounding ones yet.

In short, it’s a five-track celebration event for some of Guitar Hero‘s toughest songs — and they’re kicking it off by bringing back “Through the Fire and Flames” by DragonForce, one of the most infamous songs in the series’ history after it debuted in the third iteration. 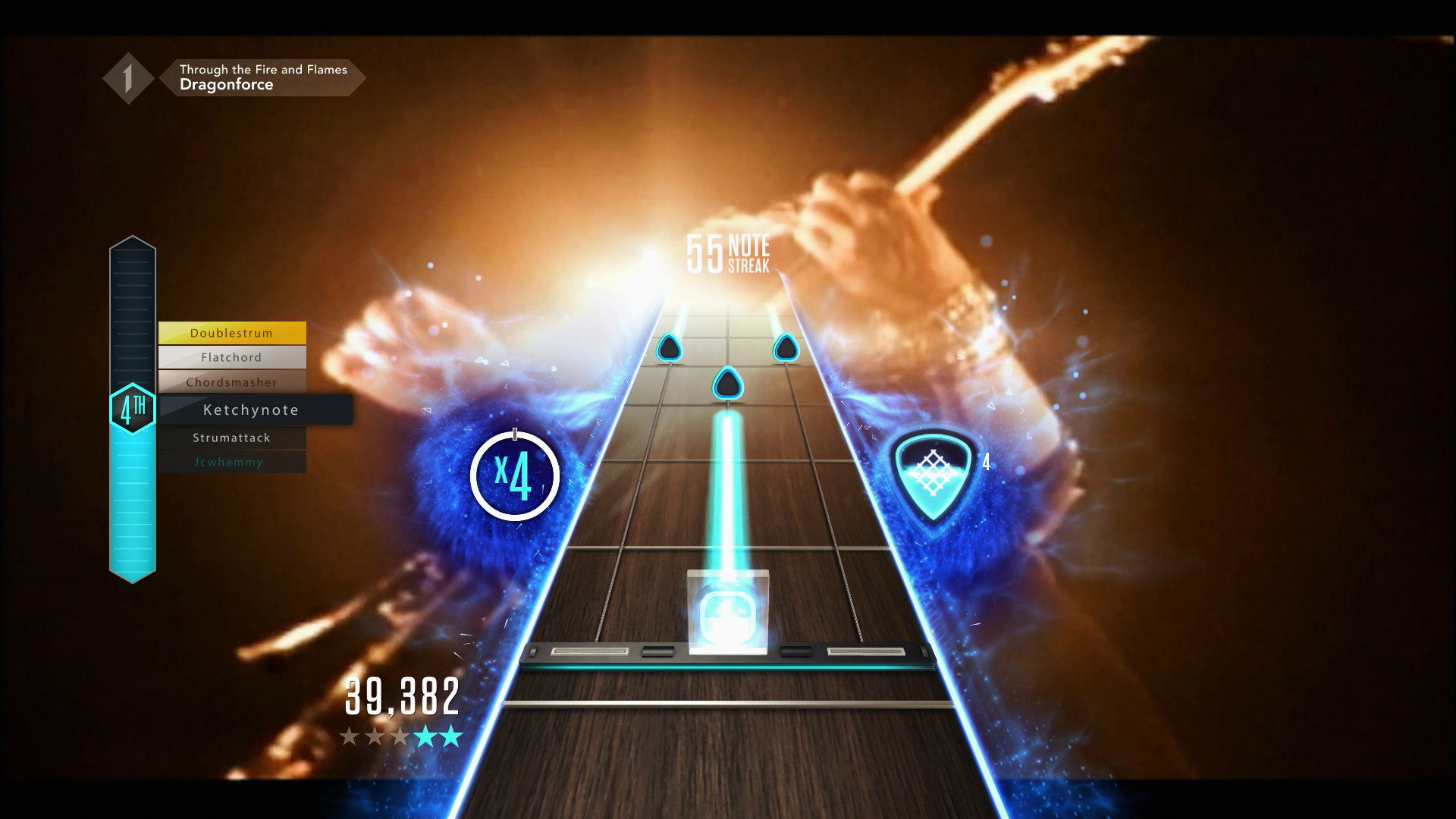 As explained by Coppard, “veterans have risen to the challenge so far which everything we’ve thrown at them, so bringing this song back is the next natural step. We found that with this challenge, the tracks we’ve identified as ‘difficult’ are on the level. We’ll be surprised to see full combos for these songs back-to-back, but we know people are going to do it.” With the “Rivals” leaderboard feature enabled throughout the challenge, you’re also constantly going head to head with other people through this gauntlet.

The rest of the event includes Hangar 18, Strife, Ghost Walking, and Cry of Achilles. When asked how the team builds these tracks (particularly the madness of Fire and Flames), Coppard noted that they “start from the top, then work their way down.” He says once they have all the notes they need for Expert level, they can then start simplifying it further.

But forGuitar Hero Livethey had to add in a few new elements, which Coppard says will weed out a lot of players right off the bat. “First off, if you couldn’t play the intro to Fire and Flames, you were kicked out, full stop. It’s like a right of passage. Now we’re using open strums and the six-button layout that wasn’t in the original, so it adds a whole new dimension to the song.” He calls it the “final boss of all of Guitar Hero.”

I believe him, as the song caused a bunch of people in my play group in college to quit. The event kicks today, and will run through February 8 at 7AM PT. After the event, Fire and Flames will be added into the normal rotation of GHTV.