Wish you were her!

We’re not leaving much out of our E3 coverage on the homepage, but if you want to go behinder the scenes, follow us up on Twitter for instantaneous snarking, off the cuff responses, and pictures of Jordan’s legs. 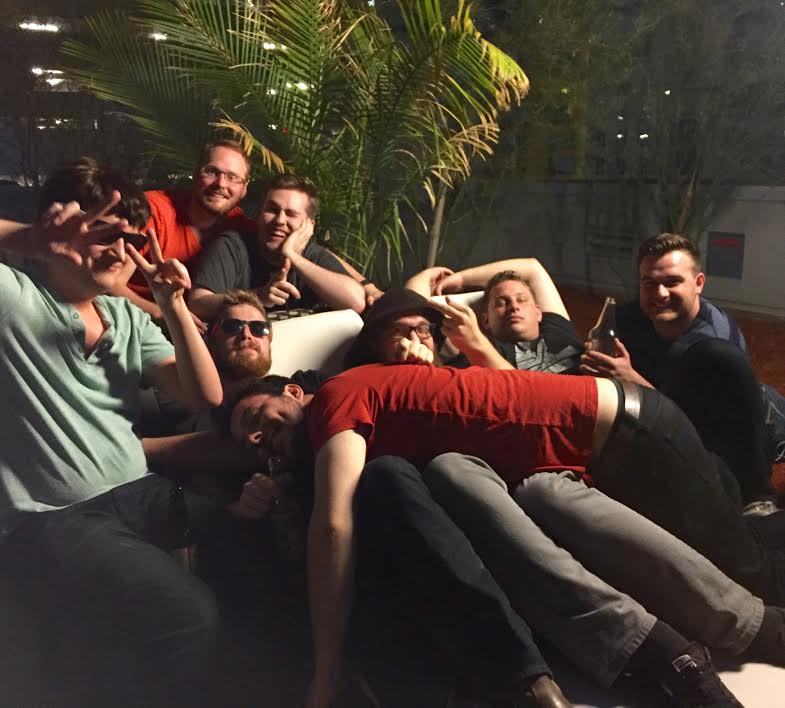 Here’s me, Jordan, Kyle MacGregor, Brett Makedonski, Zack Furniss, Mike Cosimano with friends of Destructoid Hayden and Phil at our hotel pool at midnight on Sunday after drinking some beers with turtles on them. 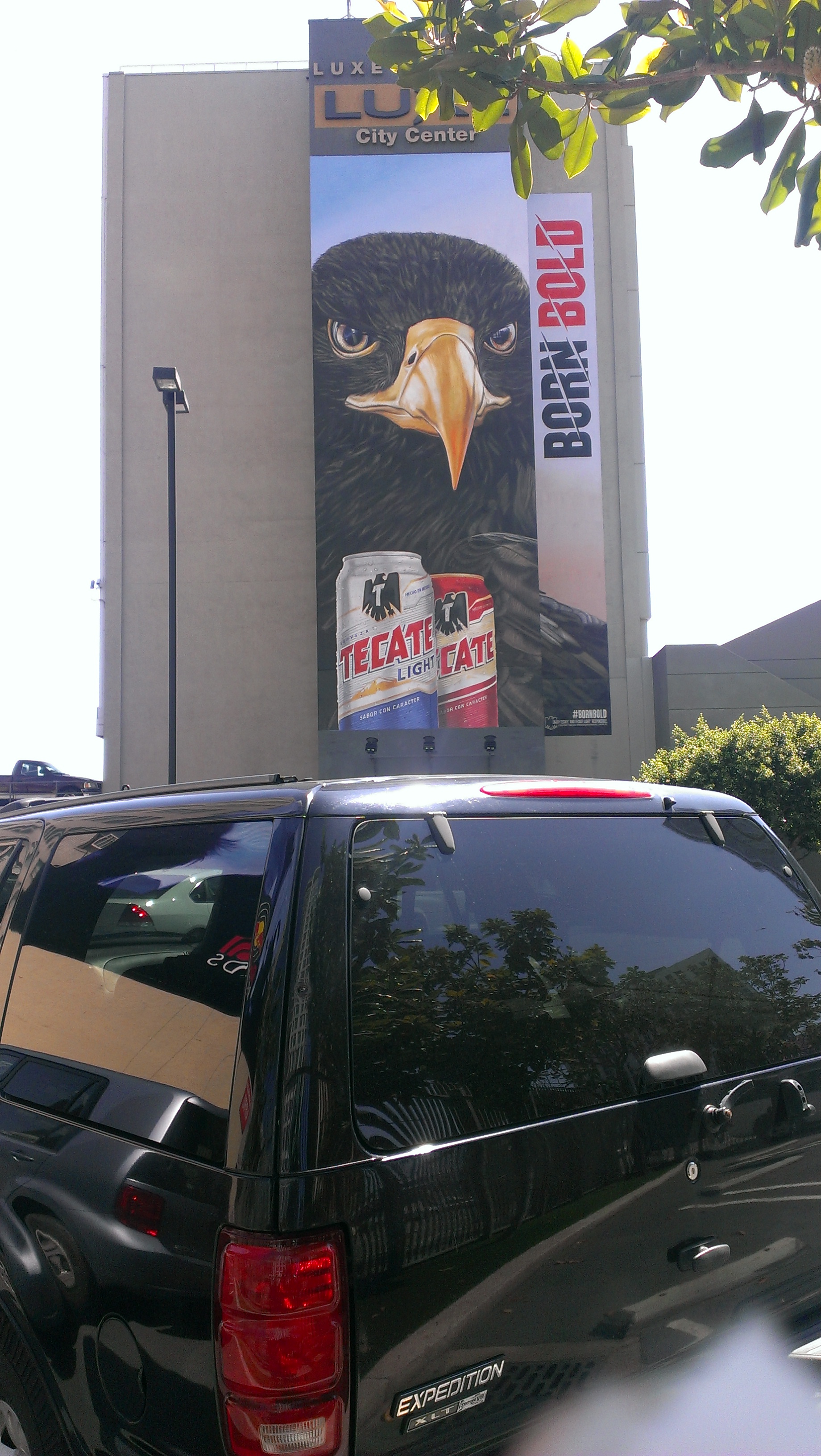 I like this Tecate ad. LA’s tall buildings are surprisingly light on million foot videogame ads this year, though there are some. 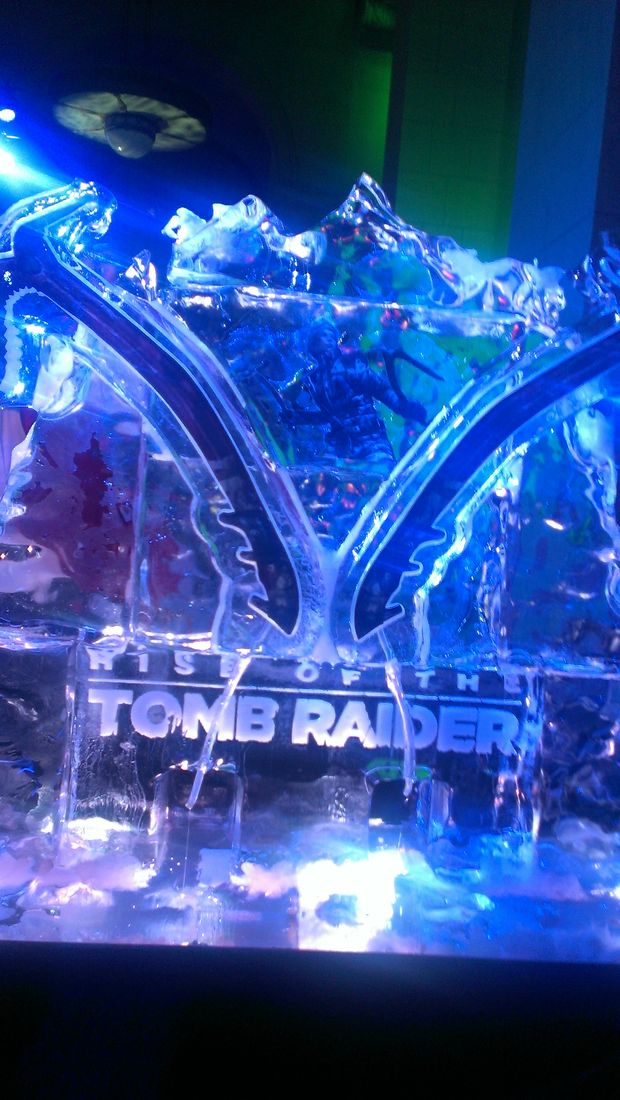 Microsoft had an event on Monday night. There was this giant Tomb Raider ice sculpture and a bartender pouring shots in the top and they’d come out the bottom into your glass. Unfortunately they were shots of Fireball and Fireball is disgusting. 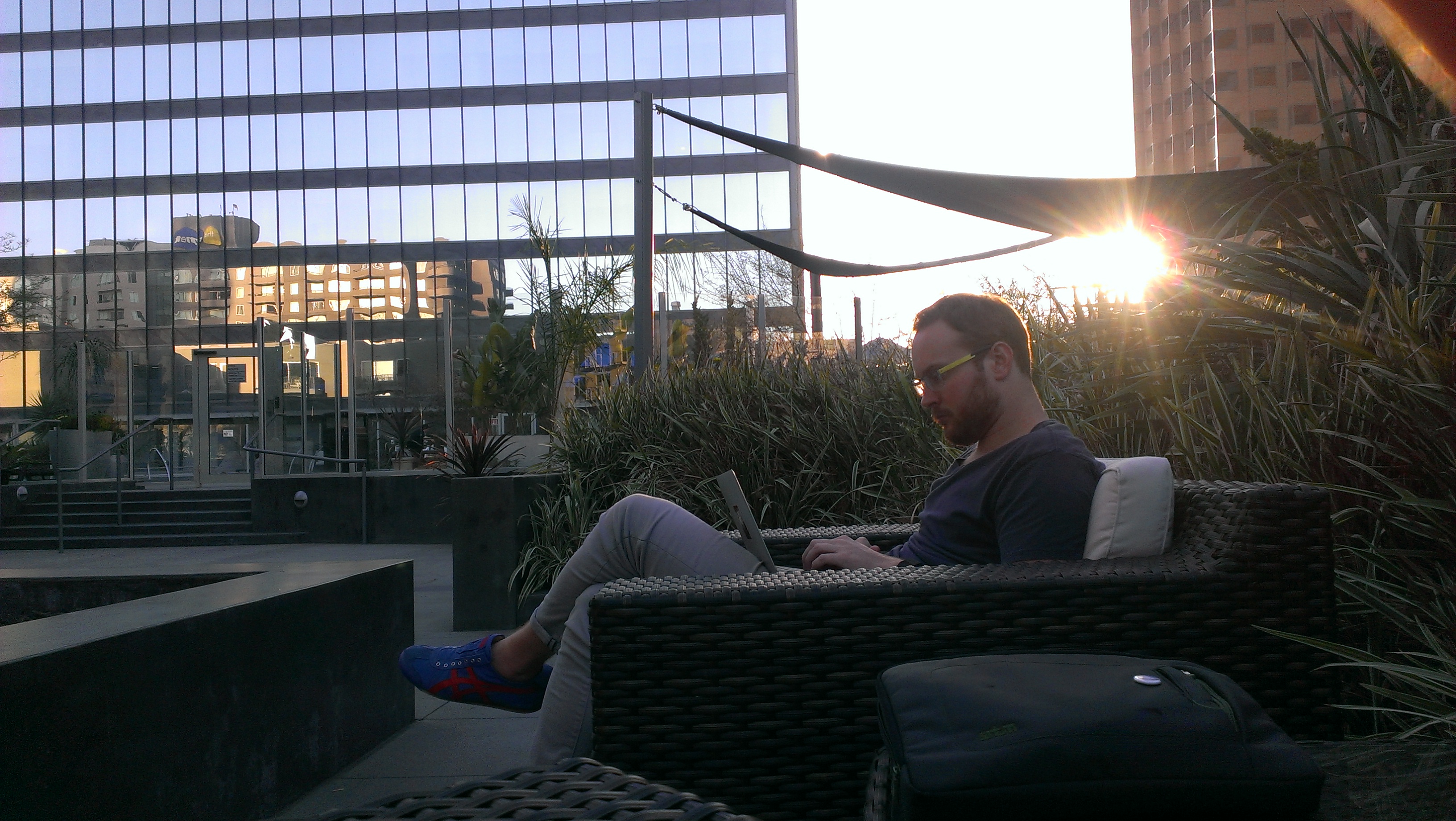 Jordan, poolside as we work sunrise to sunset. Our cool hotel was cool, but did not have wifi. The press room closes at some point. Thankfully, our cool hotel pool did have complimentary wifi. 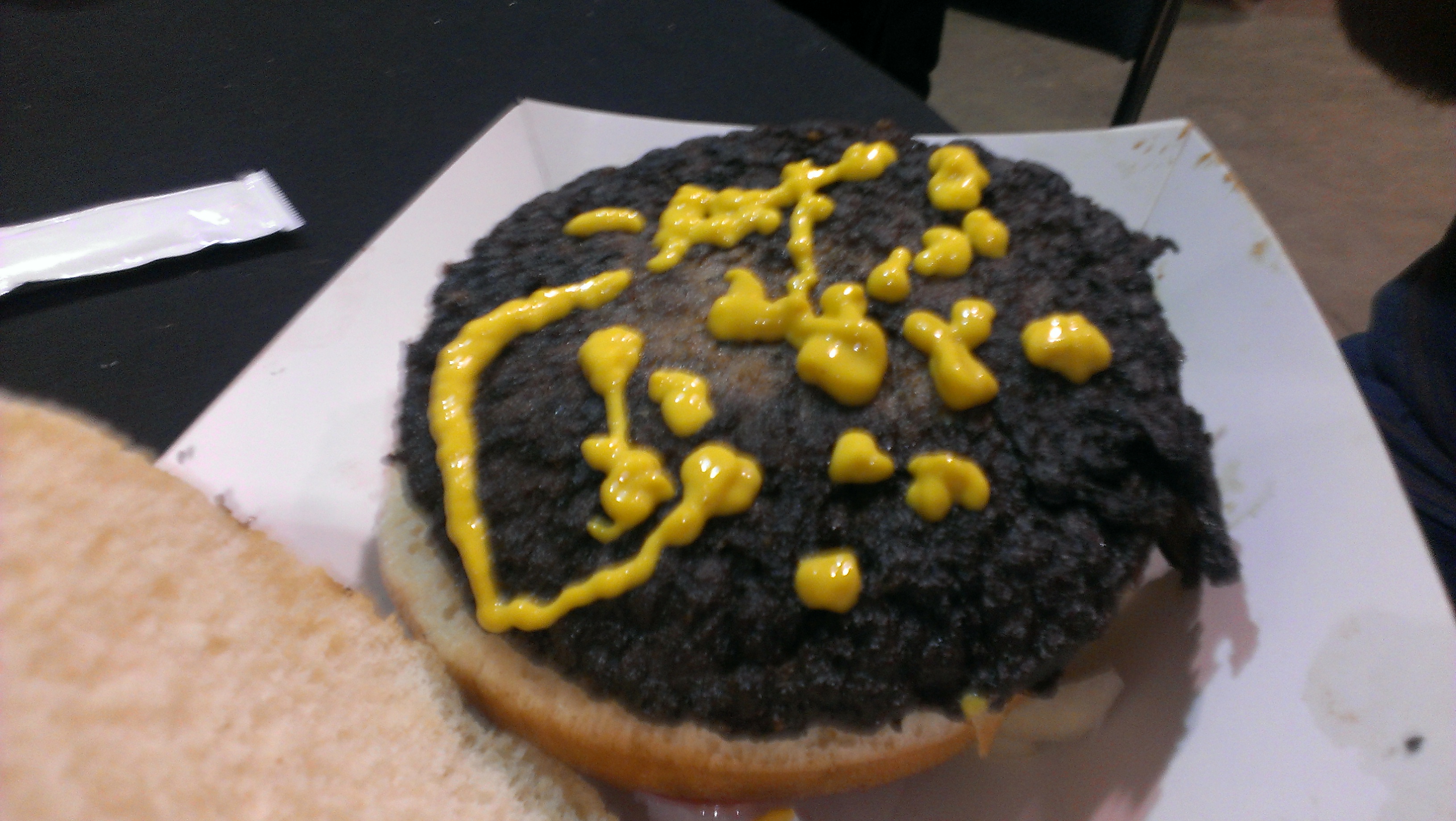 Yesterday, we broke event rules and ate convention center food. This is a hamburger, not a hockey puck. 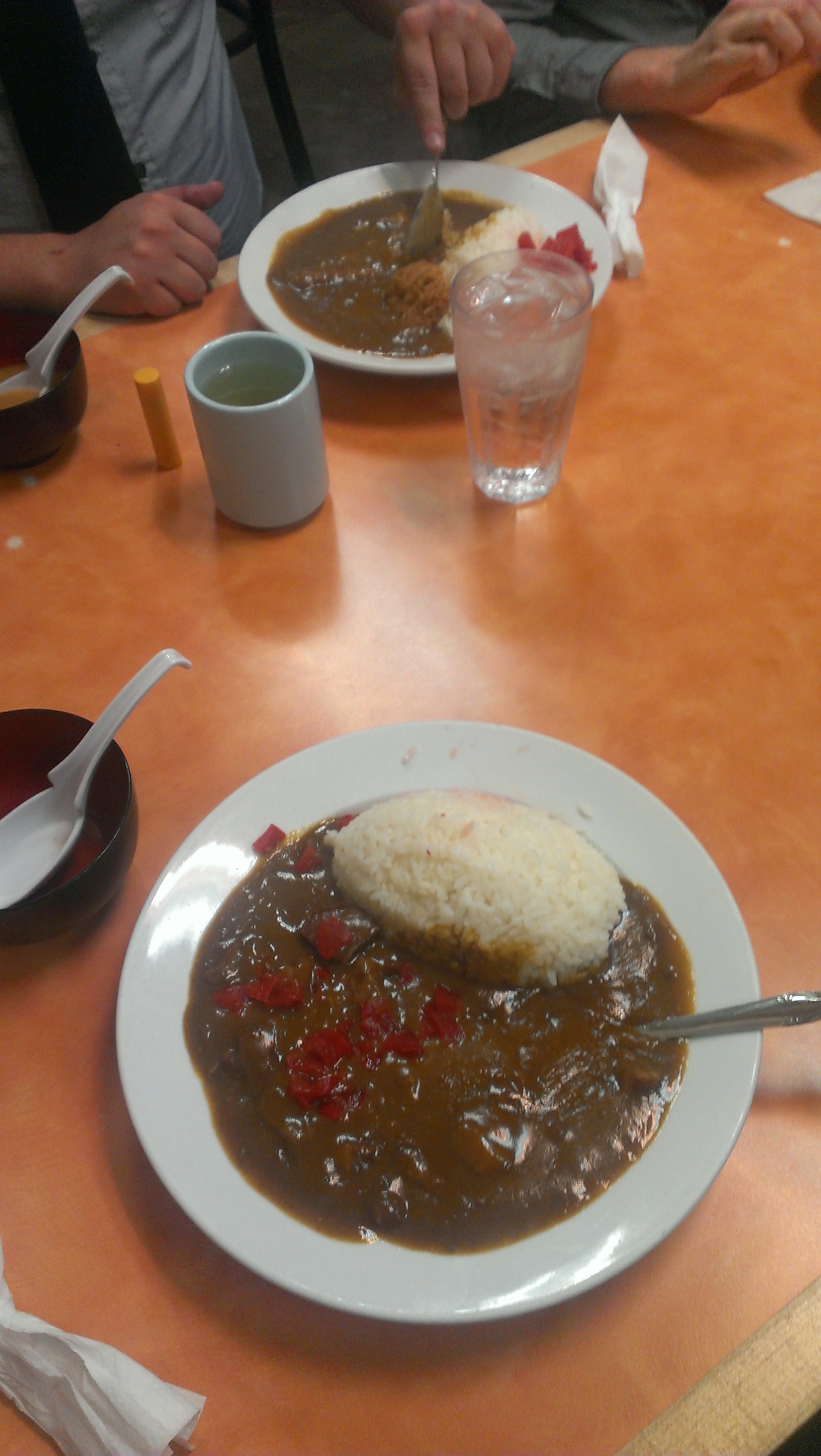 Two days ago, though, after we already had eaten dinner, me, Jordan, Brett, and Kenny went to Little Tokyo to get our Japanese curry on. I finished it despite being full as heck. Felt bad for a while. I might get more tonight. 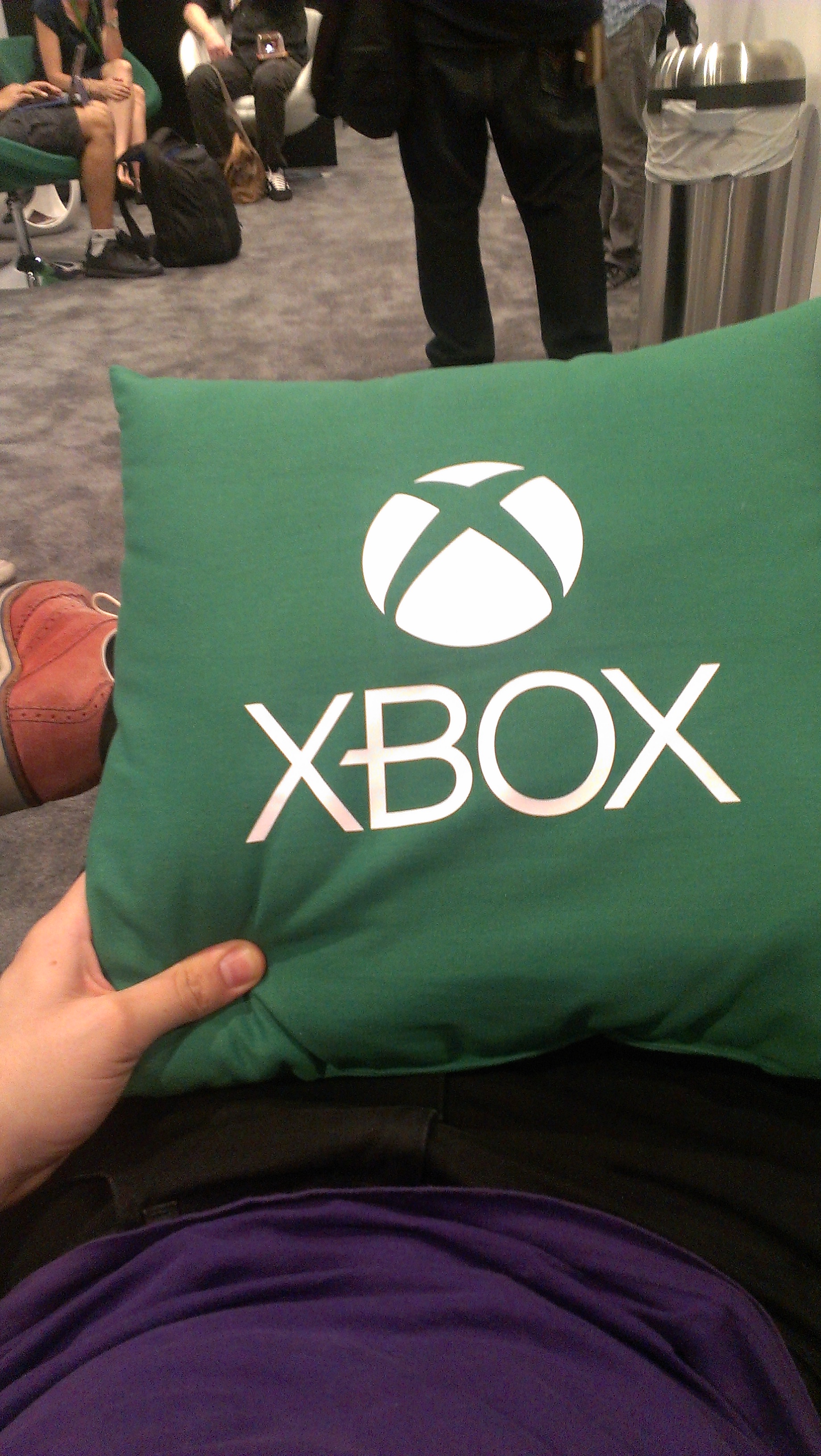 Finally, an Xbox throw pillow big enough to cover my dick! I should’ve stole it. 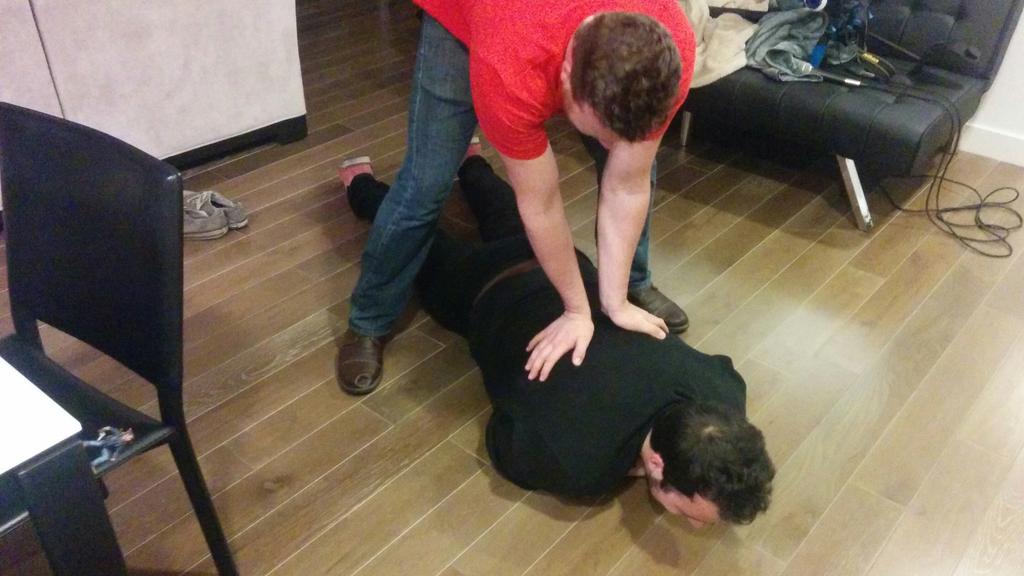 [Photo Hayden Dingman]Zack Furniss cracked my back after I shaved a metroid into his head. Speaking of… 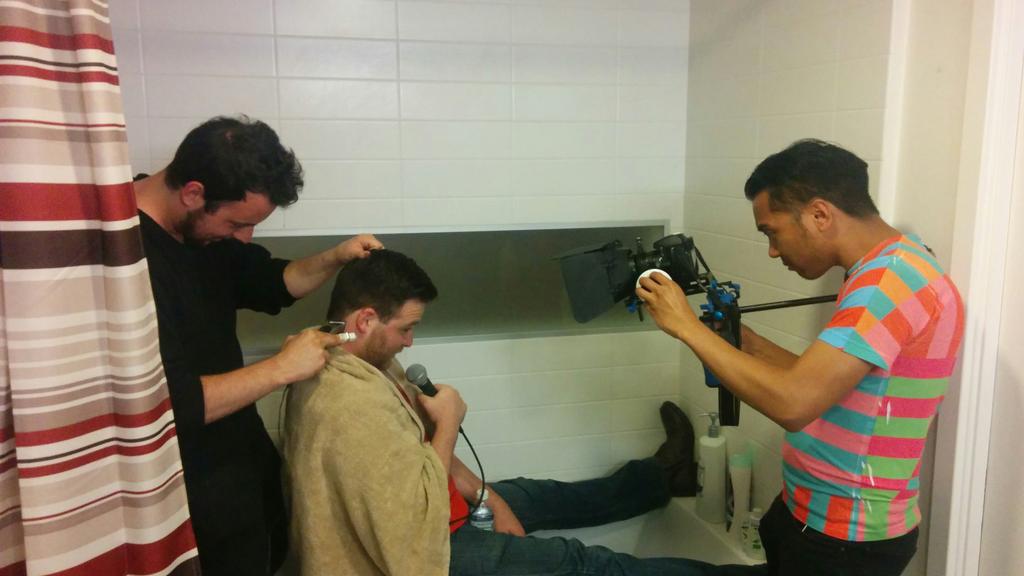 Zack is a man of his word. 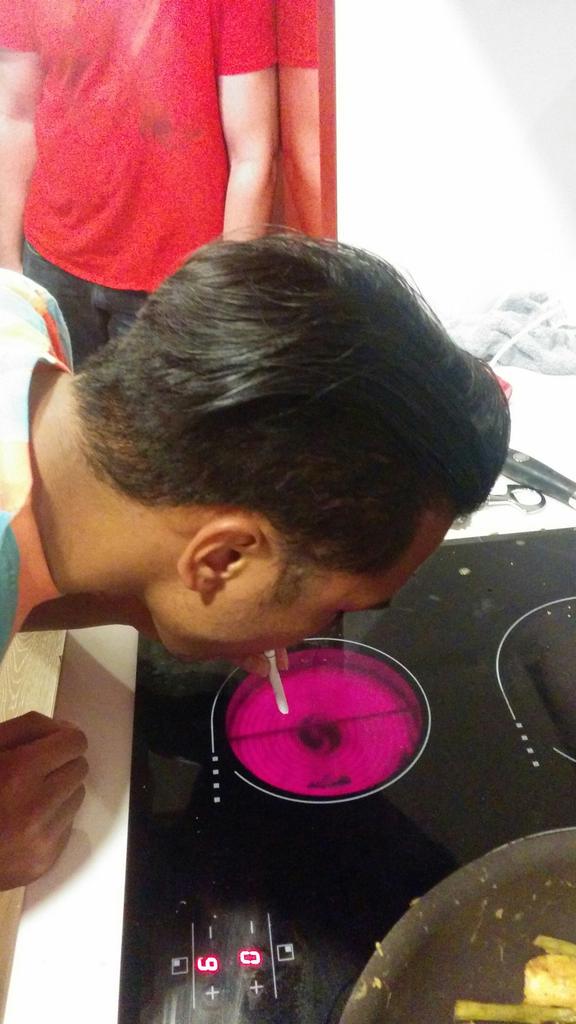