Here are the worst games you played this year

Last week, I asked you to share your stories about the worst new games you played all year.

I am so sorry I asked. 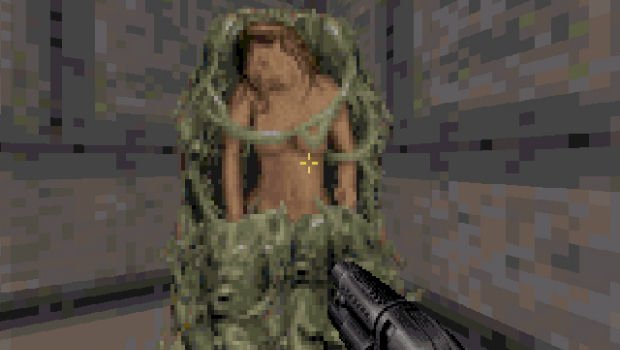 The correct answerhas to beAliens:Colonial Marines. I got a couple levels in and couldn’t even bother to finish the game, it was that fucking bad. I only paid like 5 bucks for the fucking thing on a Steam sale and I still feel like I was ripped off. Whomever let this game see the light of day should really be ashamed

Aliens: Colonial Marines was pretty damn disappointing. The whole alien universe is so rich and terrifying and amazing and for such a shoddy product to be released, it made me sad as it no doubt set the franchise back in terms of productivity and sales. I hope one day we get a new aliens game that captures the horror of the universe.

Aliens: Colonial Marines. I stuck through the whole thing just to experience the awfulness in it’s fullness. Years of MST3K have given me great tolerance for terrible, terrible shit.

Aliens: Colonial Marines. Though in my defense I did only play it for about twenty minutes. 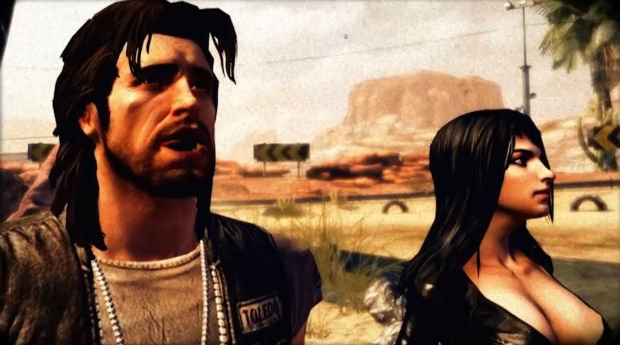 Ride to Hell: Retribution. This game made me re-think my perception of games. It’s unbelievable, how absolutely broken and flat-out bad this game is. It might very well be the absolute worst Action Adventure game of the last generation. Whenever you think you’ve reached the lowest possible point, this game kicks you in the balls with another broken segment, terrible music, glitched graphics, missing sound effects, horrible voice acting… you get the idea.

Aliens: Colonial Marines may be terrible, but Ride to Hell may very well go right to Hell.

Ride to Hell: Retribution. This gamewas so shit, I couldn’t make it past the one hour mark. I tried so hard to find something redeemable in the game too. Visuals look awful. Music is bland and boring. Voice acting falls between laughable and offensive. Controls are a trainwreck, especially when playing with a mouse (mouse sensitivity was constantly changed when aiming with a gun). Bike riding was a joke.

There were no redeeming qualities to Ride to Hell. It’s a game that makes movie tie-ins look amazing. 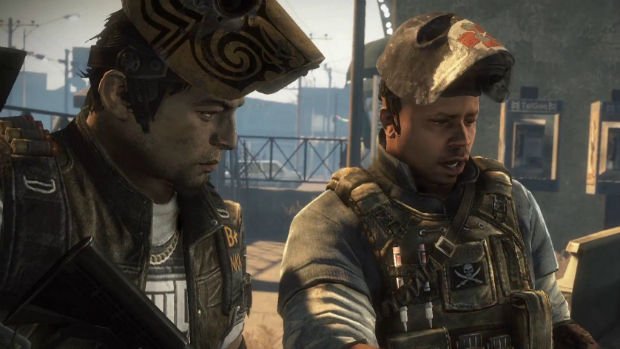 I would say Army of Two: Devil’s Cartel. I rented it, and it had so many fucking problems. I did somewhat enjoy myself every once and a while in the five hours I played, but that was just because it actually worked during those times

Runner up is Aliens: Colonial Marines. Only played the first two missions, which were some of the worst I have experienced. Multiplayer was mediocre, which is better than bad I guess.

Due to the expensive nature of videogames I rarely play truly awful games, but the worst new game I played this year wasDead Space 3. A complete departure from what made the series great, with new features that frankly sucked. I can’t think of a single new addition I liked. A big disappointment. 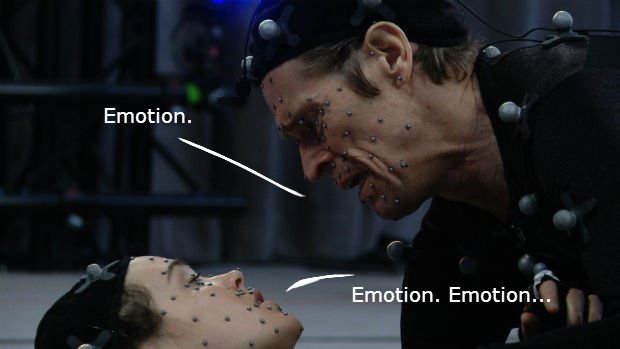 Beyond: Two Souls. Has to be one of the most patronizing and insulting games I ave ever experienced, I would go on about how flawed the story is and how much of a cynical bitch Jodie is but I am too tired to care.

Also “The Mission” chapter has to be the most dense thing ever. How anyone in Quantic Dream did not see the huge inconsistency in that scene must be blind.

I might have to cast my vote for Deadpool: The Game. The action was so bland it almost put me to sleep, the levels felt really uninspired, save for a couple, and it was a really barebones package. I will say that Nolan North as the Merc with the Mouth is just top-notch, and some of the jokes/gags is really humorous (I rarely laugh out loud in general, but this game managed to get a few chuckles out of me), but overall the game was just a waste of 30 bucks (which I got it for), much less 60 bucks. 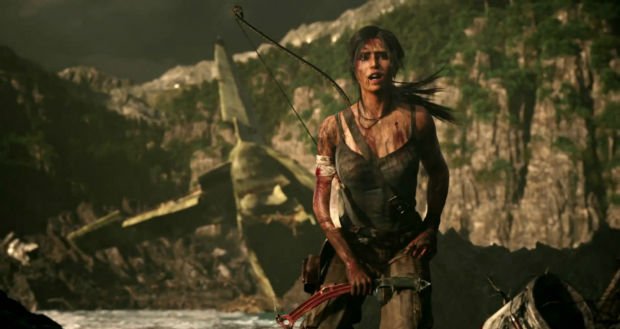 It’s possible the only game that came out this year I’ve played is Tomb Raider. Which coincidentally is also rubbish. It’s a shame because there were clearly some very awesome gameplay mechanics lying largely unused and forgotten under the mountain of boring man-shooting and “interactive” cutscenes. I think I gave up after killing a hundred or so armed and organized castaways. Seriously, for a mysterious hidden island you’re off on a treasure hunt for, an awful fucking lot of people seem to have found it first.

I think probably Saints Row IV. I expected it to be really good but it’s actually boring. I keep trying to play it and they start talking and I do one mission and exit it. I created a shitload of characters, but playing it was just… boring. 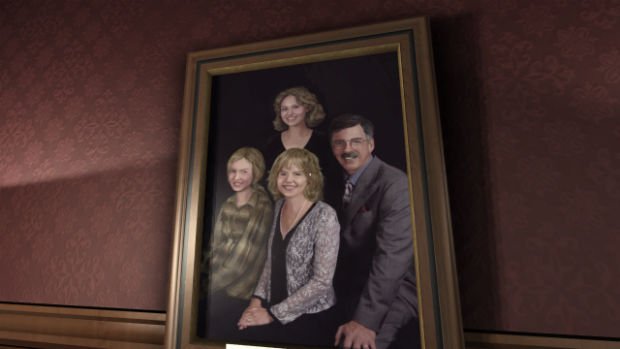 Gone Home. In my opinion, the most overrated game of the year.

Now before I get a shitstorm hailed at me, Let me start off by saying I had no problem with the gameplay (Or rather Lack of) or the execution. I actually really liked the idea of exploring a house and searching for clues to piece together a story. I loved The Stanley Parable and Proteus and I don’t have any problem with games that set aside gameplay in order to focus on the narrative or exploration.

Of course that said, the story has to be pretty fantastic in order to make up for the lack of interactivity, and Gone Home is severely lacking in a gripping narrative.

I felt the story was dull and predictable and many of the “controversial themes” that the game tries to convey are undermined by some of the cliche elements that fill the story. By the time I was about 1/4 of the way through, It became pretty apparent of the direction the narrative was going and from there on I just felt like I was continuing the game just for the sake of beating it rather than to actually see the ending.

I’ll admit though that my thoughts before going into the game may have affected my opinion. Everything leading up to the games release pretty much labeled this game as a mystery where you were actually exploring a strangers abandoned house in order to find out what happened. In that sense, I was expecting like a Murder Mystery or something like that. Instead it turned out to be you exploring your own house which just felt silly.

Hard to say what the “worst game” was since I try not to play those games.

That said, and I know I’ll probably get a zillion people telling me I suck, Wonderful 101 was easily the biggest disappointment. Definitely Platinum’s first high-profile misfire. The control system, especially when it came to switching weapons, was just absolutely awful.

Wanted to like it. Hell, I still keep trying to see if something will click. But it’s just not a good game. 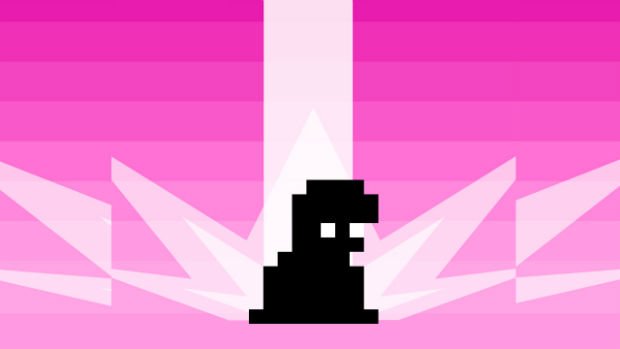 I’ll be the only one throughout all the Internet to say this but… Electronic Super Joy. Absolutely atrocious. The perfect example of how not to do a challenging game.

It starts challenging. And any sensible developer knows that you justdon’tdo that, even remotely so. Even Demon’s/Dark Souls, Super Meat Boy… Super Hexagon even gave you a little bit of a jump start (although, it wasn’t much because the game was meant to not last very long). You need to gradually ease the player into the game or risk frustrating them early on, and I don’t exactly welcome frustration.

Can’t really think of any game I outright hated. I tend to have a pretty good gut feeling about whether I’ll like a game or not.

A few have been disappointing though, with the biggest probably being Grid 2. I’ve never been in to off-road racing games, so I was so happy to finally see a sequel to Grid after all the Dirt games Codemasters pumped out. Really enjoyed the first a whole lot. One of the best racing games of this generation. Then I played the sequel and found it to be pretty dull. There isn’t really anything “bad” about it, it just feels very uninspired, and it just couldn’t hold my attention for long. A real let down after waiting so long for a sequel to a game I loved so much.

I guess BioShock Infinite was somewhat of a disappointment too. I enjoyed it my first time through, but I’m struggling to find the motivation to continue my second playthrough. I’ve already had the mystery in the plot revealed, and now I can’t help but see flaws everywhere. The game kind of feels like it’s designed to be several things at once, and those things all clash against each other. All those things feel like they’re taken from other games too, instead of the game having its own identity, gameplay wise. But still, I don’t hate the game, and I liked it the first time just as much as everyone else. 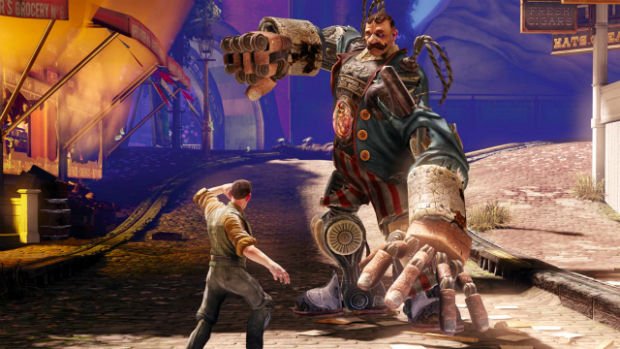 BioShock Infinite. Not because it’s purely a bad game, but because it was my biggest disappointment of 2013. [Note: There were so many arguments in the comments in relation to Infinite that I could barely find something quotable that didn’t take up the entire space allotted for this article. So instead, I went with these short and sweet ones. For the full story, click here and read the discussion that follows. –Andy]

My personal worst game of 2013 had to be Corpse Party: Book of Shadows. I really could write a blog on how atrocious the writing was, let alone the lazy uninspired artwork, but I’d have to finish the game to do it. How I slogged through four chapters of that mess I’ll never know. 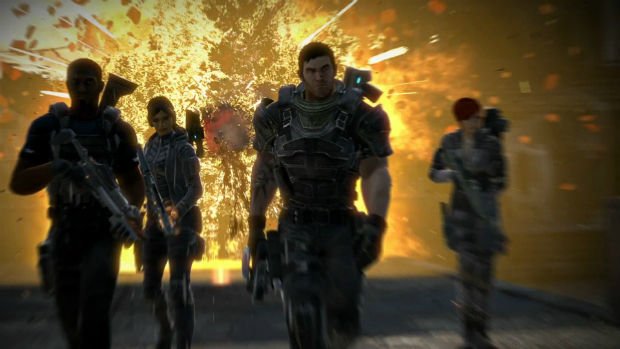 I’ll just say Fuse even though I have only played the demo.

I had a one hour “preview” of Fuse that lasted 25 minutes before I gave up on it.

Oh yes. Yes it does.

Thanks to everyone who participated! I obviously couldn’t include every quote for every game you hated, so click here for the full recap (including tons and tons of arguing about BioShock Infinite). Until next year: PLAY BETTER GAMES!