We spoke to Travis McGeathy, Lead Game Designer about what’s to come

Heroes of the Storm isn’t as popular as DOTA 2or League of Legends, and there’s a lot of potential reasons for that. For one, Blizzard was really late into the game, jumping into the fray years after League of Legendshad already ensnared most of the MOBA audience into their economy. There’s also a lot of mixed messaging and uncertainty when it comes to outside players, who deride it as a “casual” game because it doesn’t have mechanics like denying, last-hitting, and an item meta to juggle.

Heroesstill has somewhat of an uphill battle as it approaches its second anniversary in June, butTravis McGeathy, Lead Game Designer for Blizzard, is hopeful. 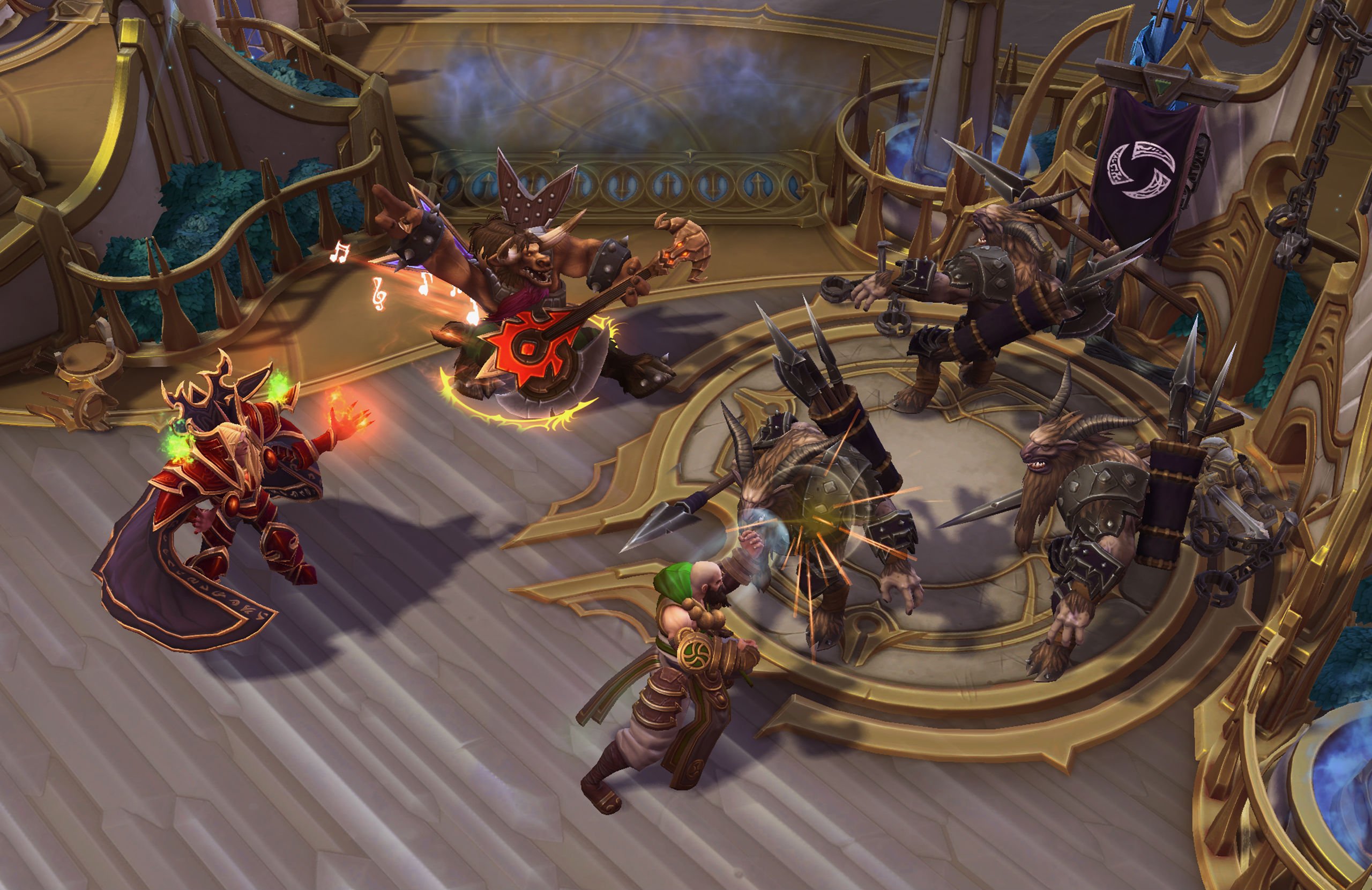 One great recent move is the addition of a solo ranked queue with the beginning of the third competitive season, which kicked off last month. McGeathy explains their reasoning for finally incorporating this element, noting, “These changes cement Hero League as the place to demonstrate your skill as a solo player, while opening Team League to more players by increasing the types of teams that can play there.”. He does admit that things could change, stating “This season is just a trial. There’s a risk that we may need to adjust some of these changes, but we figured it was worth a try to see how it went. I expect even if the core format changes work out well, there will be other adjustments we’ll need to make before we’re completely happy with the results.”

As for that ever-present factor of balancing, after asking whether or not the team factors in the pro scene more than everyone else,McGeathy responded, “In general, we don’t specifically tune around pro play, though we certainly look at how heroes perform across all skill ranges of play and adjust accordingly. Some heroes, like Medivh, are intended to perform better at high skill levels. Others are intended to be easier to pick up and play at lower skill tiers. Generally speaking, though, we aim for all heroes to have high skill caps so even a hero that is easy to pick up and play continues to perform well as the player’s skill increases. Where the pro scene really adds some interesting twists is in how it can affect the meta of the whole game. Pro play gets a lot of visibility; it’s not uncommon for pro players to hit on a new tactic, new favorite heroes, etc., and then we see that reflected later in casual games. For example, it’s fun to watch the pick and ban rates in draft modes following a major tournament as they tend to align with what the pros showcased.” 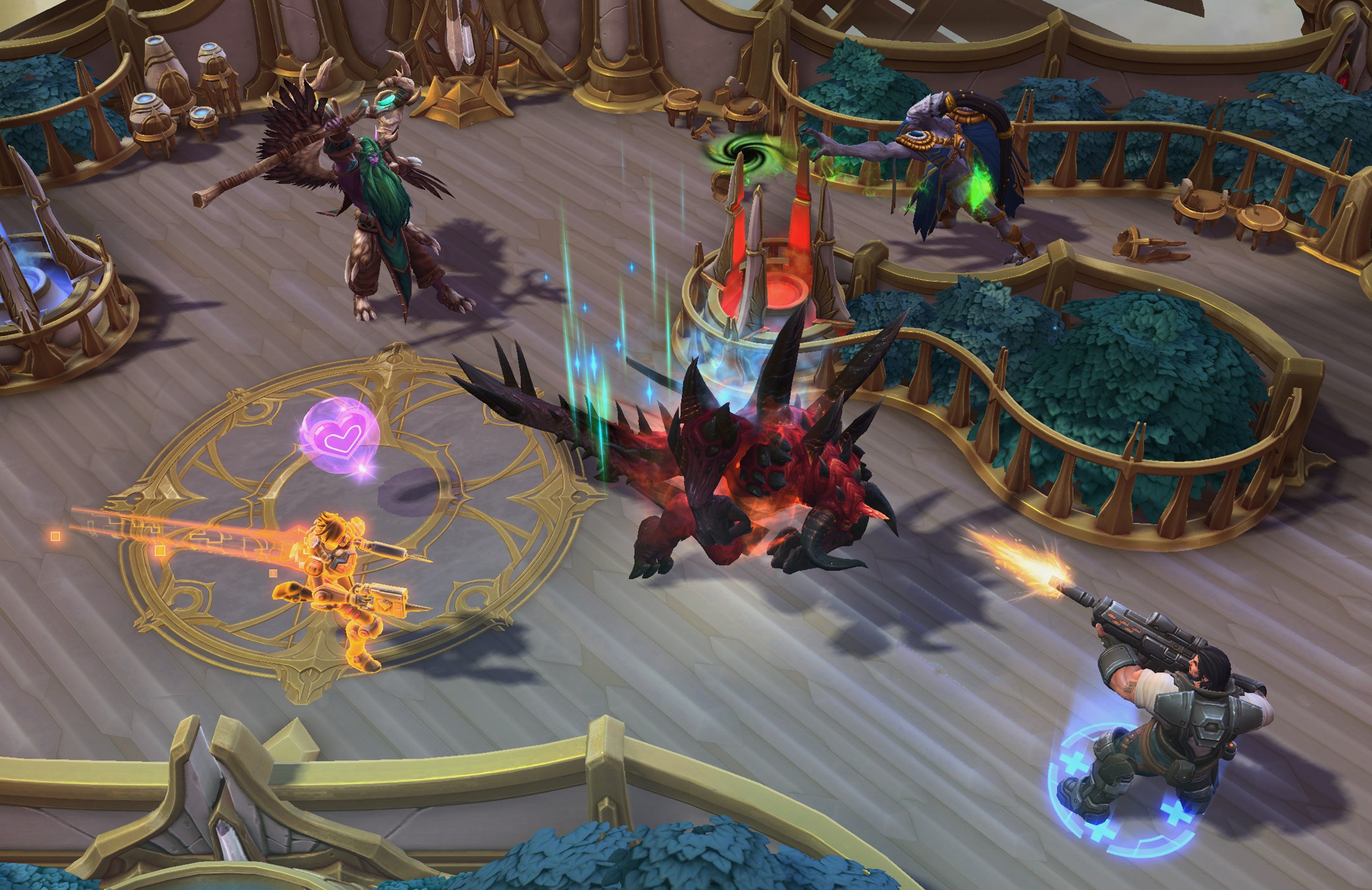 I also specifically asked about characters like Samuro, who might dominate quick play games, but doesn’t wreck nearly as hard in higher level matches, like Diamond or Grand Master matches. For McGeathy, the answer is simple: “it’s a matter of player experience and skill. Samuro can be disorienting for a newer or less skilled player. A more skilled player is more likely to be able to see through Samuro’s tricks and counter him. This does translate back into the game modes to some degree, since more highly skilled players also tend to be more competitive and are more likely to be playing in ranked modes.”

Another hot topic is the armor system, which just entered the game in an attempt to shake up the meta. Having played DOTAand League of Legendssince the start I understood the armor system right away, but this might be a fairly foreign concept to folks who started MOBA-ing with Heroes. After several days of confusion the developers actually broke it down here in this blog post, which explains that it’s basically yet another thing to keep into account that synergizes with any number of abilities you’re already used to. The timing is rather hilarious, as DOTA 2just added a modified version of Heroes‘ talent system in with their 7.0 patch. It remains to be seen how the community will react going forward, but for players that use several characters that do have armor now (Arthas, Greymane, Anub’arak), that new concept is the least of their worries given their undertuned kits.

I’m thrilled with the solo queue so far, having risen to a Platinum rank during my sorting games — I love the idea that everyone is on equal footing. For those of you who are wondering, Blizzard still has no plans to do a full MMR (skill rankings) reset, because “it would result in extremely bad matchmaking when it first happens.” Blizzard is also looking at making ranked rewards better in the future, and are still in the process of updating the entire player progression system as a whole that will “cascade into the ranked season rewards.”

Up next for Heroesis the highly anticipated Tasadaar rework (which has already been datamined), a possible Murky overhaul, more Brawls, and, according to a new leak,Valeera Sanguinar, the Warcraftrogue. Blizzard has re-confirmed that they intend to keep their three to four week cadence for adding new heroes throughout 2017.