Recently, speculation about a new entry in the Mortal Kombat series ramped up when gaming news outlets ran with the fact that Ed Boon had started using K’s in place of C’s on Twitter — a rumor to which Ed Boon summarily responded…using K’s instead of C’s on Twitter.

Circle of life and all that.

But the reasoning is sound; production onInjustice 2seems to be winding down, and the every-other-year method employed by NetherRealm for its flagship fighting series thus far this generation dictates that a new entry in the gory franchise would make its appearance in 2019. And with E3 right around the corner, the atmosphere is ripe for a big announcement from Noob-spelled-backwards, himself.

If so, it’d be the only game not to have been leaked ahead of E3, which would be a bigger feat than actually winning the Mortal Kombat tournament.

But I digress. I’m not here to speculate about a new Mortal Kombat game (which is more a matter of when than if) — I’m here instead to take ideas for a kickass new spin-off title in the series.

For those who aren’t caught up, we’ve really only seen three proper spin-off titles in the franchise through its 25 years of excessive gore. The first game, MK Mythologies: Sub-Zero, saw players control the chilly avenger in his beef against the Elder Gods. There were more death traps than enemies in that game. It was weird.

The second title, MK Special Forces, carried us through Jackson Briggs’ never-ending quest to eliminate Kano and the Black Dragon Clan in an isometric/third person shooter/brawler. I actually don’t remember anything from this game, other than this fucking aces PSM cover. 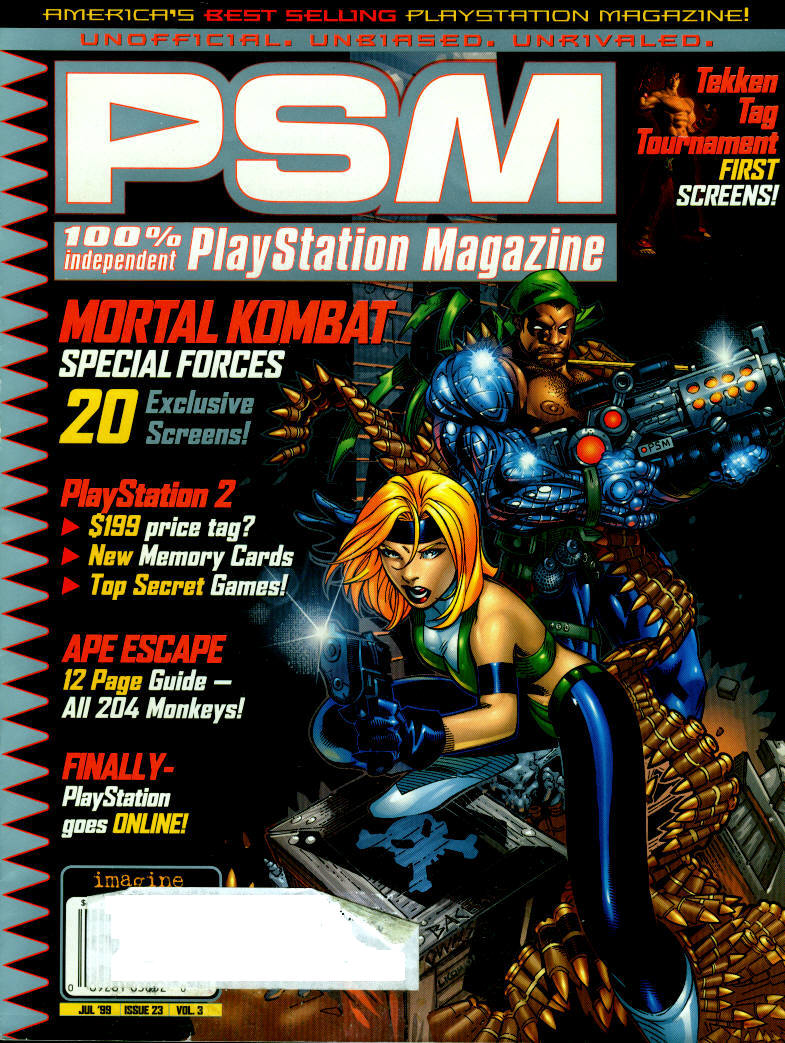 The side game most remembered and beloved by fans was hands-down Shaolin Monks, a neat little co-op game featuring Liu Kang and Kung Lao doing their typical Liu Kang and Kung Lao routine. I started the game, but realized early on that a lot of the game was inaccessible unless you had a co-op partner. I did not have a co-op partner. I cried myself to sleep that night. Thanks, Ed Boon.

Since we know a new numbered game is coming sooner or later, it’s time to get creative: Let’s give Mr. Boon some ideas for a new spin-off title! After 25 years of existence, the series has plenty of lore and characters to draw from, so let’s come up with a new side story to break apart the constant struggle for EarthRealm.

I posed this topic in the Dtoid C-Blogs. Here’s what the Dtoid Community said. 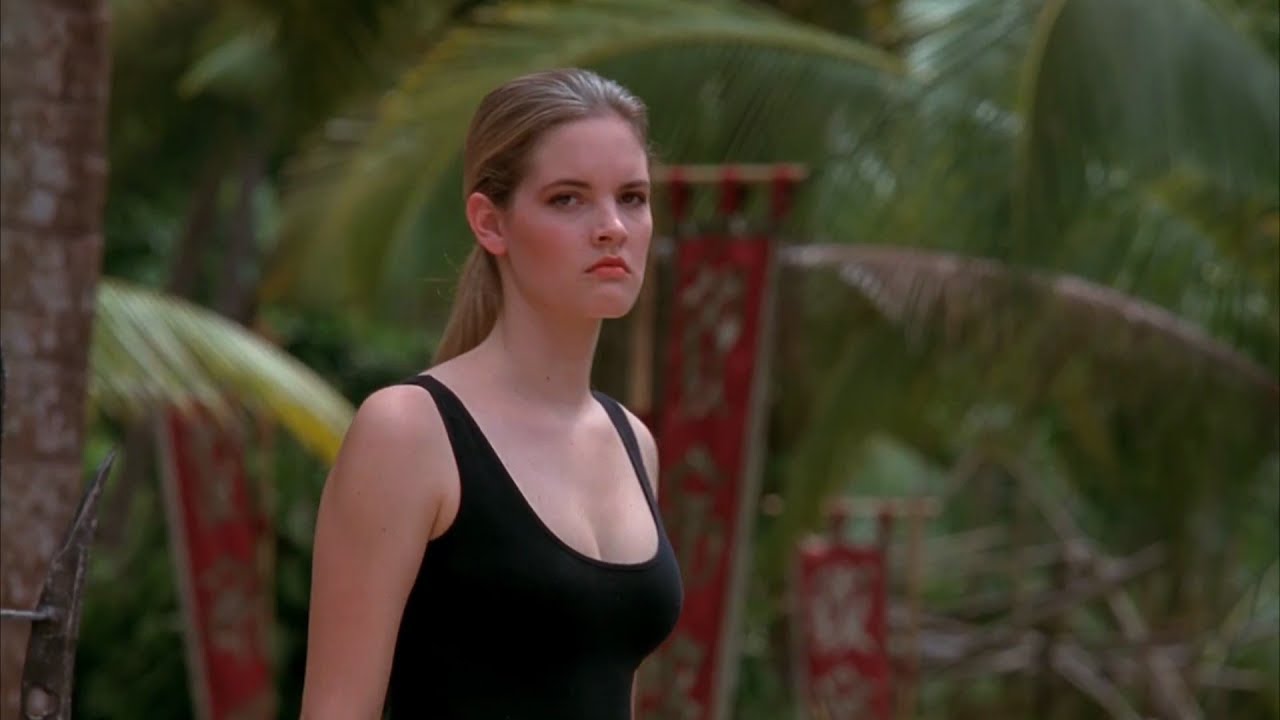 I thought Kevin Mersereau‘s idea was dumb, but then I realized that it I was who was the dumb one:

I want a Richard Simmons-like exercise themed rhythm game in the Mortal Kombat universe where everyone is older and fatter, so they have to get in shape to be prepared for the next mainline entry of the series. All of the characters will be wearing short shorts and sweatbands.

Adzuken goes for quantity, but also manages to nail them all (especially the last one):

A stealth game where you play as Reptile and try to stay out of sight while everyone else has a fighting tournament.

A Mario Party style game where all the mini-games are replaced by those stupid test-your-might diversions.

A point-and-click adventure, where you play as rookie cop Stryker and attempt to figure out what the hell is going on with the series’ plot.

Greenhornet214 and Roager tag-teamed this one, Shaolin Monks style:

R:Prequel to MK9, partially based on MK Mythologies. Expand on the Lin Kuei/Shirai Ryu rivalry and history, let Quan Chi be the main villain, show us more of human Cyrax and Sektor, add a b-plot that integrates some of the other characters (Raiden and/or the Shaolin, maybe?) and always remember to get theatrically splatty. Recipe for success.

If you see Kyle Yadloskywalking toward you on the street, turn and run the other way:

I’d like a two-story game where on one end you’re Stryker on the mean streets of New York, struggling with violence and corruption as well as his own inbred racism. It’ll be like LA Noire, where you’ll be checking clues, interrogating, and beating up thugs. But you’ll also be racial profiling, and the lines between right and wrong quickly become blurred, until you’re embroiled in a situation where you use what some would deem unnecessary force by ripping off a young black man’s arms, making him literally unarmed.

Flip the disc to side B, and you have Jax returning to the streets with a new set of metal arms he has no idea how he’ll be able to afford. He’s having trouble finding work, because of a pot conviction a few years back, and a lot of the game will be spent in the library’s computer lab filling out job applications with futile hope. The new strength of his arms does give him extra ability to commit petty crimes, which he can’t avoid, since that money is what keeps a roof over his and his grandma’s heads. He brawls with other criminals during the night and works with community leaders trying to use him as a symbol of racial injustice during the day. These parts will play like a Telltale game where he can either embrace optimism or skepticism. He’s also trying to keep his head down from the police who are only more aggressive toward him, since his attack made national news. But he also wants his revenge against Stryker and the police in general.

That’s why, when Jax learns about the upcoming Mortal Kombat tournament and Stryker’s involvement in it, he faces a moral dilemma that could tear his community, and himself, apart.

CelicaCrazed never disappoints, either on Destructoid or in the bedroom:

My idea is Mortal Kombatgotchi. It’s a free-to-play mobile game where you hatch your prized fighter from eggs and raise them, taking care of their needs like feeding them and cleaning up their poop. You can also make your fighter compete against your friends’ fighters in fully-sanctioned MMA. 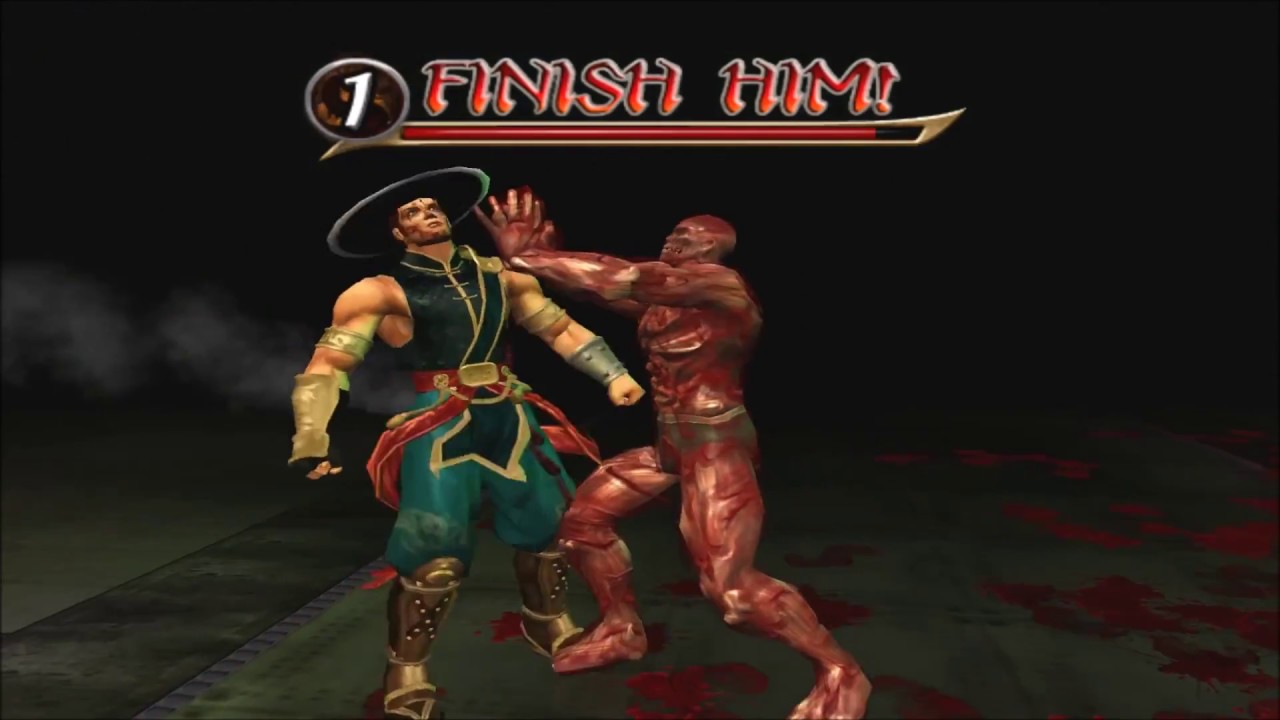 I want a story-driven game about Meat’s origin. Could be a telltale series as Greenhornet214 suggested, or a third person adventure. A story, perhaps, of how he came to be so… Meat-y. Basically, as an unfinished experiment by Shang Tsung as described in MK Armageddon, it’s the scenario of C-3PO being left unfinished by that whiny douche Vader. Except, in this game Meat is pissed Shang Tsung forgot to finish his skin in the experiment and Meat goes all rage-ball Wolverine using his meaty power to hunt down his creator.(That sounded dirtier than I intended)

I think Fuzunga is onto something, here:

This is one hell of a bait and switch, Goemar, but I kind of adore it:

A Wario-Ware style game where everyone has settled there differences and you go around and beat each character’s mini games.

The box, title or opening cinematic should not allude to this change at all.

The thinner, more Nordic version of me, Dango, is wise beyond his years:

Damn it, CelicaCrazed, quit coming up with good ideas!

Fighters from different dimensions are ending up in your world. Possessing the powers of Shang Tsung, it is your job to capture the souls of these warriors and have them battle on your behalf. You’re able to team up with other Shang Tsungs to take on the most powerful of fighters. Find KombatStops to recharge your soul-sucking powers. Also you can trade your fighters with friends, link the app to most 3rd party step counters to train your warriors while the app is closed, and you can also hatch new fighters from eggs like in Mortal Kombatgotchi.

You have to do this in public to actually capture them.

Perro is thinking outside the [penalty] box:

I think a football game starring the characters of Mortal Kombat would be fun. On field fatalities, a team of ninjas and monks with a few mainstays sprinkled in. I’m not into sports but I’d play it

Greenhornet214 chimes in again — but the second one has already been done, pal:

Damn it, Luckrequired, you stole my extremely obscure idea!

They’re not just any old balls, they are souls. Whoever has eaten the least souls by the end is murdered by the other three players. This continues until there is one winner – who then has to finds new friends to play again.

I think this is a good way to help cut down on some of those Facebook friends.

Steel Squirrel brings in another that was a mini-game in a previous title, but with a much better catchphrase:

Wow, you guys are weird. 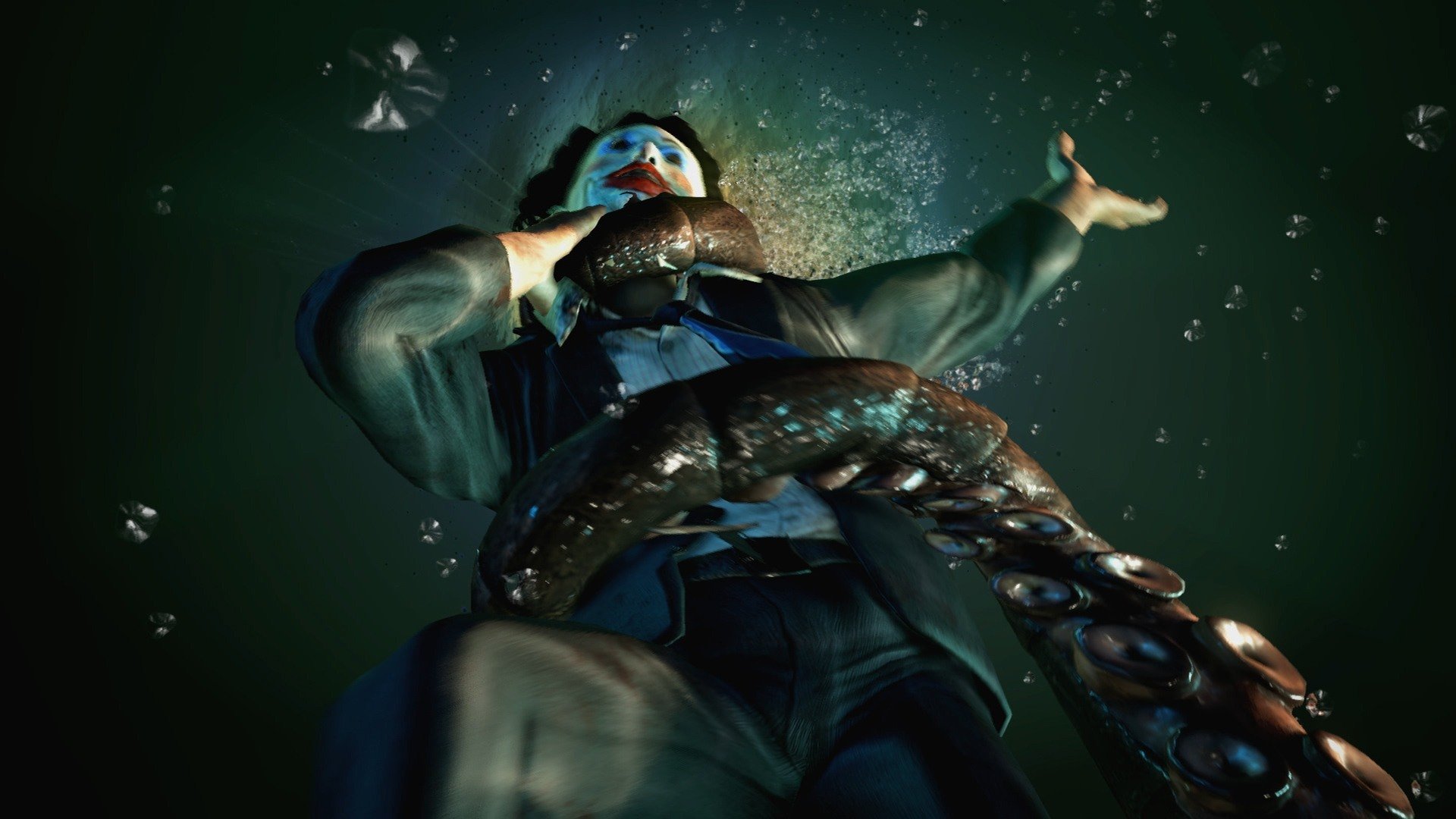 Now it’s your turn, gang — chime in below with what you think the series can do with some proper spin-offs!