Hey, for the love of Nayru, listen!

The Legend of Zelda would not be what it is without its music. In 1986, composer Koji Kondo struck gold when The Legend of Zelda released in Japan on the Famicom. As players loaded up the game, the unforgettable melody from the “Overworld Theme” began to play over the main menu screen, and it never really stopped.

The success of the series would go on to snowball into its first 3D release on the Nintendo 64, Ocarina of Time, but just as the visuals gained an extra dimension, so too did the game’s music. It became interactive. 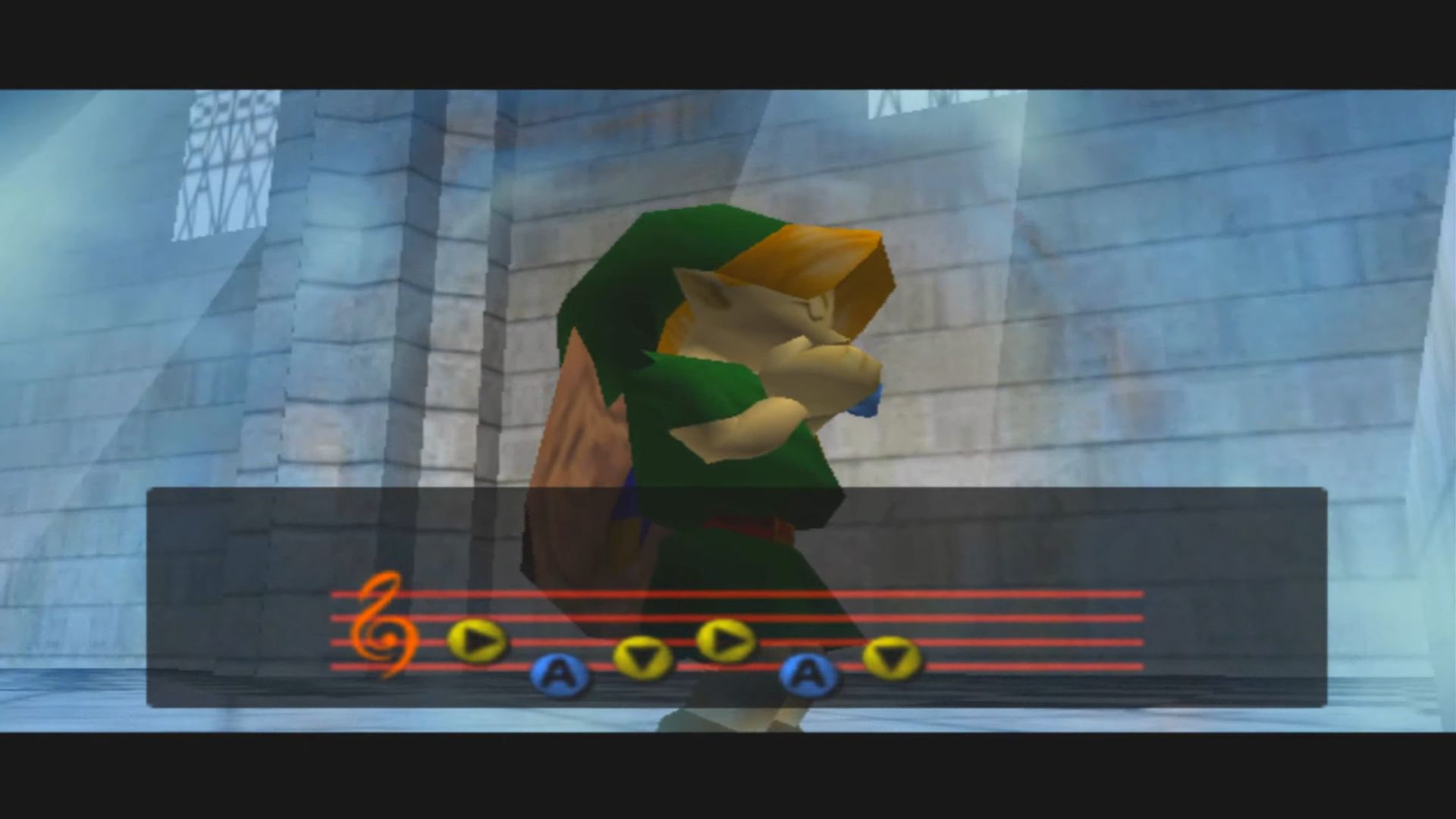 Ocarina of Time’s soundtrack helped establish how it feels to exist in the world of Hyrule. Dark, airy tones playing over top OoT’s main menu elicited a more mature spectrum of moods than its predecessors. Heroic, triumphant 8-bit horns are nowhere to be found here. The series’s dive into 3D painted the world with character by pairing colorful melodies to memorable moments, merging the music into the gameplay itself.

By giving players an in-game ocarina to perform songs from the OST, players were effectively given The Great Hyrulian Songbook, complete with songs that let Link summon steeds, move boulders, alter water levels—even teleport from place to place. Link’s new three-dimensional excursion across Hyrule introduced a mechanic intertwined with such well-composed music that it not only paid respects to the games that came before but also laid a foundation for what was coming after.

I was nine years old when I played OoT in 1998, and I was an idiot child back then. I convinced my mom to rent it for me from the local off-brand Blockbuster, giving me three days to play it before it needed to be returned. For those three days, I did not leave Kokiri Forest because I couldn’t find the hole in the wall that leads to a chest containing the Kokiri Sword (essential for progress). I didn’t even know there was a hole to find.

For three days, I had the Kokiri Forest theme playing in the background as I aimlessly wandered the village, accompanied by nothing but the sound of a nearby rushing river. While I got tired of feeling lost and confused, I never got tired of the song. In fact, spending three days with that theme on loop attuned my mind to be actively aware of the rest of the game’s music.

Tom Waits said it best when he told NPR in 2011, “I guess, for a songwriter, you don’t really go to songwriting school. You learn by listening to tunes, and you try to understand them and take them apart and see what they’re made of, and you wonder if you can make one, too.You know, and you just do it by picking up the needle and putting it back down, and figuring out how these people did this magical thing.”

Inadvertently, this is exactly what my dumb kid brain did with OoT’s Kokiri Forest theme, and subsequently, the rest of the game. With my attention on the music more than usual at that age, combined with its own predilection for melody reinforced by the ocarina’s mechanic, it was the game’ssoundtrack that helped me realize the nature of Hyrule more than anything on the screen. 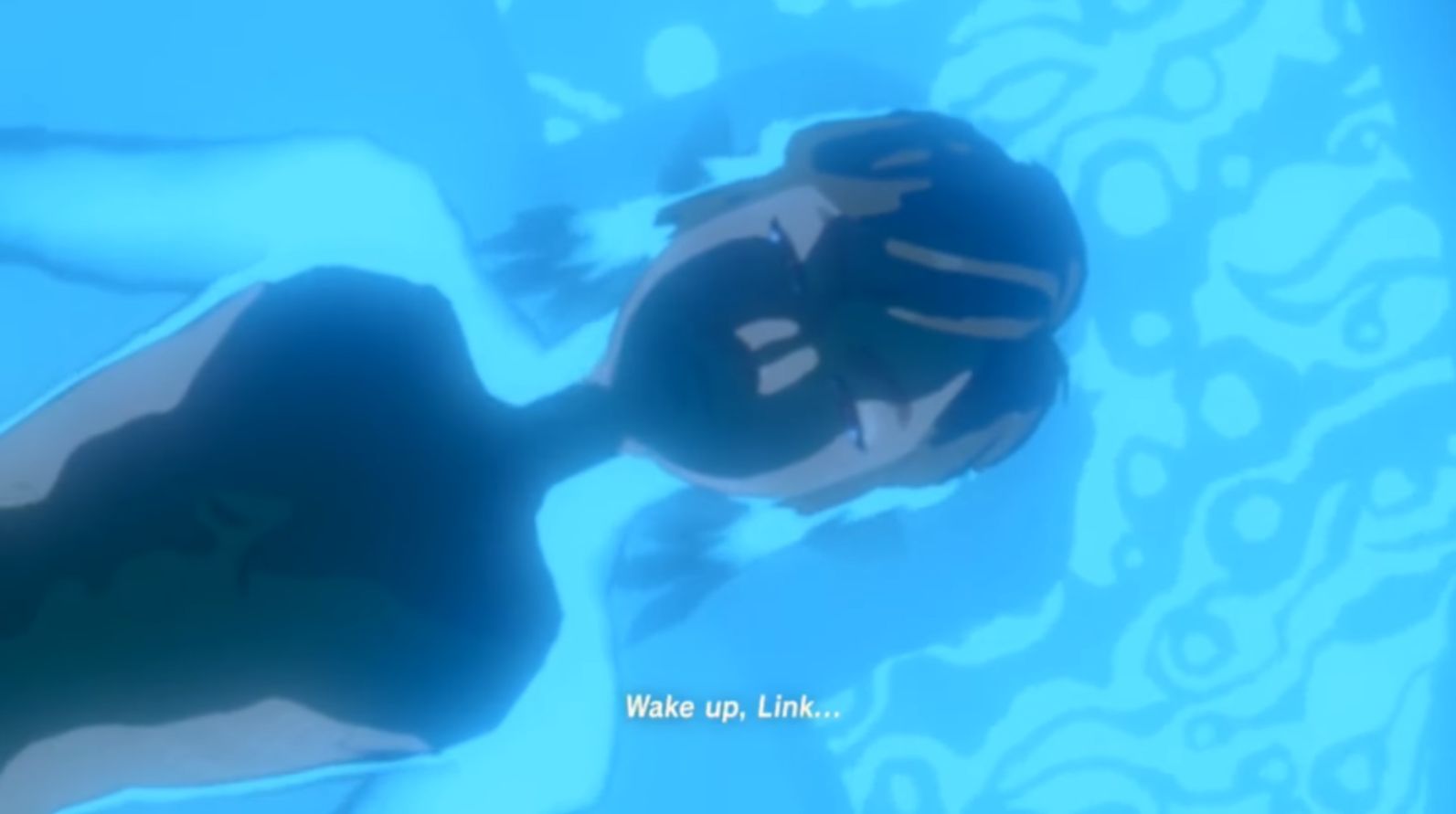 Listening to those old tunes now makes me feel like Adult Link turning back into Young Link. The series’s most recent entry, Breath of the Wild, could have easily pandered to fan service from over three decades of history, but its composers chose another, much more interesting direction. Hajime Wakai, Yasuaki Iwata, and Manaka Kataoka combined their creativity to provide an esoteric experience instead of tugging on a player’s nostalgic heartstrings. Rather than capturing the weight of the world in a song, they hollowed out their compositions to give the gameplay enough space to breathe. In a 2019 interview withNintendo Everything, their intentions behind composing BotW’s soundtrack were illuminated:

“There was a logic behind having no music in the open world,” said Wakai. “But because this game is open on a much grander scale than previous games, I thought that even if we had a piece of music in there, it wouldn’t be able to match that sense of inspiration the player already finds in that world.”

Kataoka agreed with Wakai, adding, “The music could have pushed a certain way of feeling onto the players, and I think that sticking with a BGM [background music] that allows them to hear the environmental noise and footsteps can really have a beneficial influence on their awareness of the world around them.”

It’s these three who are responsible for the “Breath” in Breath of the Wild. In that same interview, Iwata said, “Exactly how much BGM we really wanted to use was a major theme for us right from the start of development,” and it could not be more evident. BotW houses a spacious and exclusive storytelling experience that grants each player a sense that their playthrough is theirs and theirs alone. Everything from the game’s physics and mechanics to Link’s new abilities via Sheikah Slate—it all focuses not on Hyrule itself but on the player’s individual experience in Hyrule. 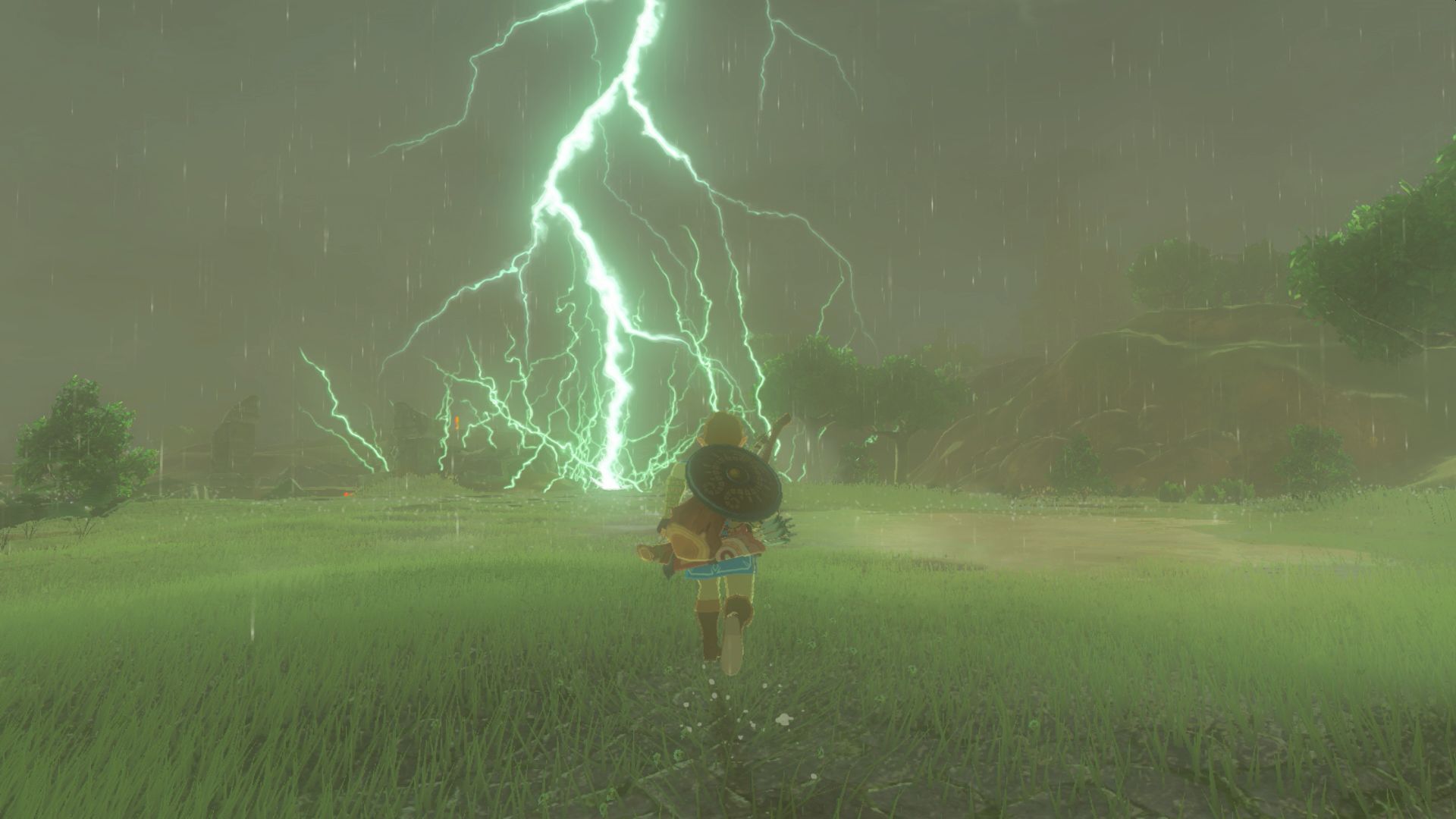 The whole game is painted with buttery licks of melodies and chord progressions lasting a few seconds before vanishing back into the airy nothingness of Link’s footsteps. So much of BotW’s structure affords players the freedom to do whatever they wish in whatever order they choose. By doing so, players form a personalized arrangement of BotW’s soundtrack paired with each and every in-game action. Every input becomes part of the OST, and the way the music is written adds a unique, emotional nuance to a player’s time spent in Hyrule.

Sparse piano notes give just enough form to establish character and mood while letting the player fill the space with sounds of breaking weapons flourished with staccato, roaring fields of flame, getting struck by lightning—whatever happens in-game, it becomes part of the concert.

Where OoT established a fascinating world with its soundtrack, BotW’s music paints a player’s story going through said world. OoT may be a shared love among millions of folk around the globe, but there comes a point where the music stops, the story’s told, and the game is over. That’s never quite the case with BotW. The music will never stop so long as people continue to play it, and there will always be something to talk about.