They successfully transformed my opinion of the game

I never thought I would actually say this, but I am enjoying myself while playing Diablo III. Keep in mind this is without Reaper of Souls, and is entirely about the newest patch — Loot 2.0. After spending countless hours playing Diablo II and its expansion, my friends and I were incredibly excited for the next installment in the series.

And then I played it.

I could not have been more disappointed. I felt that the inclusion of the Auction Houses fueled many of the other game design decisions (drop rate, loot rarity) and made the game incredibly frustrating. I spent a healthy chunk of time going through the game’s campaign and leveling up my Witch Doctor, but eventually uninstalled the game with no intention to return.

And yet here I am, actually looking forward to playing more Diablo III.

I’m of the belief that you can’t truly write a game off without actually playing it. Originally, I had zero plans to revisit Diablo III, even after reading about the proposed changes. Hell, I even went on record saying this: 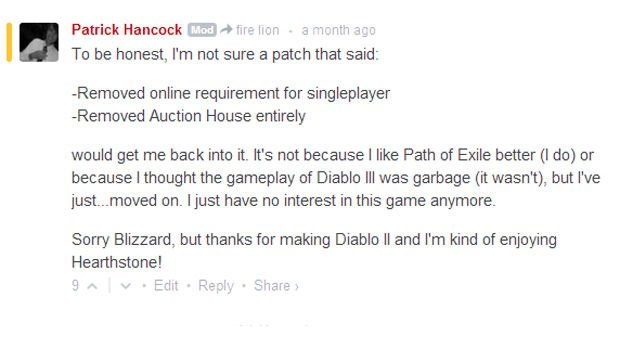 And nine people seemingly agreed with me! But I began reading a lot of good words from good people all around the Internet. Saying things like “if you quit for the same reasons as I did, you should give this new patch a chance!” As this became more and more common, I decided to re-install Diablo III. If the auction house was gone, and the loot and difficulty systems were changed, maybe I can learn to love again?

Changing how difficulty works was one change which was absolutely required to get me back into Diablo III. While playing through the original version, Normal difficulty was an absolute snoozefest. Yet, I had to go through it because they decided to apply the old, archaic difficulty system. I rarely, if ever, felt challenged throughout all acts on Normal. Nightmare difficulty felt a little better, but by that time I was plenty frustrated at a cornucopia of other things. The ability to change difficulty whenever I want, and get plainly stated rewards for higher difficulties, is still my favorite change with the newest patch. 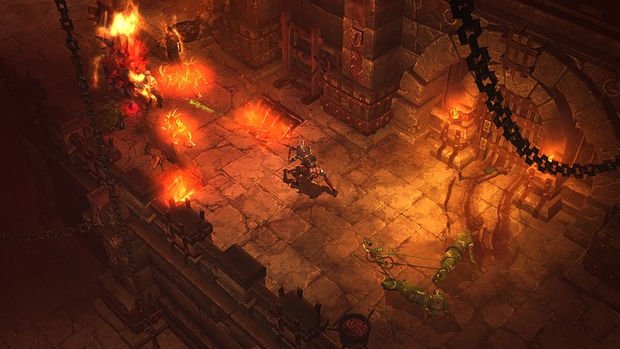 With Loot 2.0, I’ve already found four Legendary pieces of armor. Prior to this patch, I had found zero. I also had very little interest in Legendaries, since what I saw online from other players wasn’t very impressive or enticing compared to what I could just buy on the Auction House. Some of these new Legendaries can completely change the way a character plays, which has perfect synergy with the mix-and-match, no-repercussions skill system. Find a Legendary piece of armor that allows you to always perform a critical hit when below 25% health? Take some time and design a brand new skillset around that idea and try it out! If it doesn’t work, no harm done (except maybe some durability loss).

Don’t get me wrong, the game isn’t perfect. The complete lack of trading is something that kills a lot of what I loved about Diablo II. Measuring things in terms of SoJs or “pskulls” was an aspect of the game I always loved to take part in. Trading was the lifeblood of the chat channels for me, and I am incredibly sad to see it removed. 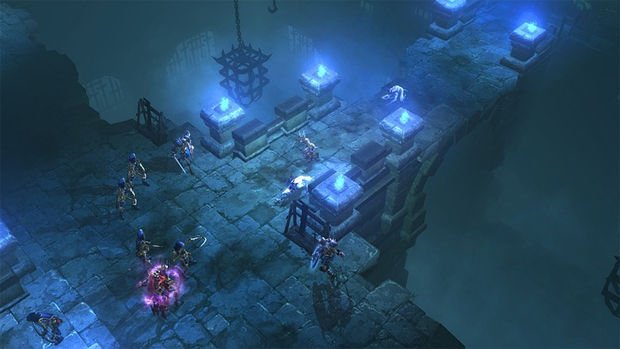 Yes, the game still requires an Internet connection, which is terrible, but the bigger picture here is that Blizzard made the changes that the consumers want to see. Now, I’m no idiot. I know it’s no coincidence that Blizzard made the game the way it should have been only slightly before their new expansion came out. As a consumer though, I’m enjoying Diablo III more than I ever thought I would, and if I decide to buy Reaper of Souls, it would be to show my support for a game that I’d like to see more of.

Basically what I’m saying is: if you quit for the same reasons as I did, put away your pride and try out the new version.