A common sense guide to being a happy backer

Kickstarter has proven itself to be a controversial method of funding your game. At once a promising liberator from corporate thralldom and a minefield of shattered expectations, the idea of crowdfunding is sound, but the realities are bitter pills.

Once the darling of the crowdfunding boom, Double Fine ran into trouble when it made more money than it expected, and subsequently forged bigger plans than its newfound wealth could stretch to. The studio is now trying to find ways to release its ambitious game, and make more money, while many who backed the original project are now angry at not getting what they expected when they plonked down the cash.

As a backer of Double Fine’s, I’ve found it a fascinating thing to watch unfold, and, taking into account all the other Kickstarter controversies that have happened, I feel we could all learn a thing or two. There’s nothing inherently wrong with crowdfunding, I don’t think. However, we’re all starting to learn that we need to go in with the right attitude.

To avoid disappointment in future, take on board these handy rules for dealing with crowdfunded projects. Follow them, and you’ll be a happy little backer in no time! 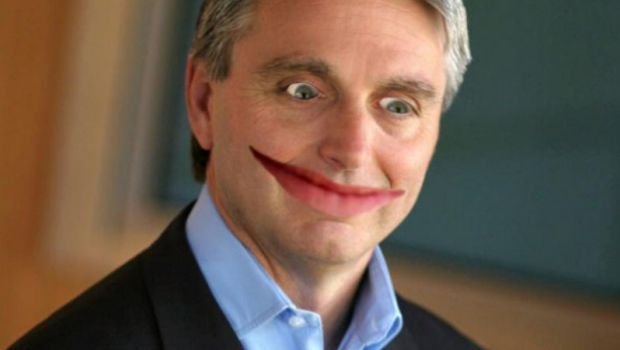 You are making a ‘donation’, not a pre-order

Perhaps the most important thing to remember is that, when you back a project on Kickstarter, you’re not preordering a game as you would at GameStop. You’re making an investment of ideas, and as such, you take everything that comes with it. Investments are a gamble, ostensibly. You put money into something, you hope it pays off, but you have to be prepared for the possibility of it failing completely. It’s absolutely crucial to understand that, whether you forked over $10 or $10,000, you are not guaranteed a product at the end of it. You are certainly not assured of getting the exact thing you expected.

That in mind, you also have to be prepared to accept that you’re not even making a realinvestment. You’re not due a monetary return on your funds, instead claiming whatever rewards were offered and, most likely, the product upon completion. Nothing wrong with that, but you need to know what you’ve agreed to — you put down money for the trinkets you selected, and the possibility of helping a thing get made.

Welcome to the wacky world of not-quite-investing! 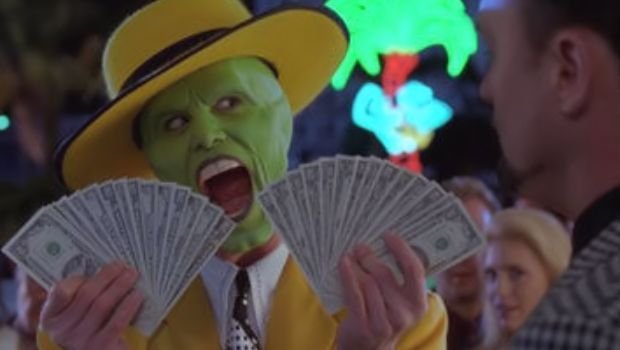 If a game developer isn’t asking for a million dollars, they might be asking too little

Game developers are, for the most part, artists. Artists are not, for the most part, businesspeople. As such, they tend to underestimate exactly what they need in order to realize their visions. We’ve seen this enough times in the world of mainstream videogame development — budgets skyrockets as ambitions get ahead of reality, and developers sink tons of money into making the prettiest, most explosive games they can. Just because a studio’s going the indie Trent Reznor route, doesn’t mean they’ve scaled back what they want to do.

We saw this exemplified with Double Fine. It made more money than it could have dreamed of, millions of bucks compared to the original $400,000 projection, and still it’s over budget. You give an artist more money, and all they’ll do is scale up their idea, like that guy in the live-action PopEye movie who kept kicking his hat when he tried to pick it up — constantly pushing the goal forward so it remains just out of reach.

Not to mention, it’s tempting for a studio to deliberately lower the bar in order to make it more appealing to potential backers. Telling gamers outright that you need $300,000,000 is a lot less encouraging than saying you only need $30,000. You lower the goal, you make it appear more attainable, and everybody wants to back a winner!

What this all means is that, just because you’ve hit a Kickstarter goal, or even well exceeded it, there’s going to be a damn good chance that it’s not enough cash. Do not be surprised in the least if you see a company you backed going cap-in-hand to other investors, or doing what Double Fine did and selling an “early access” version to make more money. In fact, be surprised if you don’t see that. 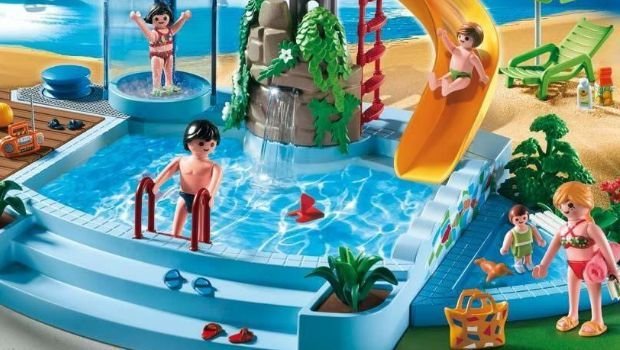 If a project has amazing backer rewards, it’s killing its own budget

Backer rewards are ways of offering extra goodies to people, in order to encourage them to sink more cash into a project. You donate $15, you may get a digital version of a game. You donate $50, you may get a boxed version. You donate $250, you may get a statue or a vinyl record or whatever other dazzling artifact the developer’s dreamed up. While it’s a great idea on paper, many studios still don’t consider exactly how much it’s going to cost to produce and ship those rewards.

If a project you’re backing has a lot of lavish physical rewards on offer, the money it’s earned thus far is going to be significantly unrepresentative of the money going directly to game development. A lot of that cash is now going to be tied up in shipping costs, and since these rewards were specifically promised, a developer has more obligation to deliver them than even the project being backed.

To be more confident that you’re money is going to the game you want, peruse the backer rewards to see if they’re predominantly digitally distributed content. It’s a good sign that a developer isn’t going to get bitten hard in the ass by exterior costs. 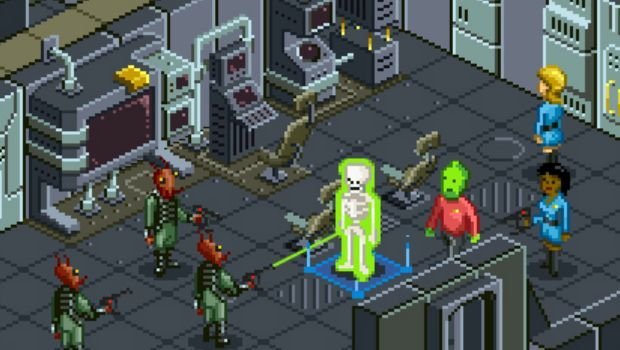 What you see is not what they got

Even if the developer is reigning in its ambition, and even if the rewards are sensibly distributed, one must also remember that, no matter what happens, part of what a project’s made is already accounted for, and it can be huge.

Take, for example, Star Command. These guys ended their funding drive with $36,967. Awesome! Except for the $2,000 lost due to “no show” backers, and the slice that Kickstarter itself took, not to mention the taxes that had to be paid for making such a princely sum. Then the rewards had to be paid for — another $10,000 lost — and a PAX appearance, alongside the iPads needed to showcase the game, setting the studio back another $4,000.

They still forged ahead on the game, but backers were angry at the “misappropriation” of funds, which brings us to … 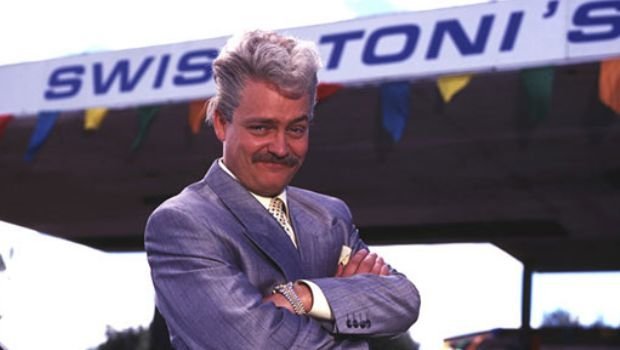 The online gamer community thrives on outrage and hyperbole. I’m as guilty of that as anybody else, and can happily cop to it. Kickstarter is no exception, with backers and (more likely) non-backers crying “scam” at any project that doesn’t exactly conform to their expectations. A project is late? SCAM! A project needs more money? SCAM! A project has a rich person involved with it? SCAM!

As satisfying as it always is to level accusations at somebody, and as enjoyable as it is to feel like you’ve stopped the world getting one over on you, screaming “scam” at everything just cheapens the word. Fact is, most Kickstarters earn nowhere nearenough to be worth destroying a reputation and development career over. This is especially true if the studio in question is still maintaining a public face, still talking about its project, and still has a very worthwhile future. Here’s what would happen if a developer was scamming you — it would pocket the money, and you would never see that developer again.

This is not to say scams have not been attempted, but they’ve more or less all been caught out before they reach the finish line (most likely because people trying to use Kickstarter to steal money are idiots). Basically, until Tim Schafer buys himself a private plane and disappears off the face of the Earth with your money, he’s not conning you.

A project may not be what you expected. It may change for creative or financial reasons. It may need more money from elsewhere. That does not make it a scam. 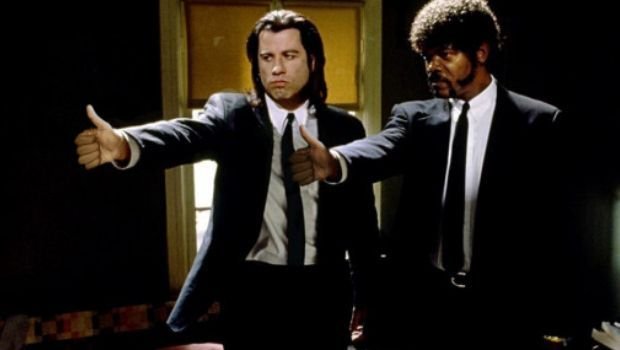 If you’re unhappy about any of these rules, DO NOT FUND ANYTHING ON KICKSTARTER!

These little rules are not here to exonerate projects. It’s not a good thing that Double Fine got carried away with its plans and spent itself into a corner. It’s not awesome when a studio stupidly offers hundreds of special alarm clocks and wastes half the budget paying off FEDEX. It’s sad that games can become financial black holes, and it’s dishonest to say you need $50,000 when you need a million.

It is, however, what happens in reality, and if that makes you uncomfortable, your best bet is simply to ignore Kickstarter entirely. Crowdfunding requires a level of trust that, even for the most scrupulous of developers, can be broken for any number of unfortunate reasons. There’s a good chance they’re not deliberately trying to screw you, but through either their own silliness or simple bad luck, there’s so much that can go wrong. You having made a lot of money is absolutely no guarantee of smooth sailing, and you paying into some of that money is no guarantee you’ll get everything you wanted.

If that’s not cool with you — and nobody should blame you if it isn’t — don’t back anything.

Then you will not be sad about Kickstarter.