Monster Hunter: World is one of the biggest games this year, attracting more new players to its ranks than ever before on two consoles and PC. It’s easy to say that a large number of these hunters have never playedMonster Hunterbefore. As such, it’ll be interesting to see the people who got their start on the new, quality-of-life adjustedWorldtake an interest in the previous generation ofMonster Hunter.

The demo for Generations Ultimate just dropped and confirmed for me that if you’ve played anyMonster Huntergame aside fromWorld, you’ll know how to handle it. But for those of you trying to move backwards in time, going fromWorldtoGenerations Ultimate, what should you expect?

You might be wondering whatGenerations Ultimate has to offer if you want something new. First would be the much-touted G rank, every hunter’s favorite tier. G rank goes beyondWorld‘s Arch Tempered elder dragons by piling on damage and altered behaviors. One of my favorites, Nerscylla, grows enormous fangs and attempts to bite you in G rank, a move it otherwise never uses. Entering G rank means crafting a new level of equipment suited to fighting tougher and more dangerous monsters.

Most people can recognize G rank at a glance with weapons reaching purple sharpness, the sharpest a weapon can get inMonster Hunter with an even higher damage modifier than white sharpness. While I’ve discovered the damage modifier for purple has been nerfed somewhat, it’s still more damage and less bouncing on even the fiercest monsters. But maybe higher difficulties and even a wider array of monsters and weapons are just surface-level details for people who got their start as Fifth Fleet, A-list hunters. What are the more obscure, mechanical differences that will concern you?

The recent demo has cemented what should have been obvious:Generations Ultimate is still a fourth-generationMonster Hunter game, so if you’ve playedMonster Hunter 4, 4 Ultimate, orGenerations, you should know what you’re in for later this month. For the uninitiated, here’s a recap:

Animations are deliberate and timing is important

Old hunters who got ontoMonster Hunter: World will be quick to say, “Back in my day, we had to swallow our potions whole then flex our biceps to assert confidence before we could do anything. You whippersnappers have it easy nowadays by being able to walk and chug your potions.”

Still, I think the systems at work balance each game out to their strengths. InWorld, monsters are beautifully animated to turn and bend in more believable ways. That’s not to say there aren’t canned animations you won’t recognized after 200 hours, but their seamlessness is staggering compared toGenerations Ultimate.

The difference in animations and the general speed of combat lead to different approaches to balance. InGenerations Ultimate, item usage is done at a standstill, which teaches hunters to be more deliberate about sheathing their weapon or doing things like swallowing a potion or throwing a flash bomb.

World lets me get up after being knocked down and immediately jog away while chugging a potion as Rathalos turns its head to slowly hone in on me. InGenerations Ultimate, you’ll need to run half a basketball court away while sheathing your weapon, then pray to some kind of god that the monster won’t pivot its whole body toward you as you shove a whole mega potion down your throat and reflexively flex your biceps as the healing energy courses through your body at once.

Think about all the times you knocked a flying wyvern down inWorld by sheathing your weapon and shooting a flash pod out of your slinger. Doing the same thing inGenerations Ultimate will be less of a smooth motion and more of a detailed flowchart that you hope nothing will interrupt.

Preparation is important and frankly exhausting

Last week, I took a lance build to Arch Tempered Teostra and carted during its supernova. Oops! I mistook the Ironwall charm for the Bulwark charm! It was fine because as soon as I carted back to camp, I just ducked into the tent and swapped charms and I was back in the hunt, better than before.

The normal course of action for this kind of mistake in older games likeGenerations Ultimate is just to quit, start over back at headquarters, and hope no one saw your embarrassing mistake. Several times inWorld, I’d forget to bring cool drinks for the Elder’s Recess but lucky me, there are chillshrooms that instantly turn into cool drinks thanks to auto-crafting when I pick them up.

If I make the same mistake inGenerations Ultimate, I either hope the delivery box has a couple of pity drinks (which it won’t in G rank), or I quit. Hell, why are chillshrooms growing in a volcanic area? Maybe it doesn’t make sense but the fact they’re there makes crafting emergency drinks convenient. In older games, a cool drink is a bitterbug and ice cystals, and not only are you not finding ice crystals in a desert or a volcano, there’s a chance of failure which leaves you with literal garbage.

You absolutely have to double-check your items and equipment because forgetting something means you’re either going to be on a hunt unoptimized and crippled, or you’ll waste five minutes of your time realizing your mistake before quitting, restarting the quest, eating food, and loading back into the quest. And of course you have to eat because you sure as hell aren’t eating at base camp.

Also, there are no SOS flares or mid-quest joining. SOS flares nowadays mean I can get started on a quest immediately and worry about bringing in help later. InMHGU, you’re going to find a lobby with three other people who all agree on a quest, and you’re going to like it or so help me god I’m turning this online lobby right around.

Maps are going to be a whole lot flatter and simpler

The maps fromMonster Hunter 4 Ultimate are actually quite varied and scenic. Sudden ledges, vine-covered walls, and sheer drops dot the landscape of theMH4U landscape. ButGenerations Ultimate is a sort of all-stars, greatest-hits compilation for all ofMonster Hunter‘s most beloved maps.

Remakes like Arctic Ridge, Marshlands, and Verdant Hills will have a few new ledges to jump from but for the most part, these maps are just big arenas where a person will spot you a mile away because nothing blocks any sightlines for huge stretches of land.

And speaking of huge stretches, if you don’t see something, it’s because it’s in an entirely different zone thanks to the loading zones. Some people will say these are a godsend to be able to transition to a different area in order to heal safely, but loading zones are something I’m glad we got rid of inWorld.

Nothing annoys me more than dragging a hunt over to the edge of a zone where either the monster doesn’t care to move or other hunters are too clueless to kite the monster someplace more sustainable. Without warning, I could jump in with my insect glaive, only to suddenly pop into the next area like forced teleportation because the monster is allowed to cross the thresholds of a loading zone but I can’t. Or maybe a monster will knock me through the load zone and that may be all well and good to recover, but it also serves to break my concentration because I was once again forcefully teleported.

Anyway, I spent a lot of time ragging on these differences because they’re all very nice, quality-of-life changes that were improved inWorld. I’m still gettingGenerations Ultimate myself because there are elements from older games I do miss or find enjoyable that aren’t present inWorld.

An avalanche of variety

I’m going to take a quick sentence to remark that there’s a lot of stuff to hunt and craft inMHGU, but if you’re new to it, you’ll spend a couple dozen hours doing busywork thatWorld for the most part distilled to an hour or two of fluff. Get ready for more egg deliveries, small monster culling requests, gathering, and plenty of quests like multi-bird wyvern hunts. Not to mention that for whatever reason, the key quests meant for progress are unmarked, whereas they’re all in the assigned quests menu inWorld.

Get past that though and there are literally over one hundred fun hunts and boss fights for you, all rewarding parts for unique equipment. Iron weapons with monster parts glued on won’t be in MHGU.

There are hunting horns that looks like flying V guitars, light bowguns that are just miniature tanks, and great swords that look like you ripped the horn right off a Monoblos. And there are more fun gimmicks: weapons that are half red sharpness and half white sharpness, weapons with a sliver of purple sharpness but evading continually sharpens them, and weapons with damage and affinity so high that their damage almost breaks even despite being only green sharpness.

Do you want dual blades that resemble giant, windmill shurikens? Or how about a long sword that looks like Death’s scythe? You can wield an ebony blade with a scorching hot glowing edge while dressed in armor that looks like a football player, or a woolly Eskimo, or even an onion knight. 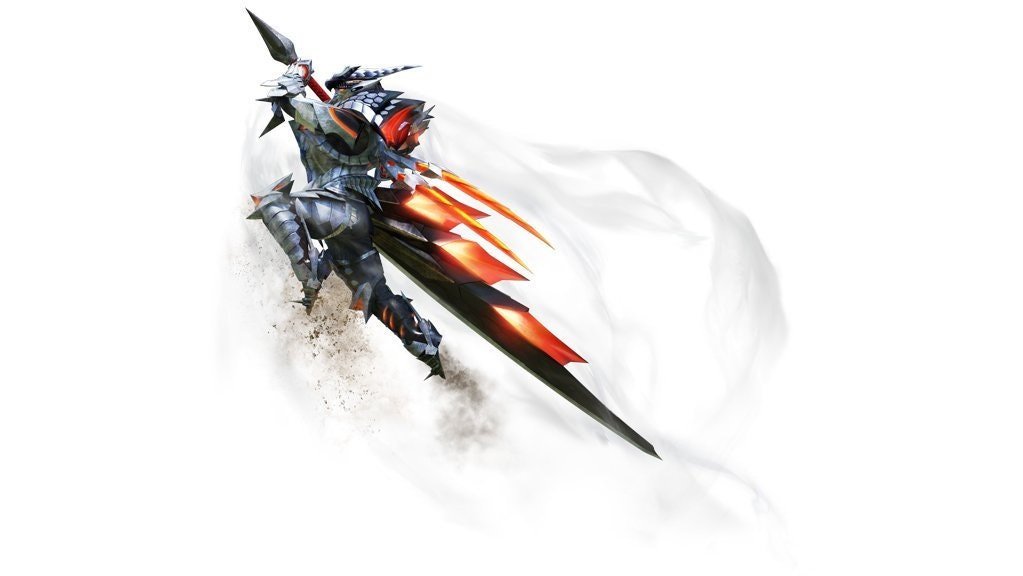 Did you find yourself hunting the same endgame monsters over and over again? After all, there were five decent elder dragons at launch worth hunting for equipment followed by all the monsters again, but tempered, before getting into post-launch content.

If you hear people inWorld chant endlessly for monsters like Zinogre or Seltas Queen, it’s because those monsters are extremely unique compared to the mainline of wyverns inWorld. Older games are home to more biologically varied creatures that amount to giant insectoids, arachnids, frogs, and even monsters that are more aquatically developed, considered leviathans.

Overall, I love the improvementsWorld brought in to make the Monster Hunter series feel more modern, as opposed to being the same it’s always been. But being the same game as before means they can cram so much more personality and variety on top of what they have already established. I’m looking forward to gettingMHGU because it may as well feel like a separate and exciting game.