From Software has announced a release date for their comprehensive soundtrack collection based on the warmongering mech series, Armored Core.

The Armored Core Original Soundtrack 20th Anniversary Box contains the OSTs from all fifteen titles in the series, including mobile titles and DLC releases. If that wasn’t enough, there are two further CDs of unused tracks, remixes and sounds. All in, this equates to twenty CDs of pulse-pounding battle tunes. 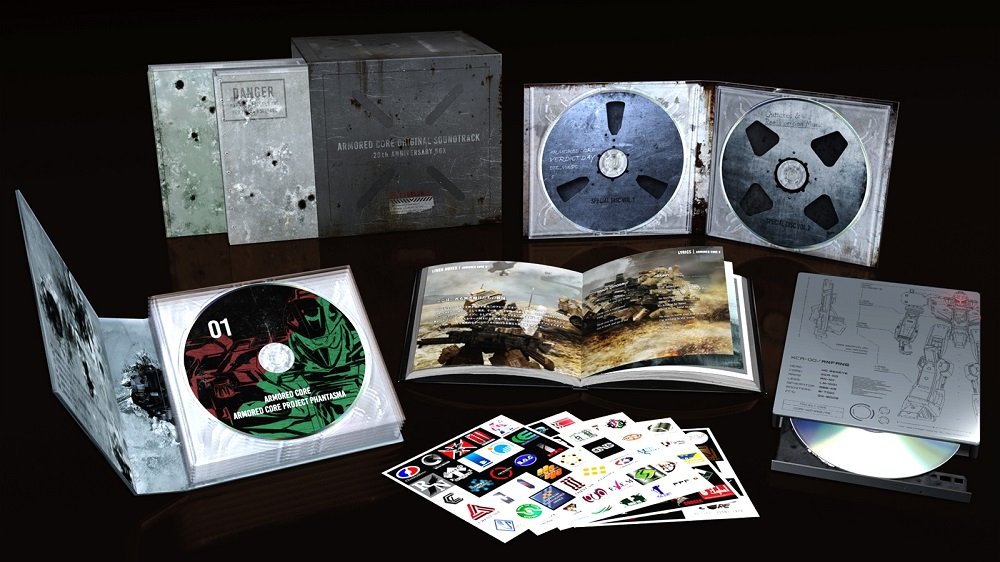 Some extras for you to peruse whilst you’re chilling out to your favourite tracks include an artbook and some sheets of stickers, featuring various logos taken from the game’s fictional manufacturers. Put them on… your pencil case… or something, I don’t know, I’m 38.