I’m having a great time but I might kill someone

Remember QWOP, the frustrating-as-hell human-body-haver simulator that was great fun? Developer No Brakes Games may be creating the next best thing by adding in bizarre dreamscapes and physics-based puzzles with Human: Fall Flat.

At this point I’ve only played for a couple of hours, but I’m finding more and more to love. The basic crux is this: playing as what I affectionately refer to as “Goo Boy,” you have to use the left and right mouse button respectively to use your silly little arms to manipulate the world around you. For instance, if you want to move a small dumpster over to use it as a platform, you have to use both buttons to stick your hands on it and push it over. That’s about as basic as it gets, and it doesn’t stay basic for very long at all.

After a brief tutorial, I went through an exit door and fell through the sky until I landed in what looked like a floating construction zone. Suddenly I was having to manipulate wrecking balls to destroy walls, swinging precariously from them Miley-style, and using cranes to lower platforms. Past that, I was in a fantasy-themed area complete with castles and catapults (which, yes, I used to launch Goo Boy to my great amusement) where the puzzles changed significantly.

Even cooler is that I just watched a video about the game and realized there were completely different solutions to rooms that I thought had only one obvious answer. In one room with a small staircase that would have led to a door if not for a gap in the walkway, I used a pole to vault across but it took me a few tries. In the video, Goo Boy used that same pole to wedge them between a barred wall and tried leverage to bend them apart. Never would have thought of that! 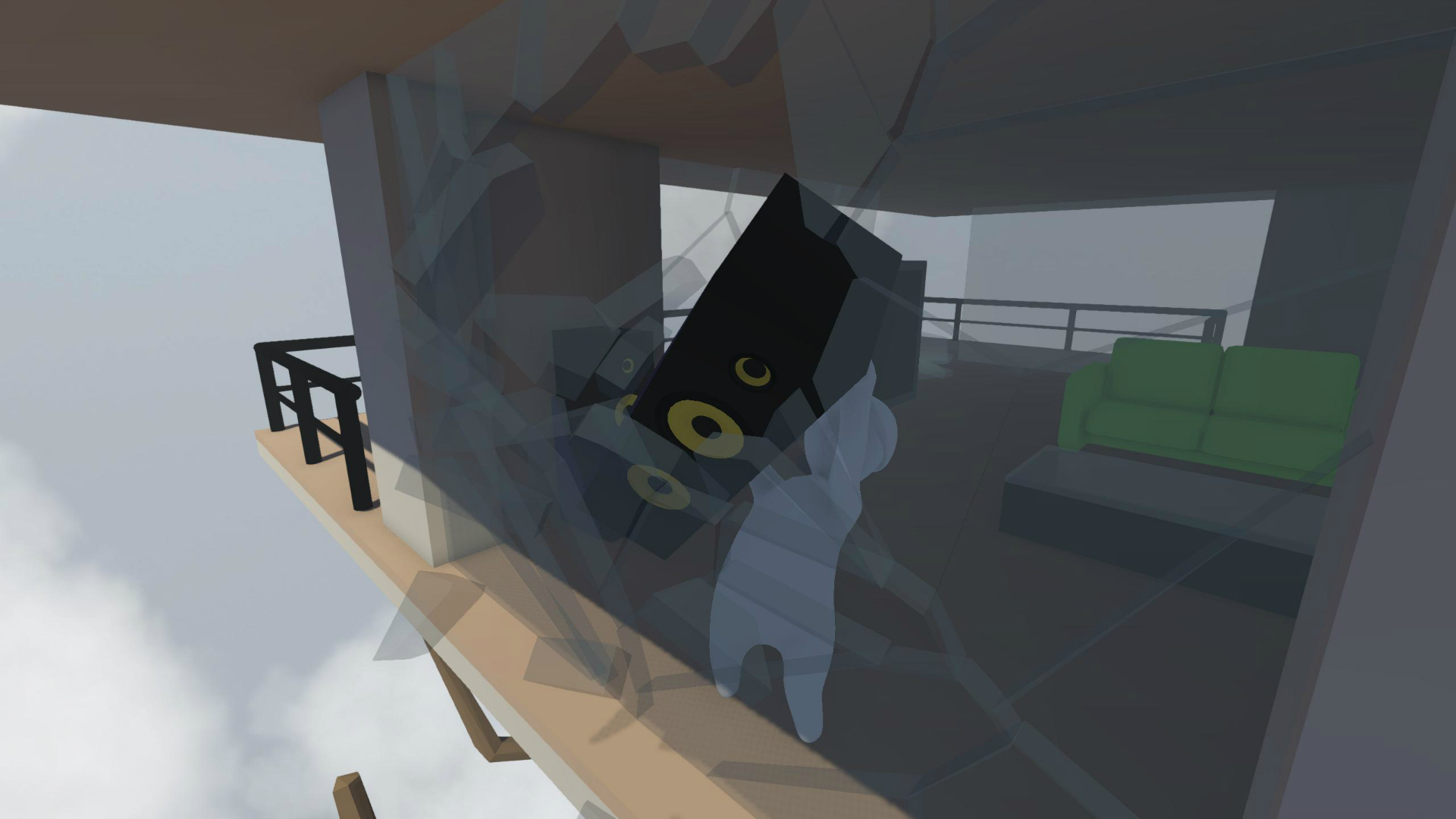 That’s not to say that everything is roses and unicorns (or whatever floats your boat/bakes your pie/butters your biscuit) with Human: Fall Flat. Your character’s sticky hands often get stuck to the floor when you’re trying to pick up objects, which made me want to crush my mouse like a can of soda, yelling “Just fucking pick it up, you goddamnGoo Boy!” There are also times where his hands just won’t unbind from a surface, though that’s happened very infrequently thus far. One of the features that I’m looking forward to is being able to draw on your avatar’s face or even placing your face on it, but the menu in my early demo is blank so I can’t really navigate it at the moment.

These are little issues that are probably being worked ’til the last minute before it releases on July 22. Expect a review then.