It still has that power over me

It’s an unending joke at the Microsoft booth here at gamescom. Nearly every group that walks into the booth seems surprised and amused that the shiny new Xbox One is powering this decidedly simple ball bouncing game. A lot of them act as if they are too cool for experiences as simple as Peggle 2, moving onto to some of Microsoft’s other offerings.

But that’s not the case for me at all. I nearly missed an appointment playing Peggle 2.

I’m going to be straight with you: it’s more of the same. But I don’t think that anyone that enjoyed Peggle is going to complain about that.

The objective is the same: clear away all the orange pegs scattered about varied game boards with the allotted number of balls. The left stick aims the gun and the A button fires it. Simple. You’ll try to bounce these balls off other pegs and surfaces to get the most out of them before gravity takes over. 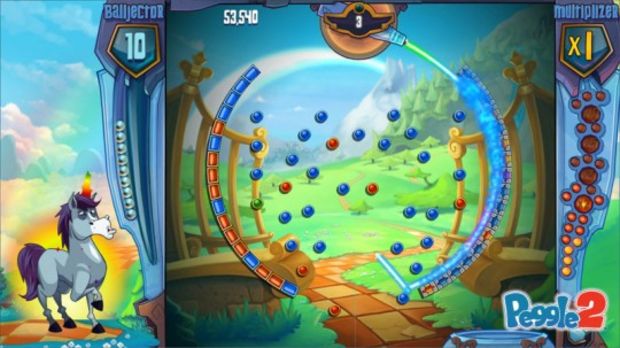 PopCap says that the Peggle Masters take the spotlight here this time around, but I only saw Bjorn the headbanging unicorn. He dances (and headbangs) around as you play, entertaining you as you try to knock out orange pegs. His grunty struggle to produce balls before each level is a bit peculiar and gross, like he’s pooping them out. Gotta love PopCap.

The most improved aspect of Peggle 2 over its predecessor is the sound. I’m happy to report that the feel-good “Ode to Joy” victory music is still intact, and somehow happier than ever. But there are more musical elements that also tie in to make the experience a bit more entertaining. I liked that each peg hit signaled a musical note, with each consecutive hit moving up the scale, with musical modes changing with the music, on the fly. Nice touch, PopCap. 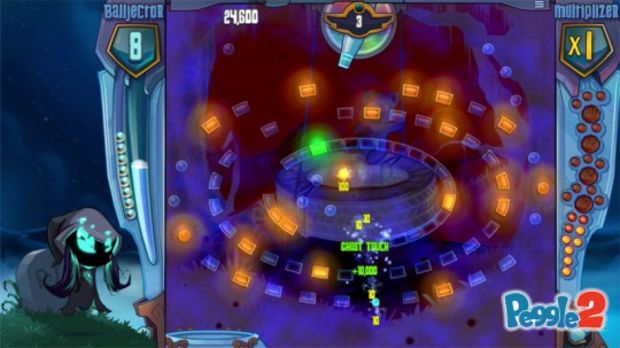 But aside from the shinier sound and the nice HD graphics, I see nothing here that digs down very deep into the Xbox One’s power. Maybe the game’s multiplayer features will benefit from the new console’s innards. We’ll see.

But who cares if it doesn’t? Peggle 2 was fun enough to have me apologizing at an appointment today. I told them that the floor was too busy. I hope they don’t read Destructoid!