Dancing in the streets

I danced in the park today. While everyone else was in meeting rooms, I did turns and pirouettes in Yerba Buena Gardens as the sun beamed down and cherry blossoms fluttered by in the soft spring breeze.

This all may sound lovely, but I looked like a dork out there in front of everyone. But I’m not ashamed because it was a lot of fun.

Making of Bounden – Part two from Game Oven on Vimeo.

I danced while playing a game called Bounden. This a two-player smartphone game where each player grips side of the device, placing and holding their thumbs on a given spot on the screen. They’ll then guide a point through a series markers by turning and rotating the phone around together. These markers are laid out in a way that has the players performing a dance together.

So there I was, in Yerba Buena, right behind the North hall of the Moscone in San Francisco, dancing around with game designer Adriaan de Jongh for all the world to see. He was leading, thankfully. He flowed and glided; I shuffled and dragged. It was like a standing game of Twister. I have no business dancing.

I felt even more like a goofball when I learned that Bounden was made in cooperation with the Dutch National Ballet, and set to classical music. Suddenly, his graceful arcs and arms-over-heads turns made much more sense. These are moves that were built from the actual movements of performers from the group, created by their choreographers. 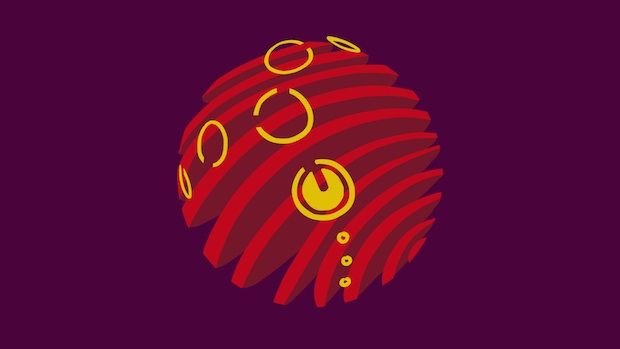 Adriaan explained how the dances were created after we worked through a few steps. The ballet performers were given a phone to dance with, and it was through this that their moves were tracked. He used this data along with their custom smartphone-based editor, letting in input data while watching the performers, creating each sequence with markers.

Aside from four ballet-type performances, Bounden will also feature four more playful dances. Learning the first time out was already enjoyable, but I quickly found that I wanted to practice and get better at it. Thankfully, a training mode will be available to learn smaller segments of the dance. 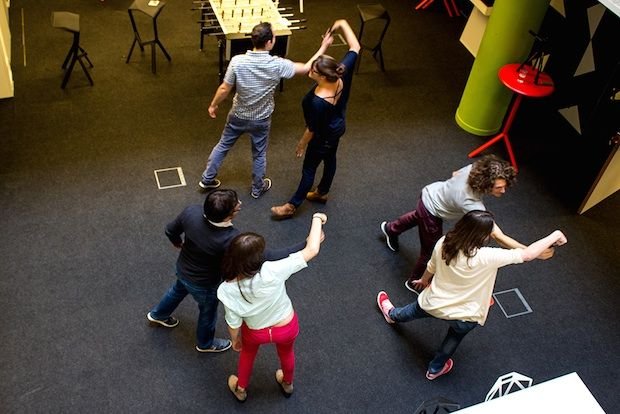 While I’m no ballet performer, I could easily see how Bounden could be pretty enjoyable. I liked how we could just show up at a park, pull out a phone, and get to playing — no screens or other equipment needed. It would do great at parties, and could be a good excuse to get in close to someone you’re attracted to.

Learning to dance? That might never happen for me. But Bounden lets you and a willing partner at least feel like you’re making beautiful gestures. It’s a nice balance of challenge and fun, available for play for anyone that has a phone in their pocket. What a lovely idea for a game.