When I reviewed I Hate Running Backwards, one of my biggest complaints was the uneven difficulty balance. Due to the procedural generation, certain levels could end up being dramatically harder than subsequent levels and restarting meant dealing with occasionally unfair odds. This became compounded by the fact that quitting the game meant your unlocked shortcuts reset, thus forcing you into finishing it in a single, prolonged sitting if you hoped to reach the conclusion.

Thankfully, all of that has been fixed and the game is a lot better off for it. 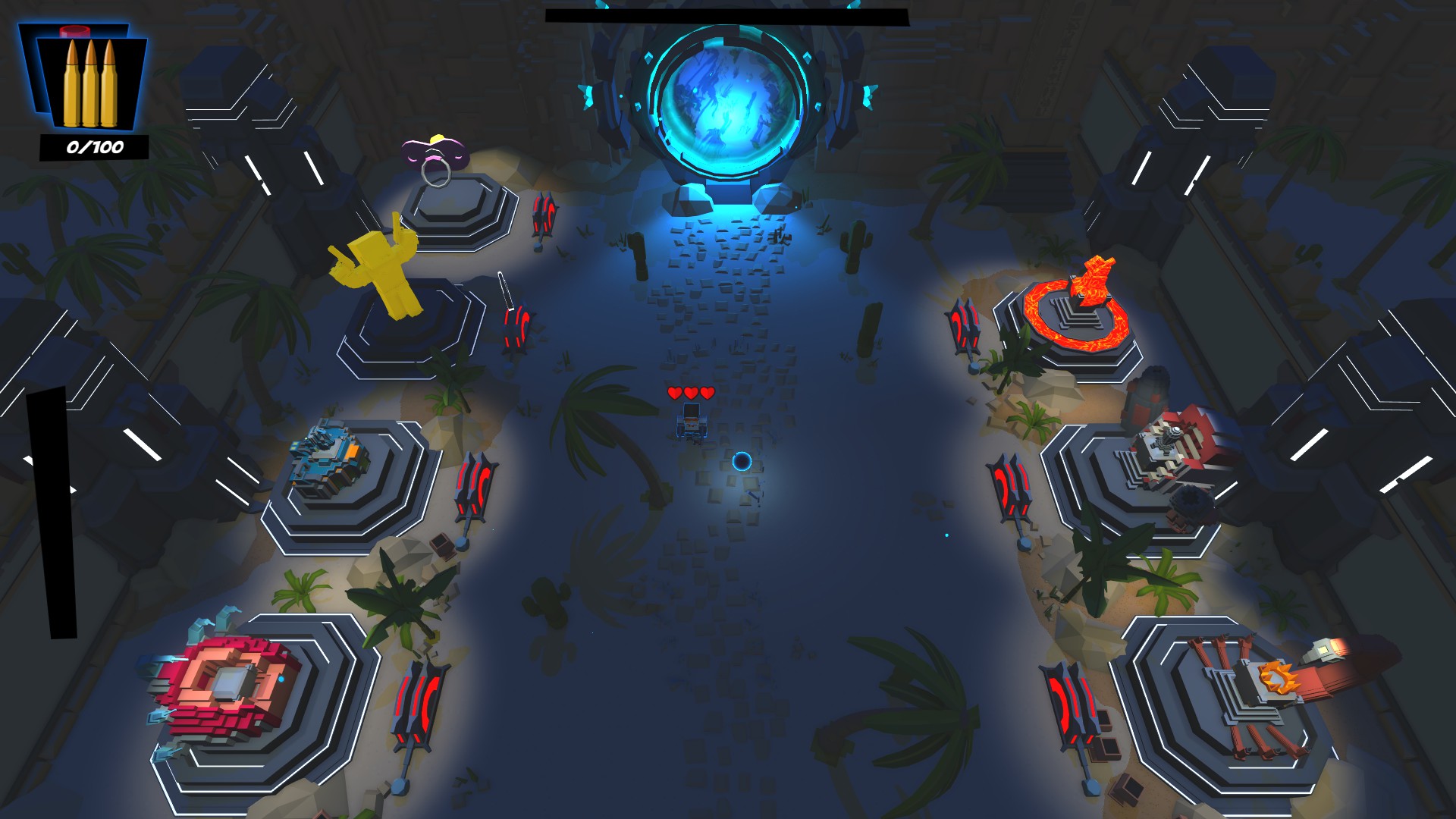 Let me just say that I’m very happy developer Binx Interactive didn’t react negatively to criticism. My review was harsh but ultimately fair for how the game played out. It was a fun idea with a lot of charm, but it just had issues to overcome before reaching greatness. In the comments section of that review, Filip Kovac of Binx commented that a lot of my issues would be addressed in a patch.

Basically, every change in I Hate Running Backwards’ first patch brings out the quality I knew was there.

For starters, levels aren’t as long anymore. While the general speed hasn’t been increased, levels move by a lot quicker and this increases the pace of the game twofold. Instead of taking twice as long and sifting through boring patches, I Hate Running Backwards is constantly throwing enemies at you and giving you a lot of ammo to deal with them. 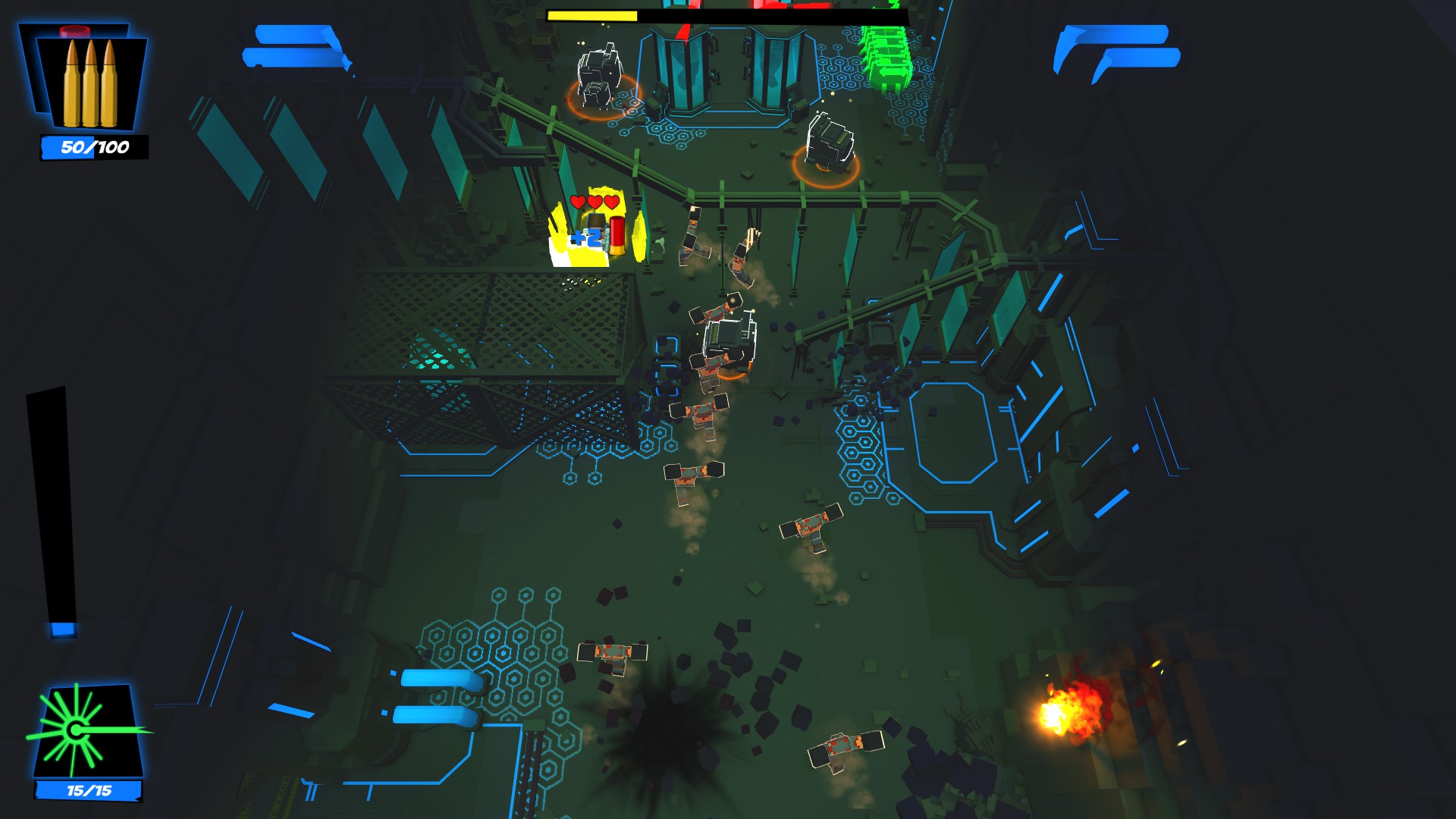 Yes, ammo has been increased as well. While it doesn’t outright break the game (you’ll still run out from time to time), you’ll now feel better equipped to deal with the sometimes harsh random generation. Even co-op mode, which often saw me battling with my friend for ammo reserve, is greatly improved from this tweak.

That same friend I played co-op with for review was also completely hooked. While he wouldn’t call the game a masterpiece (he is a harsh mistress), we were compelled to stream it for two and a half hours straight with our goal being to finish it. We ultimately fell short, but mostly due to our adult lives instead of tedium and frustration. Damn you responsibilities!

Those boss shortcuts now permanently unlock, too, so you can start the game out and skip to the appropriate level without having to repeat a bunch of stuff. With the snappier pace, though, I actually don’t mind trekking through previous bosses and amassing some upgrades before giving Ugh-Zan another shot. As I quickly learned, the final boss is actually a two-parter, so I was ridiculously close to finishing the game during my review. 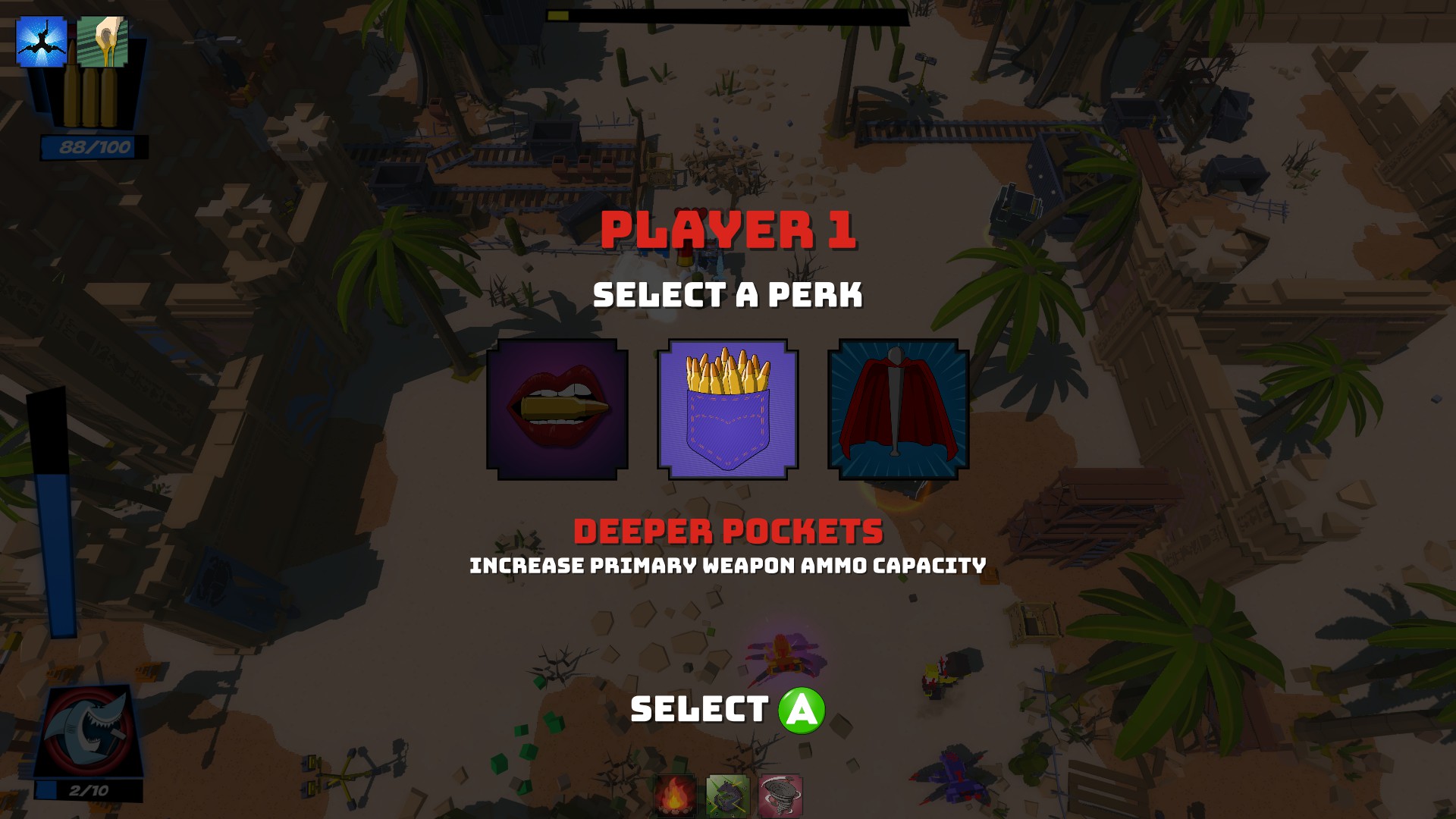 The only real blemish is that you can’t skip to that final part, though that is actually coming in another patch soon. At least if you get tired of really putting your A-game on, you can now toggle the newly added “Baby Mode” to soften the difficulty a bit. Along with giving you an extra heart, Baby Mode also removes most of the stage hazards and gives you even more ammo to push the odds in your favor. Talk about easing up!

Some people might scoff that I Hate Running Backwards is now easier, but I appreciate all the effort Binx Interactive has put in to make sure it’s fairer. I’m all for tough games, but the original release was a little beyond difficult. It went straight into tedium and, ultimately, hurt the game too much for me to recommend.

Now, though, I’d say give it a shot. The patch is not yet live for consoles (due to Sony and Microsoft’s certification policies for updates), but it shouldn’t take too long to hit each network. All of this means that when the game launches for Switch, it should be an easy recommendation for people that want a co-op shooter on the system.

I still haven’t quite figured out how to unlock certain characters, but I’m more compelled to return to I Hate Running Backwards because of these changes. It more aptly lives up to its title and is just generally a chaotic blast. I guess I’d like to see some online multiplayer, but I’m definitely happy with what Binx Interactive has done.

If you’re a Serious Sam fan and you want something to tide you over until Planet Badass comes out, definitely pick-up I Hate Running Backwards. If nothing else, you’ll get to hear the wonderful chorus of headless kamikaze guys screaming. Who doesn’t love that?