Ramblings from the dementia ward

It’s hard not to sound like an old man when you go off on something like this. Decrying modern advancement in favor of some kind of nostalgic never-was is always a terrific way to seem out of touch. Intellectually, I know that the past is usually not as good as you remember it was, and you never appreciate what you have in the present as much as you should. But with that said, I really miss demo discs.

Also, get off my lawn, whippersnapper. 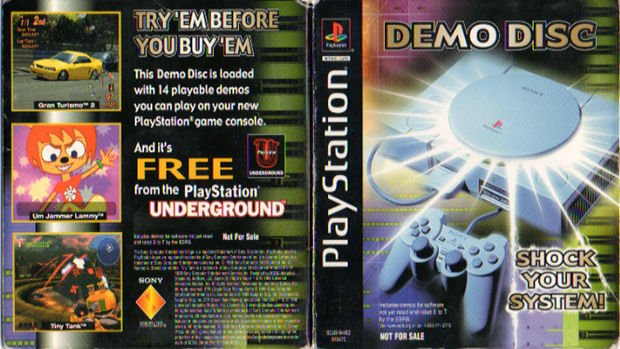 For the younger gamers among us, or those who missed the heady days of PS1 and pre-broadband internet PC gaming, demo discs were a phenomenon in the mid-’90s to early 2000s. You’d find them packaged in with gaming magazines, or on a rack next to the checkout at an EB Games for the same price as a single weekend rental, or through weird cross-promotional deals with Pizza-Hut (the guiltiest pleasure).

In all honesty, they weren’t some grand new invention, just a logical step forward from the shareware floppies of the PC world. But, for gamers raised on consoles to that point (like myself) the entire concept was revolutionary. Instead of just reading a review in a magazine, or watching a 10-second clip of repeating video at the mall kiosk like a hobo, you could actually get your hands on a small chunk of a game and play it for yourself. In fact, you could get your hands on all kinds of games in a single disc!

I probably clocked as much time on demo discs as I did on actual games on the PS1. I remember playing the Metal Gear Solid demo (with the Japanese voice actors!) over and over again, wringing every last drop of gameplay from it. I spent hours replaying that 20-minute chunk of the game, finding new ways to mess with the guards, or just having fun leaving foot-tracks in the snow. By the time MGS released, I felt like I was playing a sequel more than anything.

Any shump on a demo disc triggered my latent OCD, and usually talked me out of buying the game. I’d spend so much time setting and breaking personal high scores on the demo stage that I never felt the need to purchase the full version. Gimmicky games like Bloody Roar suffered a similar fate; you really only needed to see one or two kung-fu guys turn into a tiger or wolfman mid-fight to appreciate what that series had to offer.

It was such a thrilling novelty at the time. In fact, demo discs were one of the main reasons I wanted a PS1 so badly (aside from Final Fantasy VII). 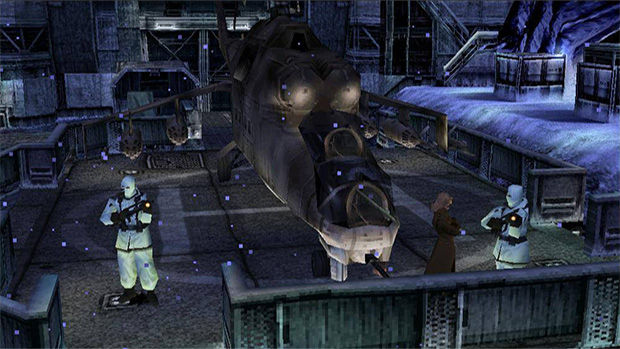 Of course, that all seems wonderfully old timey and folksome now. These days, with every console offering downloads, “beta tests” for multiplayer titles out a month before release, and Steam occasionally offering free weekends with entire full games, it’s hard to even remember an era where demos weren’t a ubiquitous, expected, and wholly commonplace part of the industry.

But if you ask me, it’s not the same as it used to was (I say, gesturing wildly with my cane, not noticing that my housecoat has fallen open and I’m exposing my shriveled, long-unused bits to the horrified nurses).

It’s important to remember that demo discs were a bundle of games, a collection of samples. Nowadays, it’s easier than ever to get a trial of a specific game. Maybe too easy. You just go into whatever system you’re on, search down the title, and download. You don’t need to bother with anything else.

Back in my day (spittle dripping down my chin, staining my bib), you ended up playing whatever the hell was on a disc, and you were better off for it.

Thanks to demo discs (and juvenile poverty) I played all kinds of games I never would have touched. Back during lean days, demo discs were a godsend of gaming goodness, a way to milk hours of enjoyment from your PlayStation without tossing out another 60 bucks. If something was included on a disc, you were eventually going to play it – no matter how outside your wheelhouse it was. 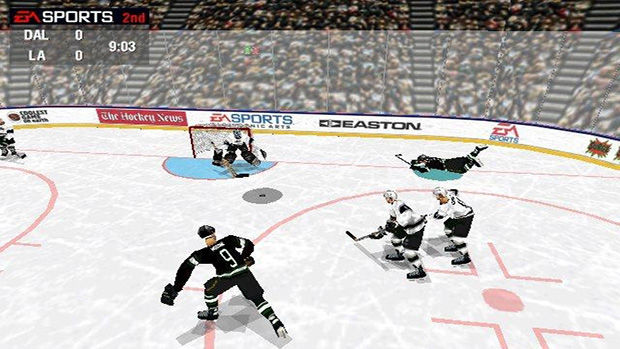 I fondly remember one summer when my brother and I were flat broke. We ended up playing a demo of NHL ’98 over and over again, in part because we had exhausted every bit of gameplay from our library and had nothing else to do, and in part because we found out (much to our contrarian horror) that it was surprisingly fun. We would later half-jokingly, half-seriously, float the idea of picking up a copy of it because we enjoyed it so much.

I know we weren’t the only ones who had our horizons broadened because of demo discs. I’ll never forget a surreal Saturday when we were invited to my uncle’s house specifically to play PaRappa the Rapper with his whole family. You have to understand, my uncle was not the kind of guy who was down with quirky Japanese rhythm games. He was an old-school adventure and RPG guy, into Kings Quest and Diablo, not animated rapping dogs. But they played PaRappa on a demo disc and ended up madly in love with it, unable to get enough.

It represented a sea-change in their home; the PC was banished to the basement office while their PlayStation library seemed to swell every weekend. That PaRappa demo, as odd and silly as it was, opened that whole family up to an entirely new world of gaming.

Developers have had a lot of time to recognize and absorb the importance of demos as a marketing tool. As such, they (rightfully) put a lot of work into making them smoothly polished experiences that show off their games in the best possible light. That’s all well and good.

But goddamn do I miss the wonkiness and sheer silliness of old-school demo disc games.

Yes, most demos from that era were perfectly fine. But then there were the wonderful exceptions. The sweet beautiful monsters of sublime weirdness that would just leave you speechless and boggled.

There is something retroactively charming about demos for games that were only half-cooked. Shown off before they were really ready, featuring placeholder sound effects and UI elements that wouldn’t show up in the full release. Or the sloppy, painfully rushed demos that would drop you into the middle of a game with no explanation or context. Like waking up out of a fugue state in the cockpit of a plane, blood all over your hands, smeared on the instruments, people screaming at you to pull up. Have fun!

It was a weird peek behind the curtain during a time when the gulf between development and consumer was as wide as possible. It was always fascinating to compare what was cut or changed between a demo and the full release, and speculate on the reasons why. I remember feeling savvy when I started to understand the differences between a good demo and a bad demo from both a consumer and developer perspective. In a weird way, demo discs helped to make me a craftier, more aware, gamer (and I bet I’m not the only one). 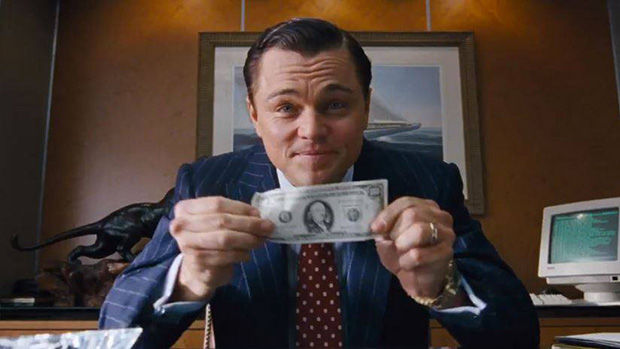 Yes, demo discs were a promotional tool. And yes, bemoaning their obsolescence is almost as slavishly consumerist as being wistful for the days before PVRs and being able to skip the commercials. Part of me is embarrassed about that. I’m not entirely comfortable with the idea that I really and truly loved some marketing gimmick; my 15-year-old self, clad in a Rage Against the Machine T-shirt, would be mortified.

But demo discs were promotional material in the best possible way. We take it for granted now, but being able to try out a game before you plunked down money on it was a fantastic opportunity back then. Honestly, they ended up warning you away from sub-standard titles as often as they sold you on something.

They enriched your gaming vocabulary. Demo discs offered select excerpts from a weird smattering of genres and titles you might never have glanced sideways at, building your library with tiny sample-sized portions. People complain that they get into gaming ruts these days, always playing the same sort of thing. I wonder if that would happen as often if they were gently pushed to try other genres like demo discs used to.

It’s probably just the pleasant fog of early onset dementia, but I would be totally fine with bringing back the demo disc format. Along with spats, The Andrews Sisters, and the rotary telephone.