I’ve heard a fair bit about Max: The Curse of Brotherhood this year. This spiritual successor to Max and the Magic Marker sounded great, but it somehow was just off my radar, lost in the shuffle among the new games and consoles we’re constantly hearing about.

I’m glad I had a chance to spend some time with Brotherhood at PAX Prime this past weekend. It’s now on my radar, and I liked it so much that I am already planning a straight-through play marathon upon its release. 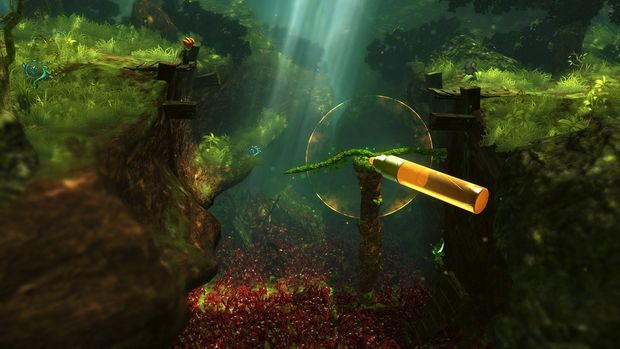 My first hands-on with this puzzle platformer had me starting from the very beginning, learning how to use Max’s magic marker — filled with the only good left in the world — to help him along his way to find his lost brother.

I found that it was quite easy to use a trigger and the right analog stick to draw in assists. While it sounds like something that might be rough in practice, this trigger press instantly has you switching from standard platforming to drawing, and I was surprised at how intuitive it was. Doing so with one face button held has you creating things, like pulling up ground platforms from the earth, or extending tree branches to walk on. Switching to another face button lets you cut away at your drawn advantage. For example, you might draw out a tree branch over some water and then cut it away to hop on it as a way of traveling across.

As much as I enjoyed this gameplay mechanic starting out, I wasn’t sure that it could hold my attention for long enough. The game certainly looks great on the Xbox 360 (and will likely look even nicer on Xbox One), and it’s not as young and innocent as it might appear at first glance, but dragging up stones from the ground to jump across a gap didn’t float my boat at first. 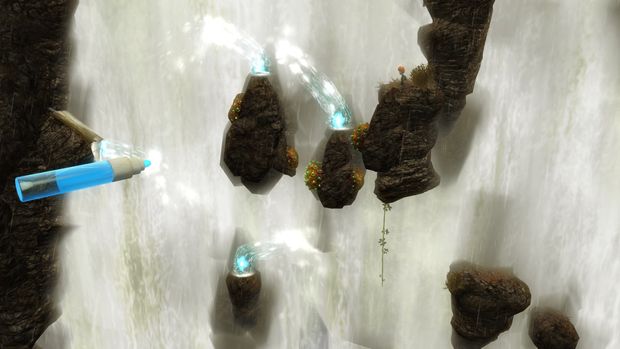 But I continued playing, with Brotherhood slowly drawing me in. Even as the first level progresses, the complexity of the drawing puzzles progresses gradually. In one part I had to move multiple platforms to just the right levels to make make it across a large gap, and another had me using two alternately to scale heights. Now we’re talking, I thought. As the game progresses, a smart blend of puzzle and platforming sets in, challenging both your thinking brain and your reflexes.

Jumping ahead to a later level of the game, the puzzle platforming ramped up quite a bit. By this time, Max is able to command streams of water that he can jump on to be propelled in its flow direction. Some puzzles had me drawing multiple crossing streams to move Max safely through caves and up cliffs. Developers Press Play watched on as I played, and they seemed to enjoy watching my struggles with some of the more difficult puzzles. And the way you die when you miscalculate is fun for everyone, so there were plenty of laughs. 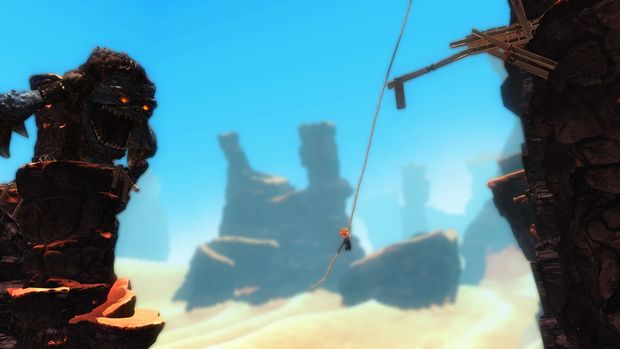 After about a half hour of playing Max: The Curse of Brotherhood, I was completely hooked. I found myself wanting to explore further in to find more puzzles and powers. It gave me a good Metroid vibe in that way. I really wanted to keep going.

I liked it so much that I imagined that I would probably want to play it straight through. Press Play tells us that this is totally possible with its 7-8 hours of gameplay. So I’m going to do exactly that for this upcoming Xbox exclusive.

If you like puzzles and platforming, make sure this gets on your radar.