Watch out for high gusts, because Good Smile Company has revealed that not only will the Kirby Nendoroid be receiving a re-release, but that he’ll be joined by a brand new Ice Kirby Nendoroid.

The new Ice Kirby will essentially be a base repaint of the regular Kirby, and includes the same face parts, but will come with a variety of new accessories. These accessories include not only an ice crown, ice breath, and ice effects for skating, but other Kirby abilities: the umbrella for Parasol, the bandana for Fighter, and stars for the Star Bullet ability, which is Kirby spitting out an inhaled object and I had no idea this even had a name to begin with. 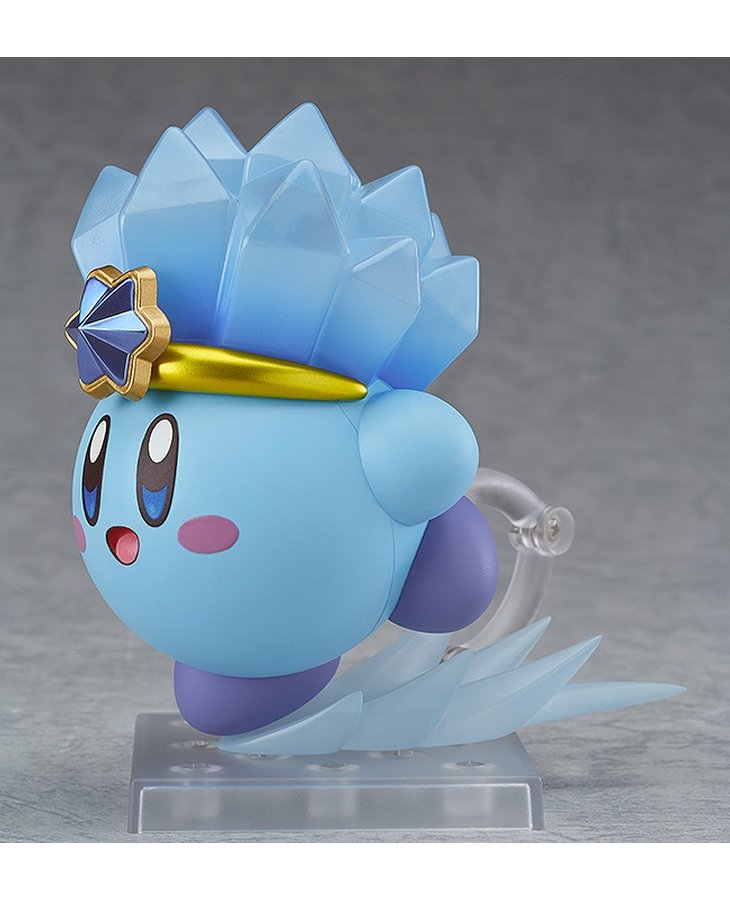 It should also come at no surprise that the accessories for both Ice Kirby and regular Kirby can be easily used on either Nendoroid, and Ice Kirby even includes a new sleeping face plate for the pink Kirby. Good Smile also revealed that those who pre-order Ice Kirby through them will receive an Invincible Candy accessory, while the re-released Kirby will have the Maxim Tomato accessory as a bonus like before. Ice Kirby will retail for roughly $43 USD, while regular Kirby will retail for roughly $40 USD. Pre-orders for both will be open until August 10, and they are expected to be released this December.

Now the real question is when will they release yellow and green Kirby Nendoroids so I can create some Return to Dream Land and Super Smash Bros. scenes. We’re already halfway there!