Resident Evil HDwas pretty freaking great. Finally, Capcom stopped fumbling around with the franchise (I liked some parts of 6well enough, but could have done without it), and went back to its roots. It’s a polarizing choice for sure. Some folks are anxious to see what Capcom can do to iterate on this 20 year old series (cue those lame “do you feel old?” posts), and don’t like the idea of rehashes. That’s fair.

But to Resident Evil Zero HDproducerTsukasa Takenaka, these remakes are a great way to unite fans both old and new. For the most part, I agree with him. 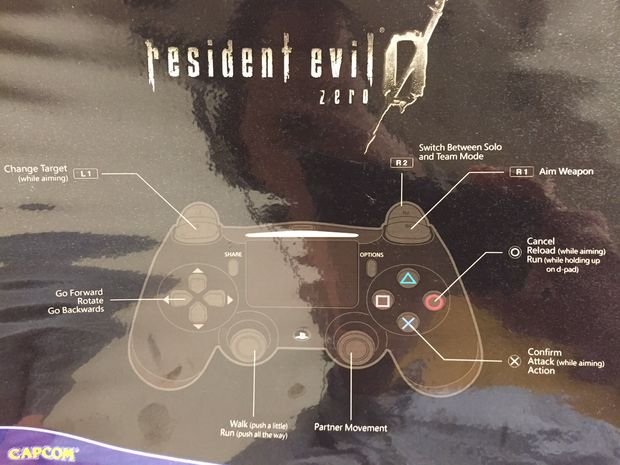 As for my hands-on session with the game, I ended up coming away satisfied. As a whole it looked even more detailed than Resident Evil HD (the fur on spiders was particularly impressive, as were the flame and steam effects), and the action was incredibly smooth, especially when coupled with the updated control scheme.You’re still going to brave the unknown with Rebecca and Billy, and in addition to a quick switching mechanic, you can also control the non-playable character with the right analog stick — so, just like the original, there’s no dumb, meandering AI that sits there while an enemy gets carte blanche to lay into them.

Some people probably aren’t going to take to a lot of the legacy features though. Like the last remaster there’s still the same “door opening” sequences (originally built for tension, but are now admittedly a tad dated), there’s still cheesy cutscenes done in the style of the original game (in other words, they aren’t upgraded in any way), and although the controls have been given a makeover, it’s still very much an old school Resident Evil game.

According toTsukasa Takenaka that’s completely ok. When asked if he considered Resident Evil Zeroan essential title in the series, he responded, “of course! The thing about Resident Evilis the more you play, the more you get out of it. So with Zero, you’re really getting that whole backstory on the first game, such as Wesker’s motivations, the story of the mansion, and more. It’s unfortunately one of the less played games in the series, but I think it’s really important and essential to the overall big picture.”

I went on to ask about Capcom’s strategy to focus more on remasters and remakes, and how that was going for them. Takenaka noted that “overall yes it’s been a positive move. We really want to respond to fan feedback, and those fans asked for more remasters. It’s a priority for us to answer that call.” I immediately followed that up with asking him what Resident Evilgame would be his ideal remaster project, to which he replied, “Outbreak,definitely.” Good man. 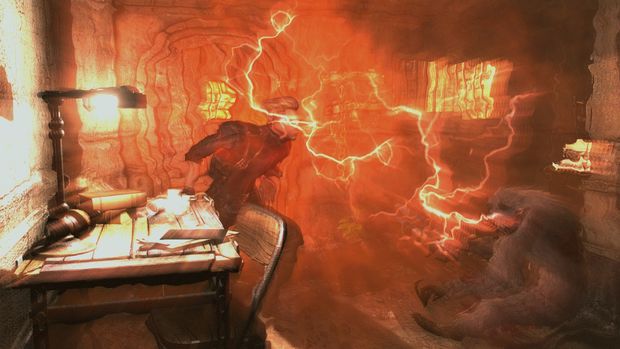 As a fan of Wesker I definitely wanted to ask for more information on the upcoming Wesker Mode in Zero, and Takenaka had a few things to say on that front — “yes, Wesker Mode is going to be the toy you play with after you’re done with the game. It’s a stress reliever, a lot like the rocket launcher or infinite ammo options in some of the other games. Here, Billy is replaced with Wesker. He has kinetic powers, and a powerful dash, but Rebecca is unchanged. He’s kind of like a power-up, and he’s based on the Resident Evil 5version of the character, which is voiced by DC Douglas.

Puzzled as to why the remakes haven’t featured a full-on Mercenaries mode in the style of the newer entries, Takenaka said that he really wanted the team to add new features, and not tread on old ground again. Going on, he stated, “well if you remember, Zerohad a mode called ‘Leech Hunter,’ and we’re of course keeping that in with the remake. But we wanted to do something new too, so Wesker Mode was born. Also, the camera angles don’t really work very well with Mercenaries, since we’re going by the old game’s camera.”

Takenaka then shared his vision for these remakes (with a reminder that Resident Evil 2is being remade as well — sadly, he wouldn’t respond to my inquiry for details on that project), noting that his main motivation was to allow younger fans to “catch up” if they missed out on the older entries or didn’t own the hardware necessary to play them. “This is not a signpost of a future direction” he added.

Really, if every old Resident Evil game up to the fourth main iteration is remade, I’ll be happy. I’d love to try out Resident Evil 3 in HD, and if Takenaka has his way, OutbreakHD on a modern online network. Capcom is trying a whole lot of things right now with mixed success, but this seems to be working, and the fans seem to want it.