Impressions from the E3 show floor are good!

Dragon’s Crown is easily one of my favorite games of E3. It’s been on my radar for years, back when it was being published by UTV Ignition, but I’ve kept my distance lately with the visual style controversy. I had the opportunity to really dig in here at E3, and I like where it’s headed.

There’s a lot more to this game than its polarizing visual style, so let’s check it out. 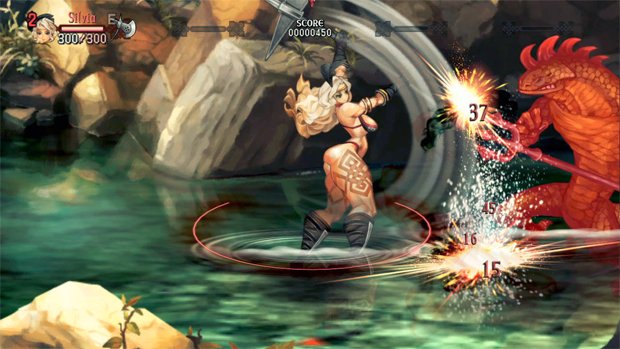 I had a blast playing Dragon’s Crown on the show floor. I tried out the Dwarf and Elf, and got a good sense of what makes the characters so different. It was admittedly pretty hectic, but I never really lost site of what I was doing with my character, which some people who’ve viewed the trailers have begun to worry about.

Players will be able to store 20 different characters per save slot, which should allow you to sample all of the game’s character classes and then some. While this is a traditional beat ’em up, you will level your character by collecting experience from enemies defeated and achievements made in a particular level, and skill points will be used to acquire and level up skills. There are common skill trees that all characters can use, and class-specific ones as well. You have the opportunity to dabble in new skills or power up ones you’ve already acquired, which will allow for a lot of customization.

Online matchmaking will happen so that similarly-leveled characters end up together. You can work in any configuration in terms of local and online play, so if you have two of your buddies at your house and one across town, you can all still play in a single game together. While the game will release on both PlayStation 3 and Vita (with both versions being nearly identical), there unfortunately won’t be any cross-play between the two versions. If you’re without friends (it’s okay), you’ll find bones scattered throughout the game that can be resurrected into computer-controlled companions who you can name and are of equal level to you, although they don’t level up.

From there, you hit the central hub city where you can access shops and other areas of interests where you can pick up quests. Each quest takes you to a different area that has its own back story, narrated by a suitably fantasy-esque voice (the day-one DLC available for the game will contain different narrator language packs). 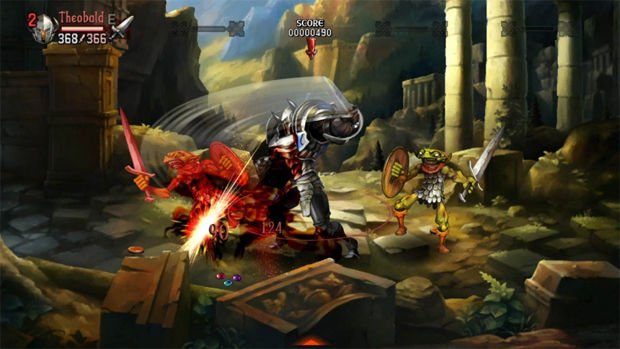 With the dwarf, I was able to pick up heavy objects and hurl them at my enemies, while the elf was able to shoot a devastating barrage of arrows in a number of directions (including up), but arrows are not unlimited, so watch for them on the ground when you’re running low. There are power attacks that will require a short cool down period, adding an element of strategy. And best of all? There are mounts! I was able to ride both a powerful sabertooth tiger and a ice-spitting reptile of sorts.

In terms of replayability, you can dig deeper into dungeons on repeated playthroughs, play at increased difficulty modes, and access an end-game randomly-generated dungeon to level up your characters and acquire exceedingly rare treasure. There will also be a player-versus-player arena to test your characters against those of your friends.

In all, the game should take approximately 12-15 hours to complete if you do everything. It’s out on August 6, and there’s an art book available to those who pre-order (the art is one of the best things about the game, from the backgrounds to the characters, to the beautiful world map). Get on it!