The Unforgiven vies for your Riot Points

Samurais — am I right? In the world of gaming, the “ronin/wandering samurai” trope is one of the most overused character designs I can think of, especially in the early 2000s, with the host of samurai-centric games on the original PlayStation.

But even still, their emphasis on speed and blade-based mechanics can lead to some interesting gameplay, often times putting just as much emphasis on flash and style as actual combat prowess. In that sense, League of Legends‘ Yasuo takes some of the best bits of his predecessors and mixes them up in a pretty fun way — provided that you can stomach yet another samurai.

You really know what you’re getting into with a samurai character, especially when his lore and character design don’t really do anything to buck the trend (I mean…he has a cowboy outfit).Yasuo is described as a “brilliant pupil” at his school of swordsmanship, and the only one to master the fabled wind technique. But the city-state of Noxus invaded his home town and killed his Elder — a series of circumstances that essentially framed him for murder, leaving him a disgraced exile on the hunt for the true killer.

I know, right? You’ve heard this story a million times before. Lore-wise, you aren’t going to get anything unique out of Yasuo — but what really matters is how he plays, and he’s a hell of a lot of fun. First off, he has no mana, and all his abilities have a relatively low cooldown period. His style is based on quickness, crits, and lots and lots of abilities. If you like active Champions that are constantly doing something, even in the laning phase, Yasuo is your huckleberry.

First off, his passive literally doubles his critical strike chance (reducing the total damage by 10%) — you read that right, with 50% crit gear, he can 100% crit. Yasuo’s passive also lets him earn “Flow,” which can also be earned by walking around. Without even striking a blow Yasuo’s passive makes him a pretty interesting character, as Flow allows him to convert a special resource bar into a damage-mitigating shield.

Remember what I said earlier though, as Flow is not a mana bar. All of his abilities cost nothing, including his early bread and butter, Steel Tempest. This is quite literally a poke, as Yasuo lunges his sword forward in a spear-like fashion in the direction of the cursor. On the third cast, he springs forth a whirlwind, which causes a pop-up effect on all enemies within its path. This directly effects and sets up his ultimate, which I’ll get to momentarily.

On the defensive side Yasuo has Wind Wall, which grants you extra Flow as a passive, or puts up a literal wall that blocks projectiles when activated. It blocks allprojectiles outside of towers for a few seconds, which not only makes it a great method of escape in a head-to-head fight, but a major game-changer in teamfights, as he can block an entire squad of five from bullets and skillshots (even ultimates).

Then you have Sweeping Blade, which operates as both an offensive and defensive ability. Simply put, this is a dash move that thrusts Yasuo forward into that really cool “slice through something, put your blade back in your sheathe like a badass” way. The only caveat is that he needs a target, so he can’t cast it like Riven as an escape unless you plan it perfectly. Having said that, it took me roughly a day to learn how to do it, and dashing througha head-on enemy and into safety, possibly into another creep is the way to do it. 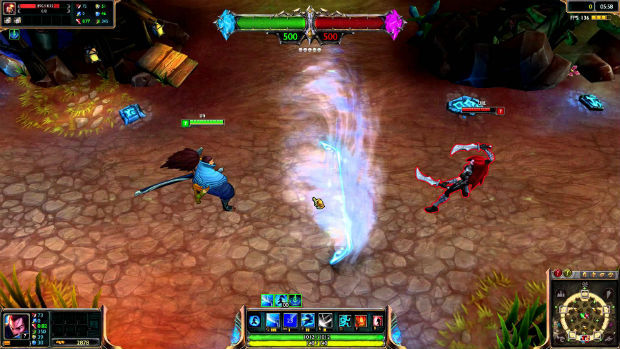 Then you add in the ultimate (Last Breath), and things start to get even more fun. When used, Yasuo’s ultimate allows him to teleport (blink) to all airborne targets within a 400-unit circle radius, dealing damage and gaining extra armor penetration upon landing. Imagine a giant 5v5 teamfight, then you throw your triple-proced Steel Tempest whirlwind in, along with a Janna wind pop-up and a Xin pop-up. You could very easily hit all five enemy Champions, making him massively effective in team fights.

What’s crazy about Yasuo is that he has a few other tricks up his sleeve beyond his QWERs. When dashing with Sweeping Blade you can activate Steel Tempest, causing a circular slash that can hit a ton of creeps or multiple Champions in teamfights. He can also dash multiple times in quick succession, making him as unpredictable as you can click. If it sounds like fun, that’s because he is. Yasuo is not only great in teamfights for multiple reasons, but his lack of mana makes him fun and effective while laning.

Building him is relatively easy as you’ll want to favor crit because of his passive, although he’s pretty open-ended in terms ofexperimentationbeyond a straight crit kit. In short, he’s accessible, but he requires a great amount of skill, as wind wall and all of his other abilities need to be aimed effectively. Last Breath requires pinpoint accuracy and attention, as you may only have a half-second window to activate it during a teamfight pop-up. 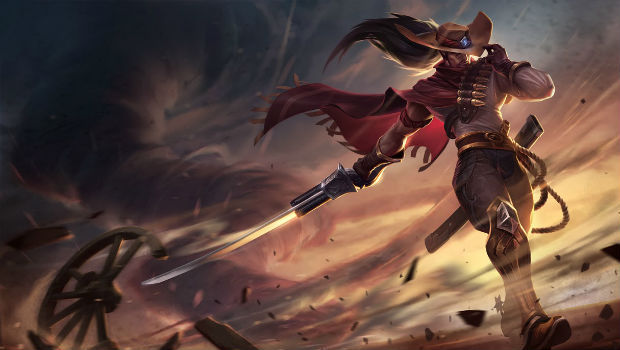 Yasuo is without a doubt one of my favorite Champions in months. He’s fast, fun, and effective, so expect a few tweaks and skill re-works as he earns his place in the meta.I hesitate to call him overpowered on his own, but with the right team with tons of pop-ups he can be deadly.

If you missed the write-up on the last LeagueChampion, you can find it here.